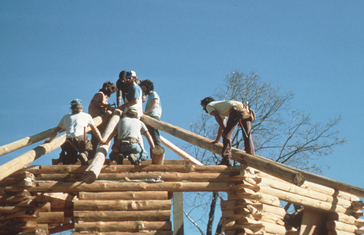 Ananda is one of the world’s most successful intentional communities. Ananda came into existence in the late 1960s, a time when America saw thousands of attempts to create new models of living. Most of those experiments never survived their first year, but Ananda has thrived and grown. The thoughtful person must wonder why? This booklet helps answer that question.

Three reasons stand above all others. First, Ananda is built on high, spiritual principles with daily meditation as the oil that lubricates all of our interactions. Secondly, we put primary emphasis on the growth of every individual. And finally, through all tests and trials, we have stubbornly held to dharma, or righteous action.

We invite you to see how “high thinking and simple living,” as Paramhansa Yogananda phrased it, is not only a possible way to live but, in his words, destined to “spread like wildfire.”

While most of the utopian religious communities that sprang up in the 1960s have failed, Ananda has flourished.

From small beginnings, Ananda has become a decentralized, worldwide movement with centers of inspiration or “colonies” in America, Europe and India. These colonies, all of them autonomous, include residential communities dedicated to “simple living and high thinking” and church-type congregations. There are also Ananda meditation groups on nearly every continent and teaching centers throughout the United States and Europe.

Chapter 2: Why Ananda Has Succeeded

Ananda Through the Years
Honoring Its Principles, Ideals, and Commitments