In one of Asha Praver’s excellent MP3 lectures she expressed a remarkable thought that I like to remind myself in many situations: When we are worried and anxious about things that can happen to us, the cause of this is that we actually don’t trust God enough. So, even though I have not yet achieved the ultimate trust that God will take care of me, I would like to share a personal story where I could actually feel that He did care a lot more than I could expect.

I had my first “serious” job as a component buyer in a big electronics factory. My dreams were to learn a lot and make a difference. However, the work turned out to be extremely dull and repetitive, the atmosphere was anything else but fun and creative, so after working there for two and a half months I felt that I needed a change. Two and a half months will not be considered a long period by most people, but my mind was set, and I know that “I deserved better.”

So I started posting resumes and going to interviews. After a couple of misses and several no-replies I hit a transport company who needed a… well… logistics person. The job would be tracking deliveries, optimizing supply chain costs and introducing new services to customers. Well, sounds challenging! The money was OK, but it was the prospect of challenging experience that I was after. After less than four months of working at the factory, I quit for the new opportunity. Not very steadfast, I guess…

On my first day, I arrived there to start my work. From my first visit I didn’t see much of the workplace, only passing it briefly and not having any impression. This time I could see it more fully — it was a room about 10 x 12m (ca 30 x 36 ft) big with around 35 desks put side by side in long rows.I arrived about a bit early, so the place was rather quiet, but gradually it began filling up with people, and it became a quite noisy with three dozens of employees shouting on the phones and to each other, truck drivers going in and out etc. It was quite similar to what you see in movies about stock broker offices. My thought was “OK.… let’s see if I can get used to it.”

On my first day, the General Manager gave me a contract to sign, according to the previously agreed terms. The only difference was that instead of the X amount of agreed salary, it stated 90% of X. I went to the manager and told him about it. He only said “Oh, really? Let me print out a new one,” without any argument. I wondered if that was a simple mistake or a nasty trick.

My first assignment was to make some cold calls to prospective customers. A cold call is a call to someone who doesn’t know you and does not expect your advertising. That was quite unexpected for me because it was not mentioned during recruitment process. Even though I am not a very shy person and I didn’t mind phone marketing as a process, I did not know anything about our sell-able services and had no clue how to conduct phone sales effectively. But I tried my best. As I found out after a while, in order to organize deliveries for the customers, I first had to find my own customers.

The company turned out to be… not a yogi’s dream place. If mis-serving a customer in any way could generate higher short-term profit, no one would think twice. If you had to lie to make a sale, that’s what you had to do. Even though I didn’t work that way, that was considered normal and even praised when it earned money. They didn’t do anything unlawful, but many things had an utterly bad taste.

I still didn’t mind doing cold calls, but I had really hard time to come up with any good reason why the customer had to buy our services — I would never use them myself. Furthermore, my mentor tried to “motivate” me by saying that the management followed my performance closely, and if I didn’t improve, that could mean an end to my employment. I cannot say if my performance was actually considered bad or not because I had nothing to compare with and also because I distrusted everything he said. To sum up, I resented my every moment there. This was the worst period ever.

However, I did not try to quit this time. My rationale was that I couldn’t change jobs so often, even though it may have been too “challenging” for me. Having quit two jobs in five months would be hard to explain.

Suddenly I received a phone call from a company where I applied for a job during my initial search. This time they told me they would probably need an employee soon, and if I was interested, we could have an advance interview to get to know each other. Well, I went there, I loved the people I was introduced to and I admired the manager. They were a bit surprised that I would like to change another job after just a month, but after I explained myself, they could understand and accept that. But they did not have an opening, and couldn’t say when they would have one.

My life in the company grew more miserable each day, and two weeks after the interview I called the “prospective” manager and asked if anything changed. Unfortunately not.

I did try to meditate on the whole situation every now and then, but my mind was so torn with emotions that I was unable not receive any guidance. However a Sunday after my second month there, I turned my phone to mute and sat for meditation, and I made a firm resolution — “God, if you want me to stay there, I will just stop whining and try my best, otherwise do something!” At that moment I actually felt a great burden of fears and worries falling off my shoulders. God seemed to lift it and carry it himself.

On the next day I went back to work. Nothing really changed outwardly, but I did not feel any negativity anymore, so I cheerfully did whatever I needed to do (and what was moral enough). During lunch I checked my mobile — seven unaswered calls! All of them were from the prospective company. I simply forgot to un-mute the phone after my meditation the day before! Well, they needed an employee ASAP this time. So I went back to the office, told my mentor that I wouldn’t be staying. In the next few minutes my contract was ended, I was dismissed and went home. The sun seemed to shine brighter and kinder that day! God really got me out of there fast, just the next day after I made the surrendering resolution.

The new company was quite fine, I got lots of valuable experience and worked with real professionals. I still keep in touch with some people there, even though I left a while ago.

The lesson I learned was that God cared much more than we would acknowledge, and that every difficult situation can be turned into an uplifting experience if we look at it from the right perspective. Perhaps it wasn’t the smartest decision from my side to join that company in the first place, but given the outcome of that experience, it turned out to be a great one!

About the Author
Dmitri Borohhov 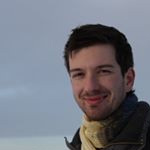