Since the first supermarkets in the 1930’s,  a general disregard for nature has been increasing. The need for growing one’s own food has become an inconvenience our “modern age” has conquered. With the rise of factory farms and greenhouses the size of small cities, the need to follow the “whims” of Mother Nature is behind us. The question for us now is: “For better or worse?”

The alarm clock on my iPhone starts with a quite beat, increasing in volume and luminosity until I reach over to put an end to its escalating rajas. It’s five a.m. and the call of the fresh, cool air reawakens my memory to the duties of the early morning. I stagger out of bed and grab my dirt-stained jeans with a lingering sweet and earthy smell. I head upstairs, grab my jacket and headlamp, and make my way to my car. In the wintertime, on a clear early morning, the stars are as bright as I’ve ever seen them. It’s one of those simple wonders of life that never cease to amaze. Once to my truck a short 3 min. drive gets me to my destination.

As I pull down the drive to the barn my headlights catch three noses poking through the metal gate. Already “Awake and Ready,” my three cows, Jessie, Daisy and Buttercup, are waiting patiently. Walking into the barn I wrap my arms around Daisy and put my head on her neck to solicit some of her warmth. After a few minutes of commingling with my friends I prepare for the morning’s milking. They stand there quietly chewing their cud in a sort of tranquil repetition. I prepare their food, grab the buckets, and let Daisy into the milking room as the first customer of the morning. Each cow takes about a half-hour to milk. It’s probably the quietest part of my day, besides mediation and sleep. Cows don’t ask questions nor do they insist on filling the air with chatter; they are silent observers, ever present and content. 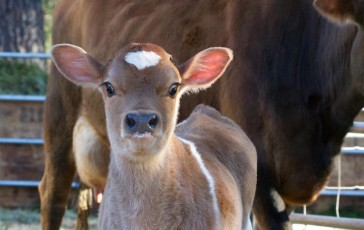 The cows are just one of my farming responsibilities. I also care for some 300,000 insects. Not just any insects, honeybees to be exact. By day they fill the air fulfilling their noble duties of nectar, pollen, propolis and water collection. And by night they exude a barely audible hum, generating warmth to keep the hive the constant 98 degrees that they need to survive. The creatures are magical! The more I delve into their mysterious ways the more I am enraptured by their intricate simplicity. They have systems and means for accomplishing anything, and together, as a community of thousands, they accomplish wonders.

I believe that there is a major shift going on in the world. A shift driven by the need for change. Young adults are abandoning jobs in the city to pursue interests in farming. People are beginning to recognize the value of communities. And most importantly, we are beginning to ask ourselves, “What truly matters?”

For years the media and popular culture have guided the world toward the need for instant, momentary, gratification. But what years of suffering and unhappiness have taught us is that momentary gratification only leaves us with momentary satisfaction. So, in contrast, what does working hard and working with purpose leave one with?

In Living Wisely, Living Well Swami Kriyananda writes, “Your reactions to events are more important in your life than the events themselves. Make sure that you react always in such a way as to increase your inner peace and happiness.” The only sure thing in farming is that things rarely go the way you want them to. In itself that is not a bad thing. It gives one ample opportunities to practice faith and patience without sacrificing determination and joy. Nature has its own design and timing. It is up to us to work with and adjust to that evolution.

Life is not about arriving at destinations. Life’s value lies in the lessons we learned, from the journeys that guide us toward our destinations. In today’s world we spend most of our effort trying to eliminate the time spent in getting us from where we are to where we want to be. All of our industrialized models are built around the idea of producing, “more, bigger, and faster.” But to what end? What kind of world do we create when “Who we are” and “What we have” is never enough? Paramhansa Yogananda said, “The whole world was created for our education and entertainment. But ah, how few are either educated or entertained!”

I would like to extend a personal invitation to any young people out there looking for a more fulfilling day-to-day experience. There is so much misguidance out there and at times it can seem almost impossible to do anything other then to accept the status quo. However, from my own experience, I know that we have the ability to create any reality we could ever dream of. It is time we gave up the dreams of others and embraced the dreams of our own calling. 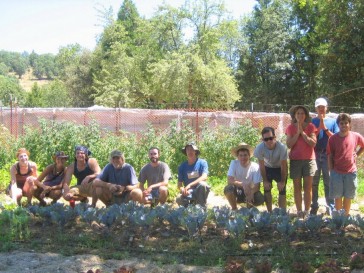 Ananda’s mission is to offer individuals the tools necessary to living a fulfilling life based on universal teachings emphasizing simple living and high thinking. If you are able, we would love for you to come and join us; for an afternoon, a weekend or forever, the door is open.

About the Author
Steven Kaufman