The words melded themselves into my dreaming consciousness, challenging my sleeping brain to accept the shocking news. Rising quickly out of bed, I honestly couldn’t tell if I was still in a dream or in some kind of altered reality. The clock read 12-midnight, and I closed my eyes and felt the blast of vibration and emotion that was rippling through the community. Surreality engulfed me as I sat on the couch, my mind both shocked and racing around all the implications of this life changing event.

Meditation, if you could call it that, alternated with emails and texts as the night rolled on. The morning came, and with it the Astral Ascension for Swami Kriyananda. It is well worth hearing, if you haven’t already.

My wife Madhavi helped keep the gardens of Crystal Hermitage open that day for the 900 people that came to see the 10,000 tulips. Intense as it was, she was in her perfect flow, serving people in the astrally beautiful surroundings. Many visitors commented on how sacred, beautiful, and special the day was. Despite the diminished staff and the huge numbers, harmony flowed even more strongly than ever. 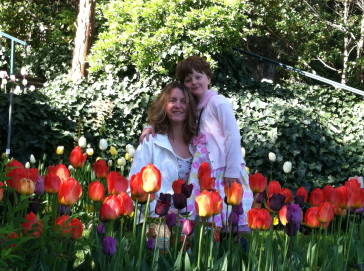 One of the most healing events during the week that followed was singing as a community at Crystal Hermitage. We sang in the St. Francis Chapel, down by the entrance, on the back balustrade, and finally in the dome. Inwardly deep songs helped to fill the cracks in our broken hearts and the upbeat humorous ones brought us laughter, allowing us to reclaim our joy and touch something tangible. Never had the music been more alive, more filled with Swami’s vibration, which was now singing with love. And more love. And a joy that can hardly be dismissed as wishful thinking or naivety. 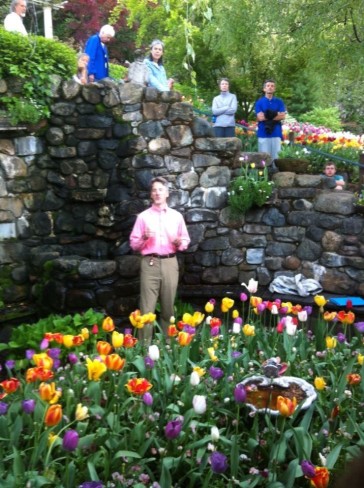 When Swami Kriyananda’s body finally arrived at the village, the emotions came yet again. My daughter wept in the arms of a dear friend as his casket was brought in. 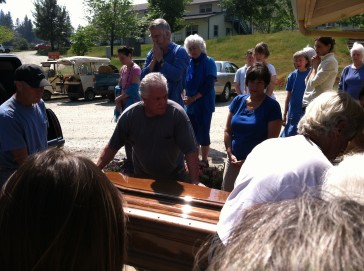 At the satsang that evening I played my cello, sitting on the dias right next to his casket. I felt like a dog standing guard over his master’s grave and played Swami’s music with a commitment previously unknown.

At choir rehearsal later that week we rehearsed one of Swami’s greatest compositions, Life Mantra. As the last chord was being sung, many of us heard a note an octave below the lowest written note. I reminded the basses that Swami wrote the chords specifically, and please not to deviate. We rehearsed the final phrases once more, and again we heard a low note trying to come through. I turned to the basses.

“David, we can’t even HIT that note!”

Ah. So there it is. Swami’s voice reverberating from the ether into our realities. 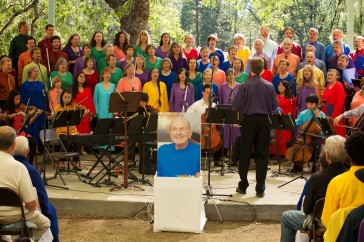 The Memorial Concert last Saturday was nothing short of extraordinary. Producing a concert is always all-consuming, but I knew that this was an event that I needed to cherish and not let slip by in the midst of stressing over the details. During the sublime performance of Swami’s Piano Sonata, I allowed myself to recenter and fully absorb the event in realtime.

Like a child struggling during a lesson, too proud and stubborn to say that they needed help, I realized that I needed to relax and surrender if I was to fully perceive and enjoy God’s presence. I need to trust that life was happening just as it ought to — trust that the future will bring all things good, challenging as they might be.

Suddenly the breeze that I feared would ruin the recording became God’s caressing touch. The birds that were adding their own song became yet another melody of joy. The sunshine on Lotus Lake never glittered so beautifully as it did that day. Swami’s presence was simply everywhere. 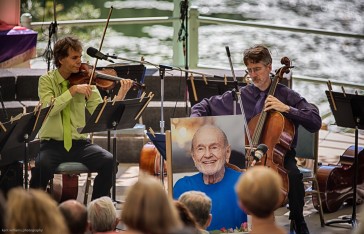 This past week I realized that just as I am experiencing that Swami Kriyananda is an entity so much larger than what he was in his body, so are all of us! When we let go of constraining self definitions, we all can feel that huge expansion of spirit, giving us a glimpse of who we truly are in reality.

Whoa. Now that’s a game changer for me.