I was looking forward to going out of town for the New Year holidays. But before doing so, I needed a proper eye exam.  My vision had been bothering me for a few months now, but I was sure it was nothing to worry about.  Perhaps I needed glasses or, at worse, had cataracts.

I picked a private hospital and was pleased upon arrival to find only a few patients.  I was sure that this would take no time at all.  I wondered where I should go for lunch.

After a lengthy examination, the optometrist smiled and announced that my eyes were perfectly healthy.  “I think,” she said with a newly neutral expression, “it’s a brain issue.”

I was sent for an immediate MRI and told to return the next day for the result. What was supposed to be a quick eye exam instead revealed an unforgettable outcome:  A large brain tumor pressing on my left optic nerve. 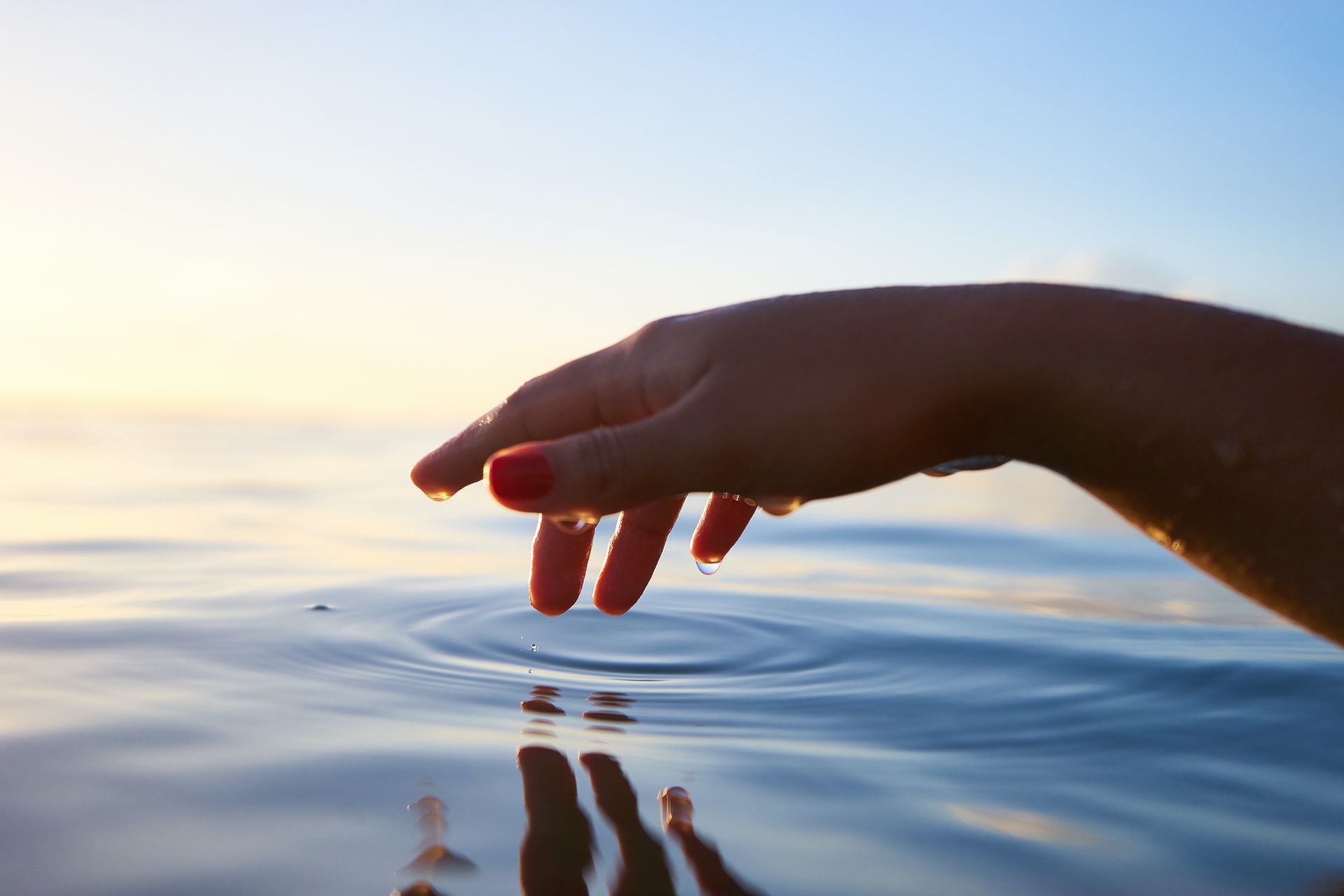 It’s now been three months after my diagnosis.  Navigating this health challenge had the potential to be particularly dreadful without relying on spiritual teachings.  I would like to highlight a few gems that made a huge difference when my world suddenly turned upside-down.

Connect with a Supportive Community

About a month before my diagnosis, my sister discovered that she had cancer.  Then, a week before my surgery, my mother was admitted to a hospital with sudden chest pain.  While my sister and mother both live in the USA, they are a 5-hour flight away from each other.  Meanwhile, I live on the other side of the planet.

This karmic storm caught me off guard, so much so that I did something that I’ve rarely done: I asked for help. I wrote to a few teachers asking to be included in their prayers, but I still felt uneasy asking friends for the same care.  Thoughts such as “don’t make such a fuss”, “people have their own problems” and “you can figure this out on your own” pressured me to stay quiet.

Perhaps sensing my turmoil, one teacher shared my prayer request with the group at large without asking me first. Almost immediately I was flooded with kindness. Messages of comfort, some from those that I have never met, greeted me every time that I looked at my phone.  At first, I felt a bit uncomfortable that the news is now public, but the supportive, loving vibration was so strong that it dismantled my ego’s feeble attempt at stoicism.

Ananda centers regularly meet for group meditation online and each one ends with sending the scared vibration of OM out to those in need. I was touched that, after one meditation, I was asked to receive this divine healing.  I welcomed the cosmic sound and felt that I was being cared for by angels.  Asking for help can very well be a thoughtful way to engage with your spiritual family; to know that there are souls from all over the world actively praying for my family and me is an experience that I shall not forget.  I am convinced that my speedy, easy recovery was, in large part, due to so many souls sending me love and light.

I am convinced that my speedy, easy recovery was, in large part, due to so many souls sending me love and light.

Prepare Now for an Unpredictable Tomorrow

I have always loved kirtans.  There are few things as moving as souls singing together, broadcasting good vibrations out into the universe.  When I was teaching yoga professionally at a big urban center, though, the emphasis was on working out the body, not sending out compassion.  In fact, one studio went so far as to prohibit kirtans, yet contemporary, bass-heavy dance music was encouraged! If I were to expect a regular paycheck from teaching yoga, I was going have to blast popular, exciting music in my class.

I felt disingenuous with my title as a yoga teacher, so I began to look for something with meaning.  I remember walking into Ananda for the first time and was brought to tears by the choir.  “Chanting is half the battle”, one of Yogananda’s proclamations, was, luckily, one of the first things that I heard when I committed to learning about classical yoga.  If singing inspirational songs can get me that much closer to all that is, then the spiritual path must be a breeze!

Paramhansa Yogananda: “Chanting is half the battle”

I had been chanting for a few years before my diagnosis.  When word got around, a friend from Ananda sent me the soundtrack for my new adventure:  God’s Power – A Song for Self-Healing. I chanted along to this video before every meditation during the days leading up to surgery.  There is so much joy, hope, and healing in this chant that I can’t help but feel loved and protected.  Each time that I chanted, I felt angels gathering and blessing me with hope and strength.

When I came back to consciousness after surgery, I recalled concerning conversations among the nurses as they hovered over my body.  I lost about a third of my blood and had trouble breathing.  I felt incredibly weak and hot.  I asked the nurses to turn me on my side because I wanted to sleep, but they refused because my blood pressure was too low.  I felt so upset with this refusal and remember being tempted by a downward pull to check out and disconnect.

I remember feeling the melody of God’s Power in my heart and saw the faces of friends praying for my recovery. I began to mouth the lyrics softly, freeing me from that downward pull. I am not sure how much time passed, but the mood in the recovery room felt lighter. My vitals began to stabilize. The nurses were no longer fretting about my vitals and one laughed because I was now singing. Everything was going to be OK.

Chanting is but one example in the extensive teachings of Yogananda; I was overjoyed to have this simple, yet potent, tool at my disposal because I practiced before things became dire.  Prepare now, dear friends, for the greatest tests seldom give advance notice before showing up.

Get Real with God

As my operation approached, I felt guided to pray in a different way.  You see, I didn’t know how to talk to God. Each time that I prayed, it was always for someone else. Luckily, I received news that my mother was discharged from the hospital two days before my surgery and that my sister’s operation to remove the cancerous lesion was successful.  I felt relieved, yet nervous, for suddenly there was no one immediately to pray for. Must I now pray for myself? Was I to beg God to spare my life?

Then, during meditation, the right prayer came to me: “Let everything that’s keeping me away from you be concentrated in this tumor and may all of it be removed successfully.”  I repeated this prayer-demand every chance I got and continued to do so as I entered the operating room.

The first days after surgery was when I first heard of Nayaswami Anandi. I remember reading a message in our group chat saying that she was nearing the end. I prayed for her and started watching her videos from my hospital bed. One speech that she gave particularly stood out.

In the video “How Yoga Has Changed My Life” at 17:03, she spoke of two quotations attributed to Yogananda.  They are: “Wherever you have placed me, there you must come” and “I will fight to win the battle for joy on the very spot where I now am”.  Please watch this – you can see the incredible power of these statements visible on Anandi’s face. 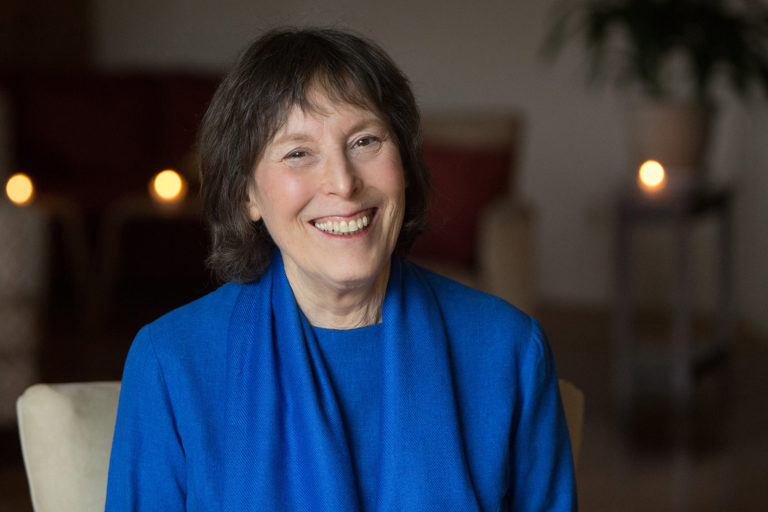 Anandi left her body on the same day that I was allowed to return home.  In remembrance of her, and of the power of prayer, I have included the two declarations above in my sadhana.  I’m quickly getting used to speaking to Divine Mother candidly and I like it very much.  In retrospect, a brain tumor is but a small price to pay for a much closer relationship with God.

As I write this, Europe is facing the biggest conflict since WWII. Add to this an uncertain economy, increasing polarity, and decreasing decency and you have our stressful modern world.  It’s enough to make anyone mad with fear.  Do what you can starting today.  Seek the company of good people. Start practicing spiritual techniques now so you won’t suffer during crisis.  Approach God as your own father, mother and friend and speak to them freely and honestly.  As Yogananda wisely said: “Change yourself and you have done your part in changing the world.”