The Mother Aspect of God

For centuries, across the world, there has been an imbalance that favors masculine energy. This is evident in the realms of religion, where God is generally described as “God the Father.” Paramhansa Yogananda tried to change this unilateral approach and used himself as an example.

I myself worship the Mother aspect [of God] especially. For the Mother is closer than the Father. The Father aspect of God represents that part which is aloof from His creation. The Mother is creation itself. Even among mankind, the human father is more disposed than the mother to judge their erring children. The mother always forgives.

Let’s look more closely at Yogananda’s explanation of the Supreme Being and Her appearance in the cosmic picture to get a clear understanding of why the “Mother is creation itself.” 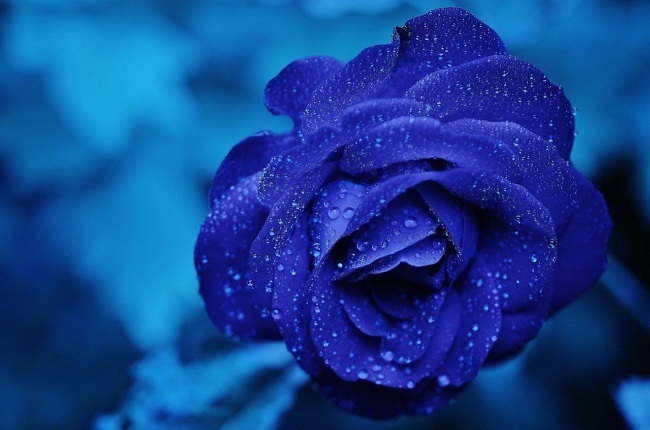 God is primordially the impersonal, genderless, timeless, space-less Spirit. God is the pure, unmoving, eternal Consciousness, but when that one Spirit manifests creation it assumes three aspects:

This is a critical point to bring to our readers’ attention: Yogananda pointedly explains that the “Holy Ghost is the Mother aspect of God.”

The Holy Ghost is the Mother aspect of God.Paramhansa Yogananda

This indeed is original Christianity. In the ancient Aramaic and Hebrew Bible, the “Holy Spirit” is feminine (see also Wikipedia, “Gender of Holy Spirit”). The words Jesus used, Rúach Hakodesh (Holy Spirit), are feminine. A more accurate translation, then, would be Holy Mother Spirit.

The one transcendental Spirit becomes both Father and Mother. Yogananda explains their differences: 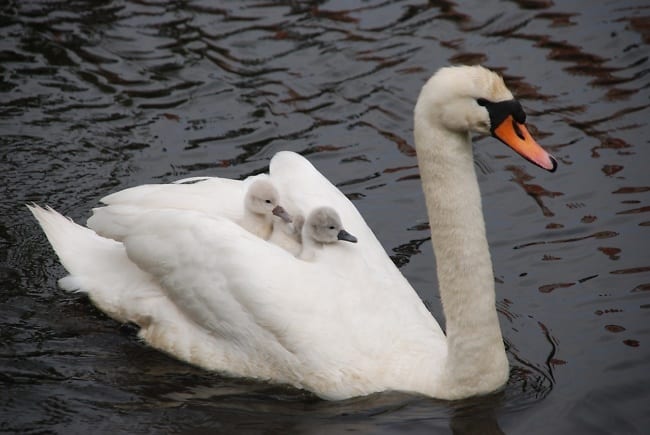 It is, of course, entirely up to us how we approach God—as a Father, a Mother, or in a formless way. In short—we may cheerfully throw all dogmas concerning the only correct approach to God out of the window. The one and only valid “dogma” is Love. He/She answers to sincere devotion, appearing with a million different faces, in whatever form the devotee worships. Yogananda, in the Autobiography of a Yogi, puts it beautifully:

A devout Christian sees Jesus; a Hindu beholds Krishna, or the Goddess Kali, or an expanding Light if his worship takes an impersonal turn…. In order to please His beloved devotee, the Lord takes any desired form. If the devotee worships through devotion, he sees God as the Divine Mother. To Jesus, the Father aspect of the Infinite One was appealing beyond other conceptions. The individuality with which the Creator has endowed each of His creatures makes every conceivable and inconceivable demand on the Lord’s versatility!

Divine Mother, naughty or good, I am Your own.

We may choose, then, to worship God as the Cosmic Mother, who is ever-close, ever-loving, ever-compassionate, and ever-forgiving towards us, Her children. From our hearts, we can talk to Her like children:

Divine Mother, naughty or good, I am Your own.
-Paramhansa Yogananda

The Mother responds more easily than the Father when the devotee prays with such pure and sincere love.

Attracted by intense devotion, She sometimes even appears in a shining, beautiful form to the devotee. In the song “What Lightning Flash,” Yogananda describes his own soul-stirring experience:


What lightning flash glimmers in Thy face, Mother
Seeing Thee I am thrilled through and through…

Many times, in fact, we read about apparitions of the Cosmic Mother, while similar visions of the Heavenly Father are relatively remote. It seems to be a universal truth: “The Mother is closer than the Father.”

How does She appear? What face does She have? What clothes does She wear? The good news is that Her versatility is infinite. Countless are the faces and forms of the Mother of the Universe to her children.

Divine Mother, as previously mentioned, is the AUM (Holy Ghost), the sacred creative vibration that manifests all creation. Through the AUM vibration, the Divine Mother appears to us as Mother Nature. Yet behind those outwards forms, She is formless. Yogananda explained:

The Divine Mother is so beautiful! But remember, in Her higher manifestation even that beauty is formless. She is in everything. Her divine, compassionate love is expressed in the raindrops. Her beauty is reflected in the colors of the rainbow. She offers fresh hope to mankind with the rose-tinted clouds at dawn. Above all, be ever conscious of Her presence in your heart.

AUM the Mother, however, also appears in many magnificent forms to the worshipping devotee, in all cultures and religions. She then becomes extremely close, loving, and personal. Let’s take a moment here to enter into a devotional mood before looking into more of Her faces. 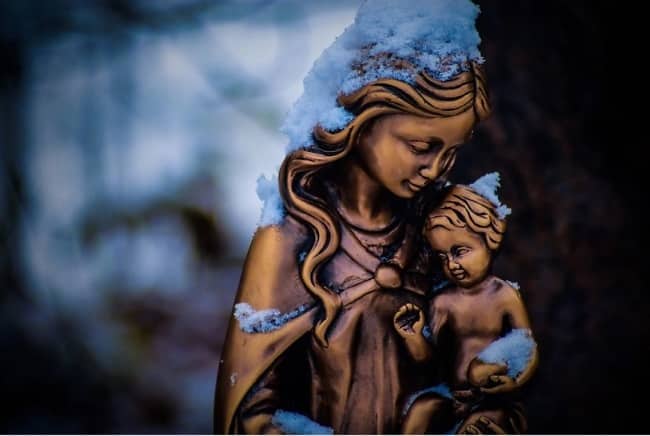 In Swami Kriyananda’s song “The Divine Mother,” Swamiji put words to a melody by Georges Bizet. Significantly, this was the last song Swamiji wrote. Not long after this song was written he left his body. Turn up the volume and open your heart wide.

Christianity:
Virgin Mary – For Catholics, Mary is the eternal Mother of God. She also, in her compassionate love, is extremely versatile. In Guadalupe, Mexico, for example, She appeared to Juan Diego with a brown face. In numerous pilgrimage sites, as in the Chartres Cathedral in France, She is now being worshipped in a black form, quite similar to Kali in India. In short, to please the praying heart, Divine Mother assumes countless forms: brown, black, white, Madonna of the rosary, Madonna of the snow, etc.

Hinduism:
Kali – Yogananda worshipped the Divine Mother in the form of Kali. In Autobiography of a Yogi we read how, as a child, his intense prayers to Her miraculously secured him two desired kites. Years later when he grew up, a Kali statue came to life for him—moving, loving, and speaking to him. He explains:

Kali represents Mother Nature. She is AUM, the cosmic vibration. In AUM everything exists–all matter, all energy, and the thoughts of all conscious beings. Hence, Her garland of heads, to show that She is invisibly present in all minds.” Her tongue sticks out; she has four arms, all of which are symbols of nature. In an inner vision, She becomes extremely beautiful. After a meditation, Yogananda once exclaimed, “AUM is Divine Mother. AUM Kali! AUM Kali! AUM Kali! Listen: Oh, how beautiful it is! AUM Kali! AUM Kali! AUM Kali!” 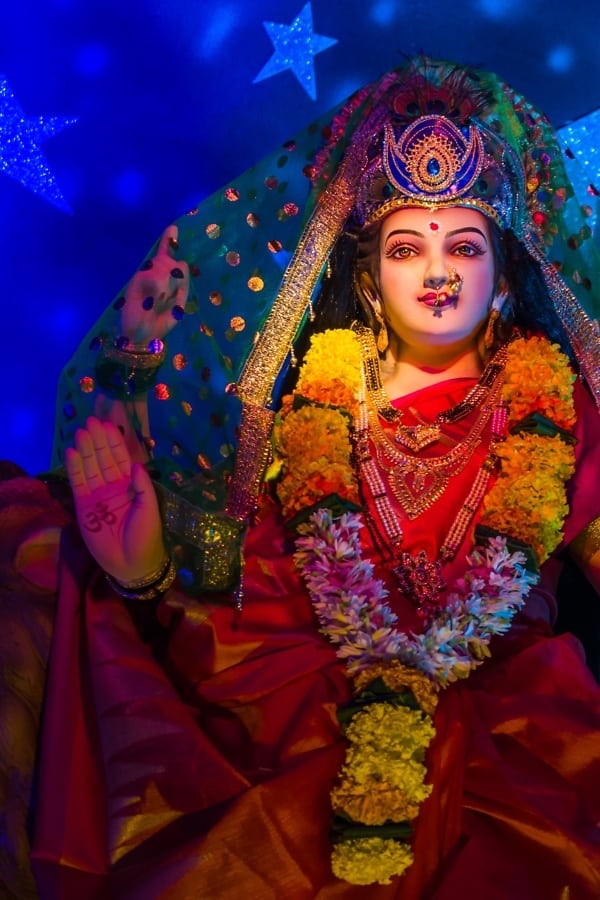 [Durga] is the Inaccessible, an aspect of Divine Mother, Shakti, the female creative force [AUM] personified.

Durga is powerful, also known as the slayer of demons, meaning the dark inner enemies of our souls.

Saraswati – described in Autobiography of a Yogi as the “goddess of wisdom,” who “is symbolized as performing on the vina, mother of all stringed instruments.” In mythology, She is Brahma’s wife and holds a profound symbolism. Readers who want to explore the deep inner meaning of the various Indian goddesses will find enlightening explanations in Swami Kriyananda’s book The Hindu Way of Awakening.

Lakshmi – is the much-loved goddess of abundance and prosperity. She is Vishnu’s wife. Yogananda says she is the primordial Nature.

Parvati – In the Autobiography of a Yogi, Yogananda addresses Sri Yukteswar with these devotional words:

“Guruji,” I said, “from my twelfth year on, I have made many unsuccessful attempts to reach the Himalayas. I am finally convinced that without your blessings the Goddess Parvati will not receive me!”

Parvati is literally explained as Of the mountains. Parvati, mythologically represented as a daughter of Himavat or the sacred mountains, is a name given to the shakti, or consort of Shiva.

Chamundi – Yogananda, in his universal spirit, reverently bowed to many forms of Divine Mother. For example, we read in Autobiography of a Yogi:

There [in Mysore] we had bowed before the gold and silver altars of the Goddess Chamundi, the patron deity of the family of the reigning maharaja.

Chamundi, an aspect of Chandi (Parvati), is a lesser-known goddess but nonetheless represents for us one of Divine Mother’s countless forms. Who could ever limit Her?

Buddhism – Buddhists revere many goddesses, the most famous being Tara, the Mother of Liberation.

Judaism – Hebrews have only one God, Yahweh, but the Shechinah is His dwelling within; His presence is a feminine word and quality.

Islam – Muslims similarly worship only one God, Allah. The feminine presence is represented by Fatima, the immaculate and venerated daughter of the prophet Mohammed, “The first of the women of Paradise.” Muslims have a rosary-like prayer known as Tasbih Fatima, meaning Fatima’s glorification of God. 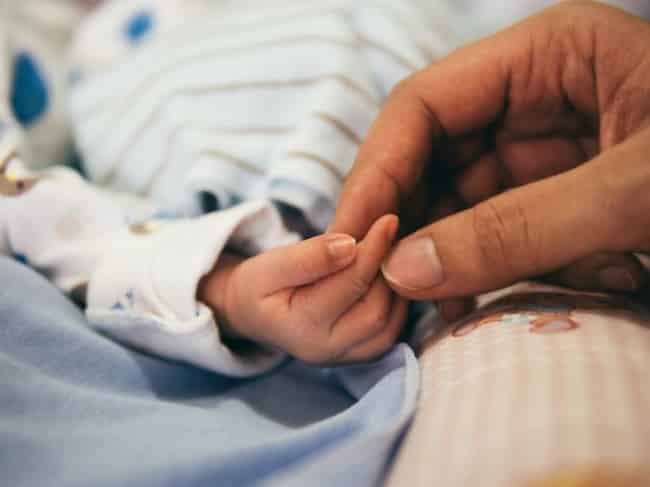 Divine Mother is extremely close to us in very a tangible way. How? Every woman can become a living Divine Mother here on earth—an instrument of Her pure love, Her pure grace, and Her pure power. When that happens, it is Her appearance right in front of us.

Secretly the Divine Mother also wears the face of our earthly mother (however imperfectly she may play that role). In Autobiography of a Yogi it’s recorded that She tells Yogananda:

It is I who have watched over thee, life after life, in the tenderness of many mothers! See in My gaze the two black eyes, the lost beautiful eyes, thou seekest!

Yogananda lost his earthly mother, with her beloved “solacing black eyes,” at the tender age of eleven. This tragic event pushed him to intensely seek the Cosmic Mother. She finally appeared to him one day, consoling him with words which apply to all of us, Her children:

Always have I loved thee!
Ever shall I love thee!

We do well to meditate on Her words, again and again, immersing ourselves in Her eternal love.

How can we become such channels? Swami Kriyananda offers us a golden method:

Whatever you do, try in every thought and action to express inner, divine inspiration. Visualize grace as flowing through you from AUM, the Holy Ghost, or Divine Mother.

Can anything but love and grace heal our troubled world? Let us always remember: The Mother is closer than the Father. Her love will shelter, forgive, purify, and heal everyone who turns to Her with the trust of a child. She will answer sincere love.

You could lovingly turn to Her right now, by listening to a prayer from Yogananda’s Whispers From Eternity, “Make Me Clean Again, Divine Mother,” read by Swami Kriyananda.

May we then learn to live in Her love, trust in Her love, and most of all make every effort to channel Her love to all. 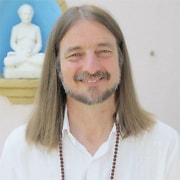