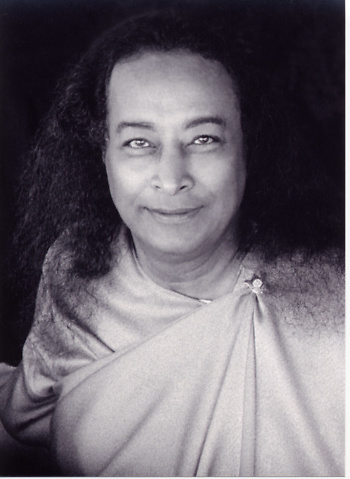 Born Mukunda Lal Ghosh in Gorakhpur, India, in January 1983, Yogananda intensely longed for God from his earliest childhood. As he relates in Autobiography of a Yogi, he spent much of his youth seeking out many different saints. He met his guru, Swami Sri Yukteswar, in Varanasi around the year 1912 and frequented Yukteswar’s hermitage in Serampore, Bengal while earning an A.B. degree from Calcutta University.

Shortly after graduation, in July 1914, Yukteswar initiated Mukunda into the ancient Swami order at which time the young man assumed the monastic name Swami Yogananda (or, more properly, Yogananda of the Giri branch of the Swami order). It was as Swami Yogananda that he arrived in America in 1920 and proceeded to travel throughout the United States on his “spiritual campaigns” for the next four years. During this time, hundreds of thousands filled the largest halls in major American cities to see the yoga master from India.

In 1925, after his campaigns Swami Yogananda acquired and settled into Mount Washington Estates in Los Angeles, CA as the headquarters of what would become a worldwide work. It was here he gathered disciples and trained many of them as teachers and ministers, including Ananda’s founder, Swami Kriyananda.

After returning to America in 1936, Yogananda continued to lecture and write up to his passing in 1952. Although his impact on western culture was truly impressive during his lifetime, his lasting spiritual legacy has been even greater. His Autobiography of a Yogi, first published in 1946, helped launch a spiritual revolution in the West. Translated into more than fifty languages, it remains a best-selling spiritual classic to this day.

Yogananda gave this definition to the term Self-realization:

Self-realization is the knowing in all parts of body, mind, and soul that you are now in possession of the kingdom of God; that you do not have to pray that it come to you; that God’s omnipresence is your omnipresence; and that all that you need to do is improve your knowing.

Autobiography of a Yogi – Read Online

Paramhansa Yogananda (1893-1952) is a world-renowned spiritual teacher and author of the spiritual classic Autobiography of a Yogi.

Yogananda transcended cultural, social, and religious boundaries. In 1927, he received an unprecedented invitation to the White House, where he was received by President Calvin Coolidge. In 1936, Mahatma Gandhi asked Yogananda to initiate him into Kriya Yoga, the highest technique on Yogananda’s path of Self-realization.

He emphasized the direct inner experience of God, which he called “Self-realization.” His teachings are nonsectarian and offer a practical approach to spiritual awakening. To read more about our lineage of spiritual masters, see The Ananda Line of Gurus 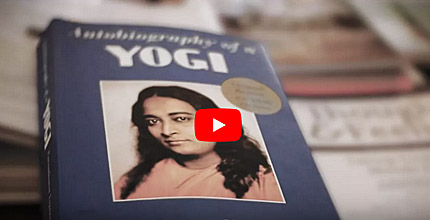 Celebrating Paramhansa Yogananda: His life in the United States and the worldwide influence of his book Autobiography of a Yogi

Autobiography of a Yogi is a first-hand account of the life experiences of Paramhansa Yogananda. It is known as one of the best-selling spiritual classics of all time, read by millions of people all over the world, and recognized universally by varying religious traditions as a beautiful depiction of the spiritual path.

It is a treasured collection of stories, humor, and practical and scientific explanations of the great yoga wisdom of the East. Voted one of the 100 best spiritual books of the 20th century. Start reading now online for free.

Yogananda came to the United States from India in 1920 to share the teachings and techniques of yoga with the West.

Ananda Sangha Worldwide will be celebrated this 100th Anniversary with many special events across the globe, in centers, meditation groups, and in our intentional communities. The largest of these, Ananda Village in Northern California, holds an annual Spiritual Renewal Week in June and this year the focus will be the 100th Anniversary.

Yogananda’s teachings are practical and multi-faceted and are the foundation for all of our Expanding Light Retreat programs.

I Baptize Myself in the Waters of my Tears of Love –
“Through long, winding pathways of self-doubt, fording mighty rivers that separated Thee from me, trudging over endless wastes of barren lives, tossing dangerously on the rapids of many ambitions, arduously climbing steep mountain trails of desire, and carefully extricating myself from whirlpools of alternating sadness and hilarity – at last I have reached my journey’s end. I look upon all those past travails with joy. Every struggle, every past agony, has produced a flowing spring of joyous, grateful tears. In the sacred waters of those tears, I baptize myself daily with deep love for Thee.”
From Whispers from Eternity.