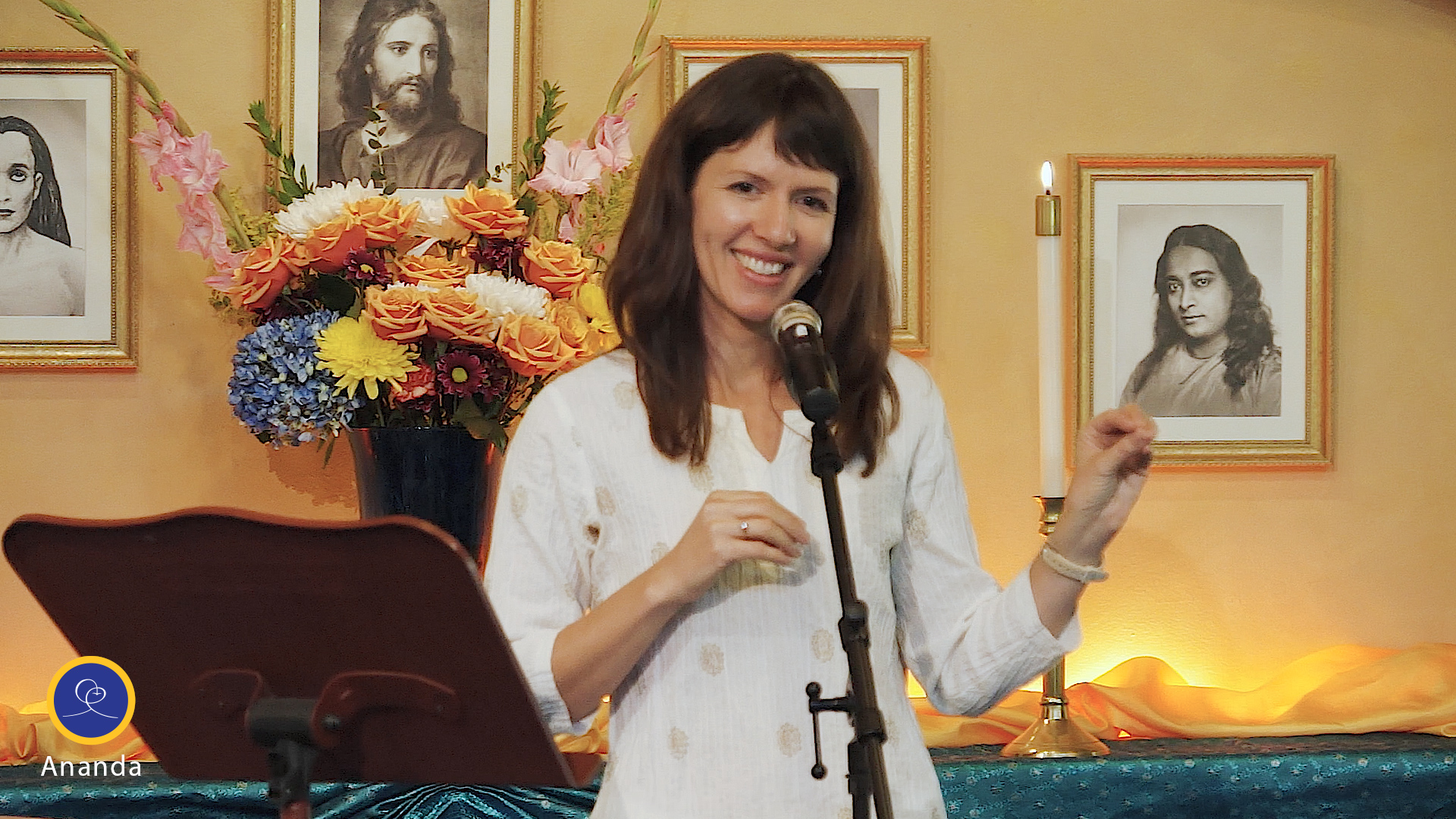 It was a quiet Monday evening in late June of 2017, the giggles and squeaks of my two young children swirled around the corner from the living room to the bedroom where I stood, quickly shoving clothes into drawers in my daily attempt to tidy up before someone cries for my help. The phone rang and my husband pulled himself away from whatever game they were playing to answer it, “Yes, she’s here. Of course. One second.” I heard him say as he strode to the back of the house to find me. “It’s Jyotish; something important,” he said as he handed me the phone.

“Hi Jyotish,” I answered excitedly, waiting to hear the voice of the leader of the worldwide yoga movement where I served as Director of Development and Communications. I knew there had been a meeting with potential donors, I knew this might be good news. “You should sit down,” he suggested with a tone of enthusiasm that made me comply immediately. “Okay, I’m sitting,” I replied, sliding down the wall to crouch on the floor obediently.

“As you know, we met with Jairam, Katherine, and Michael this afternoon,” began Jyotish. “Uh huh,” I replied in quiet anticipation. “Devi had another meeting after and would have liked to break the news to you, but I didn’t want you to wait to hear about this. The three of them have been working together on an investment project for over a year to make this gift. Are you ready?” I held my breath. “They are giving one million dollars to the temple,” he finished.

I could feel excitement shoot up my spine and I sat up straight. “WOW!” I exclaimed, “I know I should take this calmly and evenly, like an unattached yogi, but WOW! This is AMAZING! I am beyond grateful!” I cried, entirely unable to quell my excitement.

“Gratitude and excitement are appropriate responses Gita, don’t worry.” Jyotish replied in his wise and compassionate tone. He shared a little more detail of the meeting and the logistics of the gift and then we ended the call. I stepped into the living room as if floating, looked at my husband and two young children, and grinned from ear to ear. I broke the news as I joyfully jumped up and down, I just couldn’t contain myself. My three year old daughter thought that was pretty cool. My husband was pretty excited too. My eighteen month old son just looked perplexed by my bouncing and a little annoyed that I’d diverted everyone’s attention from him.

This was the most recent example in a lifetime full of moments when the true nature of money has been revealed to me. To understand the miraculous nature of this gift and its deeper implications, I must rewind the story by two years to June of 2015. That moment marked the launch of a concerted effort to build the Temple of Light at Ananda Village. I will not regale you with every step of that process, but suffice it to say, the first twelve months felt akin to rolling a boulder uphill. Unbeknownst to all of us involved, it was exactly the time when the project began to roll on its own accord that this gift began to develop. Coincidence? I do not believe in them.

Money is a tangible product, but it is not as it seems. Money is a natural byproduct, created by the output of energy in this world. To see money as energy, rather than a physical item with limited supply, is to unlock the hidden key to its mastery: magnetism. No greater example of this can I imagine than that of Rajarshi Janakananda, Paramhansa Yogananda’s foremost disciple. Through the power of Rajarshi’s magnetism for financial abundance, Yogananda’s work was endowed in perpetuity. He was deeply blessed to play the role of donor, which enabled Yogananda’s mission to take a sturdy root in the West. In this way, we are all blessed through the devotional act of giving our abundance with joy. 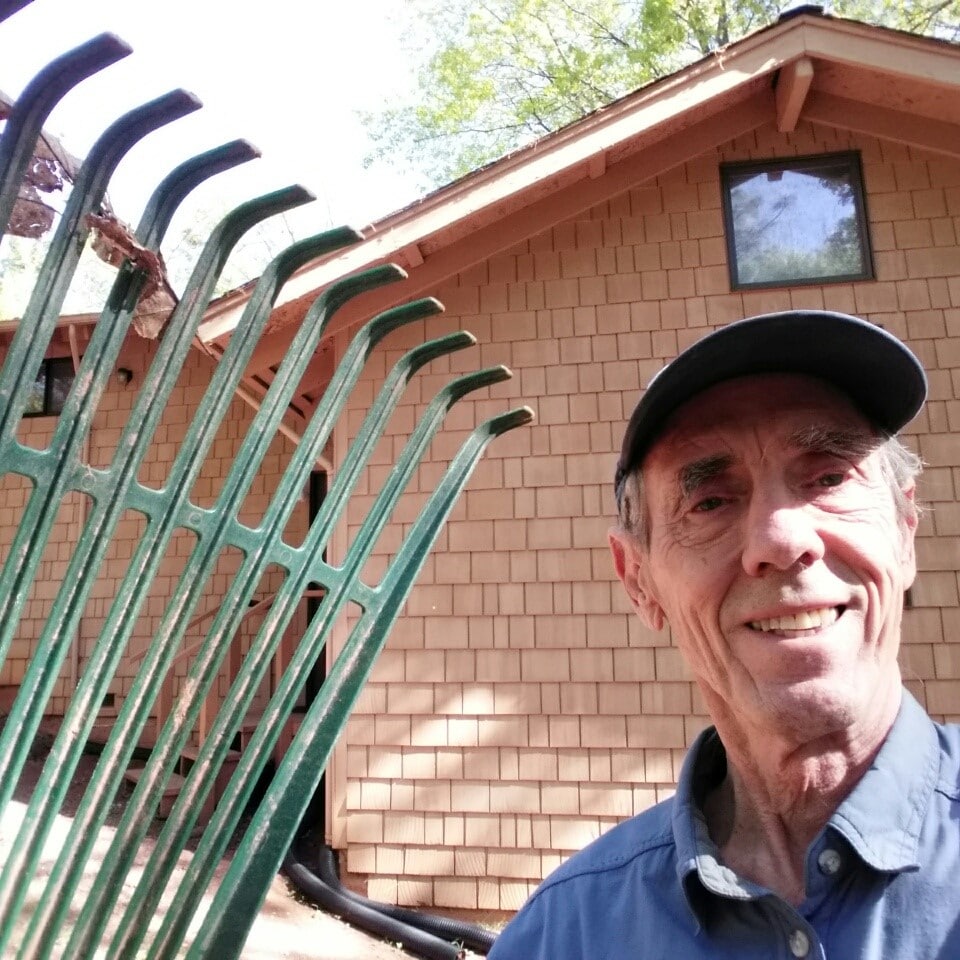 My first Rajarshi day was the very first day I arrived at Ananda, May 9th, 1981. I had no idea it was “Rajarshi day. In fact I didn’t know there even was a Rajarshi day. I had been living in Texas and my apprentice membership program started on Sunday, May 10th so I decided to arrive one day early, Saturday May 9th to get settled in. I had driven from Houston in my van camping along the way. I expected it would be a quiet Saturday with not much going on. I drove into the village on the old road and as I drove up and saw the market I witnessed a spectacular sight. There was a huge banner strung from the market to the old barn proclaiming “RAJARSHI DAY 1981”. There were people everywhere doing all kinds of Rajarshi day activities. A huge stage had been constructed on the lawn for the play written for that day entitled “This is your Karma”. Jack Wallace was the Master of Ceremonies and many of my soon to be close friends were in the play. It was hilarious. So I just joined in the activities and felt right at home. As I experienced that first Rajarshi day I felt Master was saying to me, “To be in tune with the Guru you must serve his work”. It’s a lesson I have never forgotten. 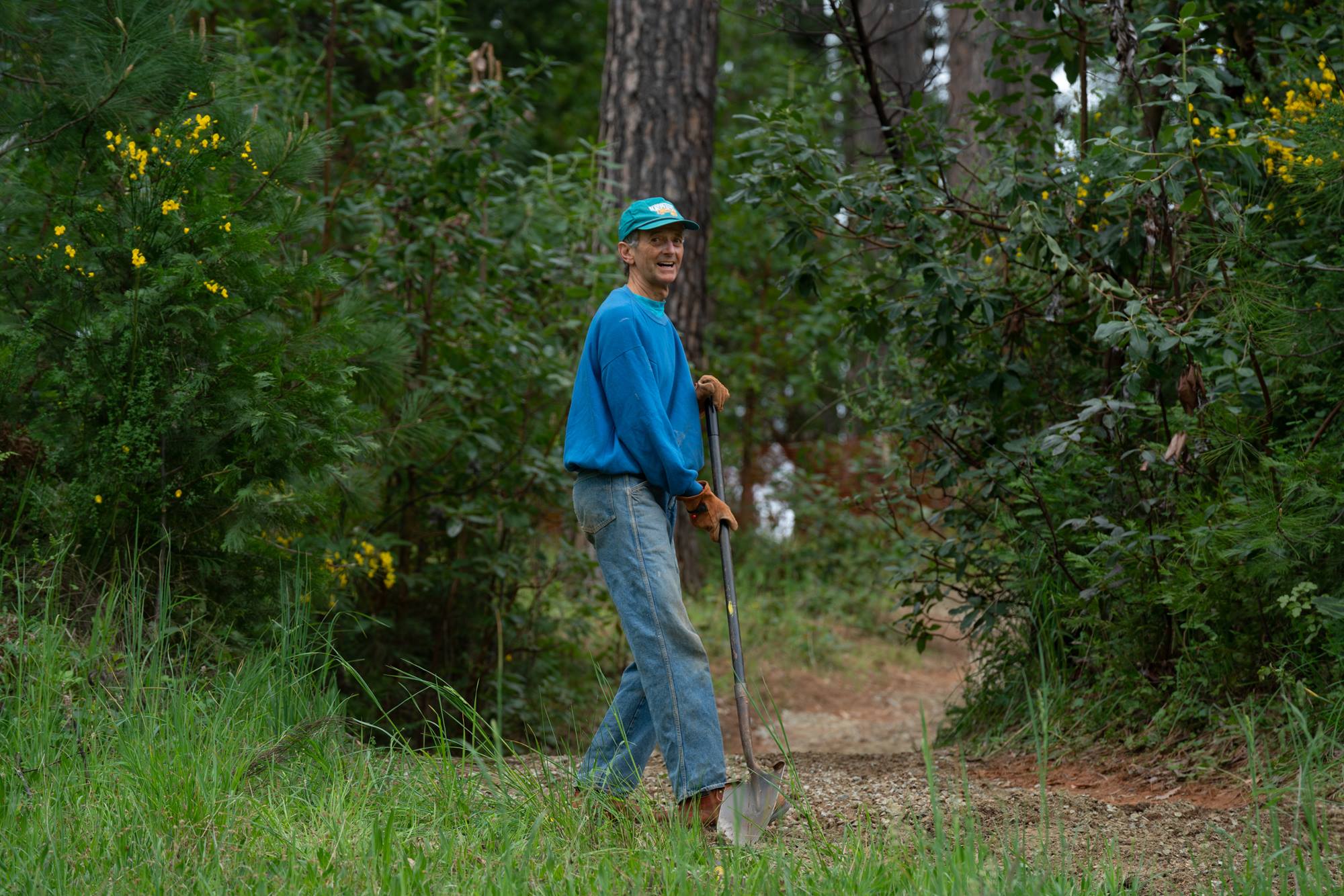 On my first Rajarshi Day ( 1983), I was part of a crew assigned to demolish the Plastic Palace, a highly distinctive “house” built on the steep slope below what is now the St. Francis building. It was essentially a wooden platform holding up a skeleton of 2-by-2 boards that outlined the walls and roof, the open spaces between which had been “filled in” by stapling sheets of translucent plastic between the boards. Apparently it had at one time been considered prime housing at Ananda, but by 1983 it was an embarrassing relic from times past.

My job was to follow up on what the workers with sledge hammers were doing: I carried the demolished wooden materials up the slope to an active burn pile. It was an extremely hot day, a mercilessly steep slope, a blazing hot burn pile, and the wood I had to carry was crawling with carpenter ants. Yuck!

By early afternoon, I was fading. Then I happened to notice one of the nuns, who was doing the same job I was doing, yet she was downright perky. I thought, “I’m bigger than she is. I’m in better shape than she. A bit younger, too. Why am I tired and she full of energy?”

I realized that she was thinking in terms of unlimited energy flowing through her, of God flowing through her, whereas I was thinking of “my energy”—and how I was running out of it. As soon as I shifted my focus to parallel hers, I found that I, too, could be perky (or at least, perkier). Soon, the real work was not so much physical as to keep my focus on the limitless energy that was always available to flow through my body. The more I did that, the easier the job became. It was an awakening! 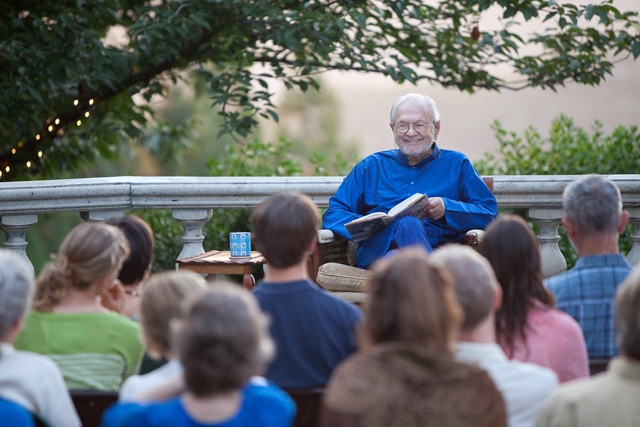 “Rajarshi was a saint first and business man second.”

I told Shivani, one of the Ananda ministers in Italy, that I was just beginning to think about the idea of maybe starting a school some day. She responded with a very strong energy, saying “Why not now?! The Masters are sitting around waiting to be put to work. They are bored, so just tell them what you want them to do.”

I went back home to my altar and looked at them all.

“Babaji, you are good at manifesting buildings, even palaces. I’m putting you in charge of finding us a place for the school.”

” Lahiri, you have been a parent, so I need you to find us good parents who want a school like ours for their children.”

“Sri Yukteswar, I always see you as a teacher, so you’re in charge of attracting the right teachers.”

“Jesus, you are very much respected at the Ministry of Education in our country, so you help us with all of the legal necessities for the school to get the accreditation from the state.”

“And Master, I’m saving you to work with me, so I’ll be open to the right guidance in everything we do.”

After the school had been going for a year or so, I realized that I had forgotten to appoint someone to care of the finances, and it showed. So I thought of Rajarsi Janakananda who was a very successful businessman and gave him this task.”