Here are some of Ananda’s teachers who travel and give inspirational talks worldwide.

Nayaswami Jyotish and his wife Devi have served together as spiritual directors of Ananda Sangha Worldwide since 1984. With the passing of Swami Kriyananda, the founder of Ananda, in 2013, Jyotish and Devi continue to carry on the great work that he started.

Nayaswami Devi first met Swami Kriyananda in 1969 and dedicated her life to the spiritual path. She and her husband Jyotish have served together as spiritual directors of Ananda Sangha Worldwide since 1984. With the passing of Swami Kriyananda, the founder of Ananda, in 2013, Jyotish and Devi continue to carry on the great work that he started.

Anandi is known for her joy, humor, wisdom, and kindness. Almost since her arrival at Ananda in 1971 as a founding member of Ananda, she has been sharing the teachings of Paramhansa Yogananda. An Ananda minister since 1980, Anandi has directed and taught in many of Ananda's guest and outreach programs.

Nayaswami Ananta spent many years at Ananda Village managing the Ananda Garden that helped feed the community. In 1986, Swami Kriyananda asked Ananta and his wife to become the Spiritual Directors of Ananda Sacramento, where they served for the next 23 years. Ananta now lives at Ananda Village, where he and Maria manage the farm.

Nayaswami Asha is a founding member of Ananda Village. Swami Kriyananda placed Asha in the role of teaching and counseling soon after her arrival at Ananda. She also served as Swami's correspondence secretary and personal assistant for many years. In 1987, Asha and her husband, Nayaswami David, became spiritual directors of Ananda Palo Alto in California. Asha also travels and lectures on spiritual topics around the world.

Nayaswami Jaya Helin and his wife Nayaswami Sadhana Devi are founding members of Ananda. For many years Jaya served as the general manager of Ananda Village. Later, he and Sadhana Devi helped start an Ananda Center on the East Coast of the U.S. For the past several years they have been helping to pioneer Ananda India in Delhi, and now in Pune.

Atman Goering, after working at the meditation retreat and the Expanding Light guest retreat, was asked to serve as village manager, the position he's held for 12 years. He and his wife, Bhaktimarg, have a son who is in college.

Nayaswami Bharat (Joseph Cornell) has helped people experience inner peace through his meditation and nature awareness work for thirty years. He has written six "Sharing Nature" books that have been published in twenty foreign languages and have "sparked a worldwide revolution in nature education."

Maria McSweeney came to Ananda in 1976 and worked on the Ananda Farm In 1986, Swami Kriyananda asked Maria and her husband Ananta to direct the Ananda community in Sacramento, where they served for 23 years as ministers and community managers. In 2009, Maria and Ananta were asked to return to Ananda Farm at Ananda Village to restore it to organic production. 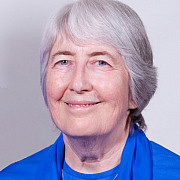 Nayaswami Parvati is one of Ananda's most widely traveled and experienced ministers. With her husband, Nayaswami Pranaba, she helped to create and direct Ananda centers in Palo Alto, Portland, Seattle, Dallas, and Assisi, Italy. Parvati currently lives at Ananda Village and administers the Janaka Foundation.

Pranaba has been an Ananda member and minister for almost 30 years. During this time he and his wife, Nayaswami Parvati, have served in many Ananda colonies in the U.S., and in Assisi, Italy. He now manages Ananda Sangha Worldwide, Ananda's outreach ministry. He also travels frequently, bringing Yogananda's teachings and inspiration to Ananda devotees nationwide.
Ananda Course in Meditation — Starts June 23