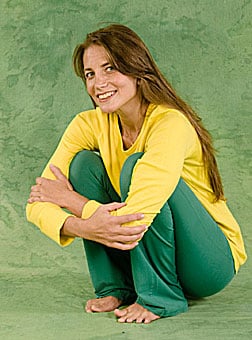 Süheyla graduated from Ananda Yoga Teacher Training in January 2005, but her full-time job kept her from teaching regularly until January 2010. (She did, however, land a guest spot teaching Ananda Yoga on a popular Turkish national television show!) She now teaches yoga and pilates at Mars Athletic Club in Istanbul. In Summer 2010 while Süheyla was at Ananda’s retreat center, The Expanding Light, for more training, Gyandev McCord heard how she has brought real Ananda Yoga—including its spiritual dimension—to the gym, and he asked her to share her story via an interview. Many thanks to Bliss Wood (Ananda YTT, Summer 1999) for transcribing the interview.

Higher Awareness Comes to the Gym