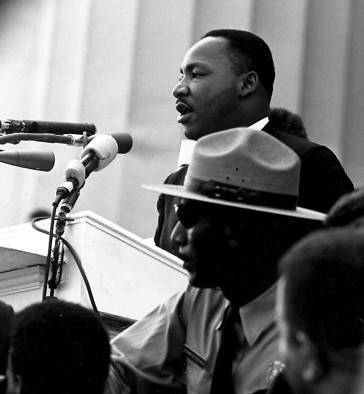 I have a vivid memory of Martin Luther King, Jr. from my childhood. I was 6 or 7 years old, in grade school. One morning, I walked into my classroom and the first thing I saw was a video of a man giving a speech. The picture was black and white, playing off the TV kept in the same corner where we had storytelling time. I was instantly awestruck, lifted to a heightened state of awareness. My entire focus was drawn to this man, and for a few seconds it was as if time stood still in order to allow me to absorb something very profound, even thrilling.

What I witnessed that morning was the video recording of Dr. King giving his “I Have a Dream” speech. I didn’t yet know his name, but I recognized his spirit. It was a moment of recognition that transcended the daily routine of childhood.

There is divinity within each one of us. It can be experienced, not merely affirmed. The peace of meditation is a simple one to start with. There is a familiarity that accompanies this experience. Peace is felt, not as something new, but as something innate being reclaimed. The great Indian sage Patanjali called it smritti–divine remembrance of who and what you are in truth. My moment of recognition with Dr. King held this sense of remembrance.

I studied the Civil Rights Movement during my junior year of high school. I was very interested in Dr. King’s life at the time. I honored him for his service to our country’s legacy as a democratic nation. I loved the principles he stood for. He impressed me with the depth of his Christian faith, though I was faithless at the time. Yet, he had an experience of God-contact that reached me through the fog of teenage agnosticism. It happened near the beginning of the Montgomery Bus Boycott, amidst threats to his life and the threat of failure for the movement. He describes it in his book Stride Toward Freedom:

I was ready to give up. With my cup of coffee sitting untouched before me, I tried to think of a way to move out of the picture without appearing a coward. In this state of exhaustion, when my courage had all but gone, I decided to take my problem to God. With my head in my hands, I bowed over the kitchen table and prayed aloud.

The words I spoke to God that midnight are still vivid in my memory. “I am here taking a stand for what I believe is right. But now I am afraid. The people are looking to me for leadership, and if I stand before them without strength and courage, they too will falter. I am at the end of my powers. I have nothing left. I’ve come to the point where I can’t face it alone.”

At that moment, I experienced the presence of the Divine as I had never experienced God before. It seemed as though I could hear the quiet assurance of an inner voice saying: “Stand up for justice, stand up for truth; and God will be at your side forever.” Almost at once my fears began to go. My uncertainty disappeared. I was ready to face anything.”*

Reading this, I was in awe, just as I had been as a child. The thrill was fainter, filtered through an intellectual lens, but it held the same current of remembrance.

Paramhansa Yogananda said that the America’s karma is fundamentally good. The story of race relations in our country is in great part a tragedy, yet it is woven upon threads of hope and ushered forward by the courage and sacrifice of ennobled individuals such as Martin Luther King, Jr. What I recognized that morning of my childhood was not just his goodness, but the presence of God acting through him. It was a reassurance that God’s grace is with America, if and when we live in His remembrance.

About the Author
Brahmachari Prashad 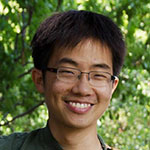 Brahmachari Prashad is a member of the monastery at Ananda Village, a vital musician of Ananda Music, and an important technician for Ananda Sangha. He holds a Bachelor of Science in Computer Science.
Read more