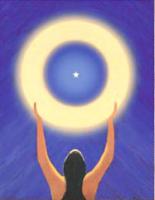 In these pages I aim to show how a spiritual mission, regardless of its name and tenets, can be made to relate to the whole world.

Paramhansa Yogananda prophesied that some day the purpose of all religions would be accepted as being one and the same: Self-realization. Included in that understanding would be a sense of the non-sectarian fellowship of all truth seekers. His own mission as he stated it was, above all, to teach “the original teachings of Jesus Christ, and the original yoga teachings of Krishna.” He stated that he had come, further, to unite all religions in an understanding of their higher purpose. His mission to show the underlying oneness of two great religions, particularly, may therefore be seen as symbolic also, being meant to demonstrate the underlying oneness of all religions, for humanity everywhere is seeking the same eventual fulfillment: bliss in God. Self-realization—the realization of God as the indwelling Self of all beings—is then, in the broadest sense, the true goal of all religions and the deepest desire in every human heart.

The great master, in his teachings, also drew to a focus countless truths that have been expressed diversely through the ages. He showed that the highest wisdom has always been the same essential truths, the first of which is that all men are rays of the one Divine Light, and the second, that man’s ultimate destiny is to merge back of his own free will into that Light.

For this reason, in my book Revelations of Christ, Proclaimed by Paramhansa Yogananda, I proposed that this highest truth be called “Sanaatan Dharma, the Eternal Religion,” for in all the universe this has to be the supreme truth: union with God as the final reality of all beings.

Yogananda presented a way of life that was unitive—one that would make spiritually relevant every aspect of human life: business and the art of self-support generally; marriage; education; the fine arts; self-expansion through service to others; and the supreme art of how to live happily in this world.

Finally, he proposed a life-style designed to enable people everywhere to incorporate their varied pursuits into a harmonious, God-centered existence. Through the years that he taught in the West, he urged his audiences to adopt this life-style by gathering together in what he called “world-brotherhood colonies.” I was blessed to be able to found the first Ananda World-Brotherhood community in 1968 on what are today some 1,000 acres near Nevada City, California. At present there are eight functioning examples of this ideal in various parts of the world.

The sheer breadth of the Master’s vision, and its practical relevance to the needs of our age, demonstrate that he was, in the fullest sense of the word, a World Teacher, and not the guru only of a particular group of disciples. In fact, he’d been sent to be the way-shower for a new age, and savior for the “many millions,” as he put it, who would tune into the divine ray he had brought. For mankind has arrived at the dawn of new awakening into a globally heightened spiritual awareness.

Swami Sri Yukteswar, the guru of Paramhansa Yogananda, stated in his book The Holy Science that the whole of mankind is now, scripturally speaking, in a new age. The earth itself entered this age in the year 1900 after an interim, or bridge (sandhya), of 200 years, during which time the new rays gradually grew in strength. The ancient teachings of India gave this age the name, Dwapara Yuga.

The first of four yugas, Kali (the dark) Yuga, was an age when most people perceived everything narrowly, both in material and in fixed terms. Men needed outer as well as inner forms. Outwardly, the more solid those forms the better; and inwardly they felt comfortable with carefully formulated dogmas and fixed ideas. Organizationally, they were comfortable with firm structures; they liked everything to be established and in its own place. They believed the universe to be geocentric, and God, to them, was a bearded old man seated “somewhere up there” on an eternal throne of judgment. The earth being conceived of as flat made it easier, of course, to visualize heaven as literally high up above them.

Dwapara Yuga is bringing greater fluidity to people’s consciousness. This is an age, above all, of energy-awareness. Many people, aware of some new awareness stirring within and around them, welcome it exuberantly as though it gave unbridled license to indulge to excess in everything they liked. In the fine arts (painting, sculpture, and music), traditional forms have been cast aside in favor of the grotesque, the trivial, and the blasphemous. In children’s education, certain experiments have brought more confusion than enlightenment. The same may be said of people’s understanding of morality, and in their social behavior.

Thus the term, “New Age,” is also viewed with anxiety by those who believe in the old traditions. In fact, what we are witnessing is a struggle between the old ways—ways that once seemed “carved in stone”—and a new, more flexible spirit that is struggling for clear self-expression.

This struggle between the old ways and the new, though still rather amorphous, is in evidence everywhere. We see it in religion also, in the struggle between those who adhere to the traditions of the past and those who reject all tradition as antiquated. To the religious traditionalist, the mere hint of a new age “sets his teeth agrinding.”

For Moslems, the cornerstone of whose religion is the saying, “There is no God but Allah and Mohammed is His prophet,” no other way is acceptable.

For Christians, time itself is measured from the year of Christ’s birth. Fundamentalists, especially, are convinced that the world is fast approaching the “end times” that were predicted by the Bible with the Second Coming of Christ. Among Moslems also, there are some who believe that something approximating those “end times” is approaching.

Naturally, a world view in which mankind, after centuries of relative darkness, is postulated as poised and ready to soar up into new realities is fiercely rejected by anyone who believes that the past two thousand years virtually defined the term, “Christian enlightenment.”

Much of the present antagonism on the part of orthodoxy toward the “new age” is due, I think, to the arrogance of some who have embraced it mainly for its novelty. For “new age,” as a concept, appeals especially to the young whose tendency in any case is to reject the old. Many scientists, too, have arrogated to themselves the role of “heralds of a new wisdom,” basing the claim not on any suggestion of being better human beings, themselves, nor on any but the thinnest hope that their discoveries will someday make anyone such a human being, but on the simple fact that a few scientists (the very few real pioneers) have discovered unexpected facts about the universe.

Writers since Einstein have had a hey-day with the theory that morality, far from being absolute (“all things being relative”), may even, with a little manipulation, be discarded altogether.

“Avant garde” artists of all kinds, again, having milked the “new age” concept for every ounce of its shock value, offer nothing to replace the rubble created by their iconoclasm, which still litters the countryside.

And self-styled trend-setters, finally, have no clear notion as to where, why, or how to direct people’s attention. They offer only trivia—or, worse still—blasphemy in place of the worthwhile and the meaningful. Indeed, I personally have reached the conclusion that anyone who follows the dictates of “style” shows himself to be without taste.

The public, quite naturally, finds itself bewildered. Nor is it surprising that many today gaze back for comfort to past traditions which, to them, are at least recognizable. The relativity of time which Einstein claimed, has not, after all, thrown any clocks out of kilter. Scientific discoveries have altered no fundamental human reality. Works of art may titillate or outrage a few people, but the meaninglessness they suggest neither inspires nor offers any hope of new insights. Indeed, the most that the dogma, “art for art’s sake,” will ever accomplish will be to inspire a certain smugness on the part of those who accept it, as they consider themselves favored with insights that are unavailable to the “canaille.”

What is most notable about the times we live in is that, in every field of endeavor, human perceptions are expanding and new windows opening onto the vastness and subtlety of the universe. The need is growing everywhere in human hearts to make sense of these insights. We cannot simply reject them. Nor can we merely embrace them, in the exuberant manner of adolescents, for their shock value. We must assess them and do our best to understand what their implications are for human life.

We must accept first, of course, the simple fact that these new waves of insight are, in fact, unprecedented. We must also transcend any fear we may harbor that eternal values are being threatened. Indeed, Truth cannot be a house divided. Self-proclaimed “wisdom,” moreover, that is rooted in neither Truth nor tradition, is almost always mere superstition.

In this essay I propose to explain at some length what Sri Yukteswar said and meant about the new age, and his reasons for claiming that we have entered it already. I will present facts that support his statement, and that he himself could not have presented back in 1894, when he wrote his book, for science had not yet made the discoveries that would justify his claims.

The first part of this paper will present the general basis for Sri Yukteswar’s predictions, and will explain at some length what is implied by the term, “new age.” The last part will focus more specifically on Paramhansa Yogananda’s mission in this age.

One of the results of the new energy that is now flooding our planet is that people are being challenged to assume more personal responsibility for their lives. In a sense, certainly, religious organizations may continue to obstruct the spread of true, inward religion. I shall also show, however, how religious organizations also can be beneficial and expansive, in the spirit of Dwapara Yuga, and how Paramhansa Yogananda himself set the tone for this new type of organization.

The full text of the essay appears in a book by Crystal Clarity Publishers. Click here to order.