The history of Ananda is comprised of a series of miracles. Ananda Sacramento has been blessed in this way since its inception in 1977.

In 1991, after purchasing a 48 unit apartment complex that serves as our Community, Ananda Sacramento rented a 2,100 square foot doctors’ office for our teaching center and Mandir (Sanksrit for Temple). This facility served us well for awhile, but as our congregation grew, the number of ridiculously overcrowded gatherings and Sunday Services grew also. We started to look for a larger place, hopefully a building that expressed our ideals through its architecture, and was located nearby.

The blessing of having a Mandir close by was described by Yogananda in his ideals for World Brotherhood Colonies: “Job, Home, Church – all in one place!” With that in mind, we focused our attention on the Lutheran Church located next to our Community. However, the Lutherans seemed unaware of any Divine Plan that included converting their Church into our Mandir! 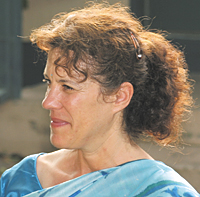 At about the same time we realized that the East Lawn Mortuary, also located on our town block, was just about the right size. As it happened, one of our member’s mother had just died. Prior to her passing, she asked us to perform her memorial service at the Mortuary. And so we brought our kirtan group (Sanskrit for devotional chanting), sang Yogananda’s chants, and read from his books of poems.

After the ceremony everyone commented, “this Mortuary feels like ours!”

We contacted the East Lawn Corporation, owners of the Mortuary. They had no plans to sell the property, but allowed Ananda to use their facility for special events. In June 2004 Swami Kriyananda spoke there on the topic “God is for Everyone.” After his talk, Swamiji agreed with the rest of us, “It feels like ours.”

Continued contact with East Lawn produced a letter from their Board of Directors saying, “We will NOT consider a sale at this time, but we will let you know if our position changes in the future.”

Bewildering at best! We found ourselves with a big head of steam and nowhere to go. Then in August 2004, Swami Kriyananda sent me a birthday greeting, “I wish I could get you a Mandir for your birthday, but Master has done that already.”

Swamiji’s words were puzzling. East Lawn had expressed no intention of selling the property. Our fundraising to date had produced $46,000, well short of the quarter million dollars required to make a serious offer, even if they did.

In March of 2005 we used the East Lawn facility to perform Christ Lives Oratorio. We invited their Board of Directors to attend. Swamiji often mentioned that Ananda’s music is the clearest expression of who we are. When we saw Alan Fischer, the Vice President of East Lawn in the audience, our hopes rose precipitously.

David Eby from Ananda Village directed a 50-voice choir gathered from every Ananda Colony on the West Coast. Mr Fischer, a baritone himself, loved the performance. He was deeply touched by the music, and was appreciative of the audience who had set up, took down, and cleaned up the facility that evening.

“You people bring so much life to this building. This building needs that!” he exclaimed. (We noted that East Lawn was used as a mortuary). Mr Fischer went on, “You people should be here every night,” to which one of our members replied, “We’re trying!” 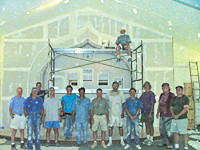 Riding on the success of the Oratorio performance, we asked again if East Lawn would consider selling the facility to Ananda. This time, their answer was… Yes!

We began negotiations. Before long, a sale of the Mortuary and 5 adjacent apartments was agreed upon for 1.5 million dollars, an unheard-of price for two valuable parcels of land in a big metropolitan area. There were no agent’s fees, as the property was never put on the market. The miracle was now in high gear. In May 19, 2005 we were able to phone Swami Kriyananda with the good news that Master has given him Mandir for his birthday!

There still remained the small matter of a quarter million dollars for the down-payment. Ananda had a bookstore in Sacramento, called East West Bookshop. The store had not been profitable, and we considered selling it now and again over the years.

At about this time, a lady called and said she “felt guided” to buy East West! Negotiations proceeded rapidly, and by August 2005 the store was sold, with the help of an Ananda member. Again we were spared from paying high broker fees.

However, even with the sale of East West we were still short of the full down-payment amount. We needed to borrow money from a bank, but there was no one with this kind of experience in our congregation… or so we thought.

During our World Brotherhood Day celebration that year, one of our long-time members brought her husband to the celebration dinner. Very humbly, he offered to help us with procuring the bank loan. It turned out he was a commercial mortgage broker, specializing in church loans. We had no idea!

Between our fundraising efforts, the bank loan, and members’ investments in the 5 apartments that came with the property, Ananda Sacramento became the proud owner of the new Mandir. The date? September 12, 2005, spiritual anniversary of Swami Kriyananda’s discipleship vows. 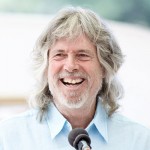