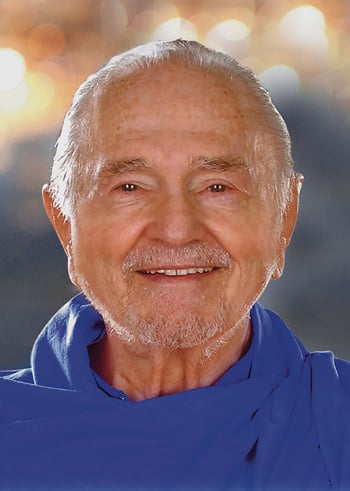 “By listening to certain music and absorbing it, it changes your consciousness. It’s not just entertainment; it’s not just a nice melody. And that’s why we should listen to music that is born of Spirit, rather than beautiful sentiments.”

Are you struggling to stay positive in the face of challenges and hard times?

The tendency is to think that challenges and hard times are purely a matter of circumstance, but much depends on your own energy level. Of course, knowing that doesn’t necessarily help you get out of a low energy state and its resulting negative emotions.

Thinking your way out is hard to do. It requires calm intellect at the very moment that you’re too clouded by emotion to think clearly!

Watch this video to learn more about the Music Antidotes:

You can use these Music Antidotes to overcome many different negative emotions, ranging from apathy, discouragement, and depression to fear, greed, unkind thoughts, and negativity. In this way, music is an essential part of the art of living, that is, living a happy and inwardly successful life.

All the music referred to was written with the clear intention of uplifting your consciousness, making it a powerfully effective tool that pulls you out of a lower vibration and lifts you to a higher state of being. And when your level of consciousness is high, your whole perspective changes to a more positive point of view, helping you master yourself and achieve more success in everything you do.

A key aspect of Music Antidotes for a Happier and Healthier You is learning how to overcome a specific negative emotion through the use of music “antidotes”.

The video below will give you a clear overview of what Music Antidotes are, how they work, and how you can benefit from them in daily life.

Here’s to a happier and healthier you!

Resources to get you started on the concept of Music Antidotes:

Satyaki Brockschmidt, a resident of Ananda Village in California, has been working with Ananda Music since 1996 as a singer, soloist, instrumentalist, and director. When Swami Kriyananda first introduced the idea of music antidotes in 1998, Satyaki began to explore exactly how music affects energy and consciousness and why individual songs address specific negative emotions. Swami Kriyananda encouraged Satyaki to continue expanding that work, which Satyaki has presented to live groups on numerous occasions. The journey has been most rewarding, and Satyaki is delighted for the opportunity to share his insights and inspirations. “I’m continually amazed,” he says, “just how much there is to harvest in every song, especially those that seem simple at first. Many times, as I’ve explored different pieces, I’ve found myself weeping for joy at the sheer beauty and transforming consciousness in this music!”