Last weekend we went to Los Angeles to spend time with my friends and family and to see Swami Kriyananda. We had a great time! There is an amazing group of people doing a great work there. 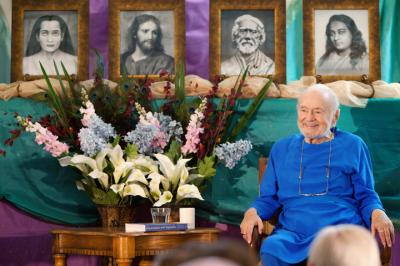 Swami Kriyananda gave a powerful and compassionate talk to the packed house. 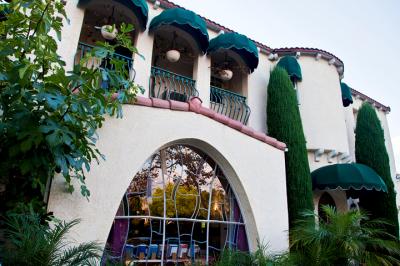 Swamiji, since he moved to LA, has been giving talks in a large theater. This weekend was the first talk given in the Ananda Ashram House. 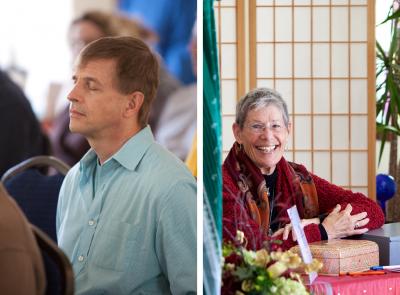 The day started with chanting, meditation and friendly greetings. 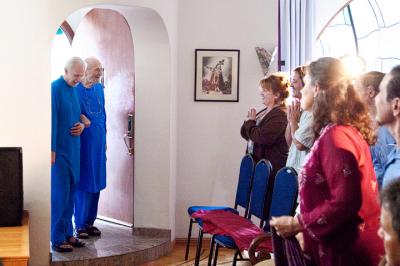 Swamiji was warmly greeted by over 120 people, and he expressed his pleasure in speaking in this bright and spacious home. 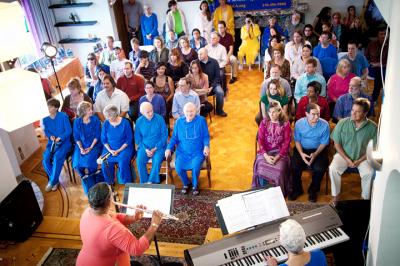 The talk began with beautiful music by Bhagavati and Mukti. Swamiji and those in attendance were very appreciative.

The ashram features a wide livingroom and dining room which accommodated the guests. The bar behind Swamiji was converted to a large altar. The topic of his talk was “The goal of life is bliss.” It will eventually be up on ananda236w.org. 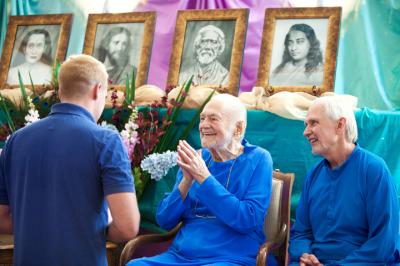 After the talk, there were snacks, time for visiting and Swamiji gave blessings to those who came up to meet him. He shared his joy with everyone. 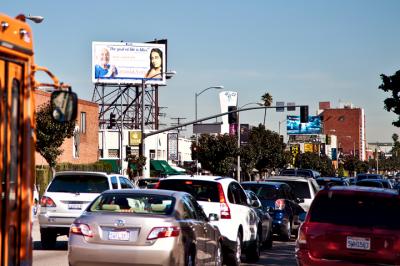 This week a was very eventful in LA. A set of 6 billboards were unveiled and corresponded perfectly with the unveiling of the new Ananda LA website, which is gorgeous. 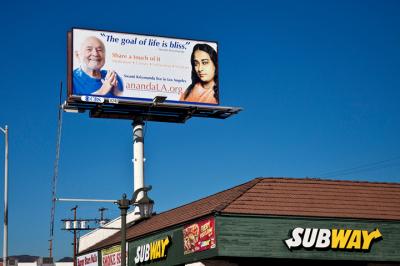 The billboards are placed on busy streets and should be seen by thousands of people each day. They are very fun to see and really stand out against the sky! 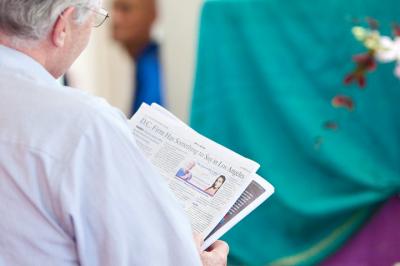 There was an article in the Los Angeles Business Journal that was about an advertising company. It included a photo of the billboard. 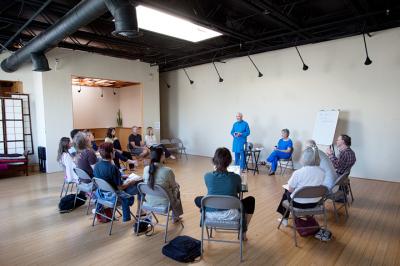 Jyotish and Devi are more that half way through a 6-week course on the Bhagavad Gita. The class is held in the Heaven on Earth yoga studio that serves as a meet up spot for West Hollywood Meditation Meet-ups. The Bhagavad Gita class begins with a yoga class and then chairs are placed in a circle. 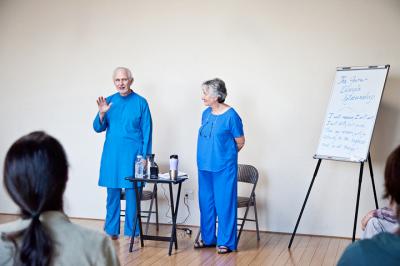 Jyotish and Devi share amazing amounts of spiritual knowledge from their many years on the path with a very sincere group of people from Los Angeles. 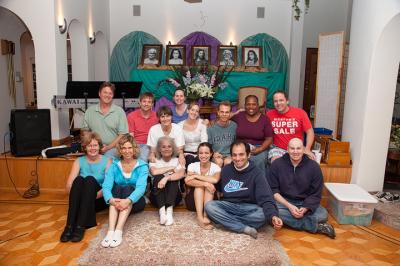 Saturday at the ashram was a workday, and after the joyful service of many, the ashram sparkled and was ready to host everyone who came for Swamiji’s talk. 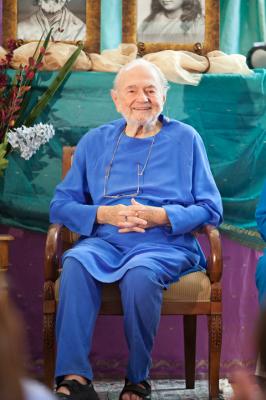 Swami’s talks will continue through November. One of the next big events will be the performance of the Oratorio on December 4th. Maybe I will see you there! Bless you all. Love,
Barbara