“The Gauntlet” was a stretch of sidewalk at my college campus lined with booths preaching the world’s religions. Christians, Muslims, Buddhists, Hindus and Jews advertised. Interspersed between them, if eternal salvation wasn’t enough, one could get good deals on gym memberships and credit cards too! I spent most of my time at the Mormon booth because they had free brownies.

Growing up, religious scriptures were frustratingly impractical and confusing to read. Church and temple goers worshiped the saints, yet their own lives seemed mundane, or worse, hypocritical and judgmental. Although my opinions about organized religion haven’t changed much, I’ve discovered the value of the spiritual ideals at the core of their teachings.

It started with a book, or rather the cover of a book. I read a few pages of Autobiography of a Yogi by Paramhansa Yogananda and had to put it down—my intellect recoiled at words like God and Christ. I couldn’t hear the author’s message. Yogananda’s face on the cover, however, reached me immediately. His eyes awoke instant spiritual longing. His portrait inspired me, eventually, to read the whole book.

I was a new teacher at the time. At night, from the pages of Autobiography, I learned about karma, dharma, and reincarnation. By day, I taught high school English. The result was a wonderful reinterpretation of the works of Shakespeare, Chaucer and Homer.

Hamlet is about karma, or the courage needed to overcome the “slings and arrows of outrageous fortune.” The Canterbury Tales teaches the importance of dharma—every individual, according to their station, must live by a code of right action. The Odyssey teaches that some goals are so epic they take a lifetime (or many lifetimes) to reach.

As I read the Autobiography, life resonated differently. My friends and family noticed. I seemed happier, enthusiastic for living. My taste in music, food, literature, movies, clothing… everything changed—is it bizarre to think that one book can make such a huge impact? I thought so, but I also felt I was finally living life.

It was the beginning of a “second life”, which even a few years before would have seemed impossible. I wanted to rebuild my life around this spiritual inspiration. I wanted friends with whom I could meditate, chant, and philosophize. I wanted satsang (Sanskrit:  gathering together for truth, a spiritual discourse or sacred gathering). I even wanted to bring yoga and meditation into my classroom.

First, however, I needed to lose a few things.

I lost my job, my home, my girlfriend of six years and all my savings. I had to leave my dog behind. My car broke down. I thought I was the butt of some cosmic joke, or the subject of a depressing country song.

But it was just the birth pangs of my second life, my spiritual life. I also lost my intellectual cynicism, my fear and doubt, and my attachment to people, places, and things that weren’t serving me.

My heart, broken in many places by the hardships of loss, felt open for the first time. I decided to move to Ananda Village, a spiritual community dedicated to the teachings of Paramhansa Yogananda. There I gained back all I had lost many times over.

Yet, in meditation, I still struggled to contact the ever-joyful, ever-loving God described in Autobiography. Although many outer distractions were left behind, the inner ones remained. I decided to take a vow of brahmacharya, for a one-year period to focus exclusively on the spiritual life. Eventually I entered the Ananda Monastery.  I was ready to rebuild my life around the search for God.

I began teaching at a Living Wisdom School in the  Education for Life system based on Paramhansa Yogananda’s spiritual training for children. My beliefs about education and children had to change too. There were still grades and accolades, but the school’s focus was on raising consciousness. Every student’s body, feeling, willpower, and intellect received attention to develop their highest spiritual wellbeing.

Autobiography of a Yogi ushered in my second life. It transformed me in ways that years later, I am still discovering. Reading it was Yogananda’s way of introducing me to my higher self.

If you read it, gaze into the eyes of Yogananda, and ponder life’s great mysteries. You are guaranteed to discover a second life, however, be warned you may lose that which does not serve you. You may gain new attitudes, interests, and friends that bring you true happiness. This is Yogananda’s personal guarantee. By inviting him into your life, he will awaken you spiritually.

Autobiography of a Yogi was published in 1946.  Ananda offers you a free audiobook or e-book of the original version given freely to inspire your spiritual life.

About the Author
kamran matlock 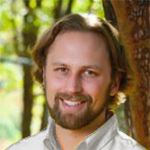