Governments cannot set the moral tone for an age.

Human problems have their roots deep in human nature. Their only possible solution lies quite outside the political arena—in a broad shift of consciousness. Governments cannot set the moral tone for an age. They can only reflect back what the populace already perceives as true and is willing to accept.

Throughout history true reforms have come about not by getting the governments to “do something about it” nor by popularizing the issues through newspaper editorials, but by the convincing example of a few people – even of one man or woman – with a shared vision whose influence has reached out gradually to touch many lives, until, lo! vast numbers find themselves thinking in new ways.

A case in point was the scientific revolution. It was not decreed by any government. The Vatican, indeed, did its best to stop it; it accused Galileo of heresy. The revolution took place because the discoveries of a very few people inspired a few others, who in turn inspired many more. Today, what sane person would reject the findings of those early scientists?

The early Christians, being a persecuted minority, had no vote at all. Outwardly, the influence they exerted was less than zero. Their moral and spiritual convictions, however, were so strong that they converted the whole Western world, eventually, to their views. The change they wrought was a metamorphosis in consciousness, not in civic law.

What are the mechanics of reform?

The mechanics of true reform are perfectly simple. The way to get people to change their behavior is to inspire them to desire the change. One cannot coerce others, not even for their own good.

The mission of religion is to inspire people with a desire for goodness and truth.

The mission of religion is to inspire people with a desire for goodness and truth. The reformed lives of a few saints have inspired countless people to live better lives themselves. Everyone knows at least something of Buddha, and Jesus, and Mohammed, and of the impact they had on world history. Can anyone name even one worldly leader whose impact was even faintly comparable?  Countless rulers through the ages have hurled vast armies into campaigns of world conquest. They, and their paltry deeds, lie all but forgotten on the sands of time.

Jesus Christ, on the other hand, inspired a mere handful of disciples, who in turn inspired hundreds more, who in their turn inspired thousands. He initiated thereby a change in human consciousness that endures to this day. Buddha’s impact—again, an expansion outward from a few to many others—had a far greater influence on Eastern history than that of any Tamerlane or Genghis Khan.

Individuals must transform themselves.

The influence of Jesus Christ and Gautama Buddha is a greater force for peace even today than any treaty has ever been or is ever likely to be. The consciousness of true peace, similarly, in a mere handful of men and women, could inspire the masses everywhere with a longing to live at peace. This, then, is the need today: Individuals must transform themselves. If we want peace on earth, we must achieve peace first within ourselves.

Can the world be perfected? 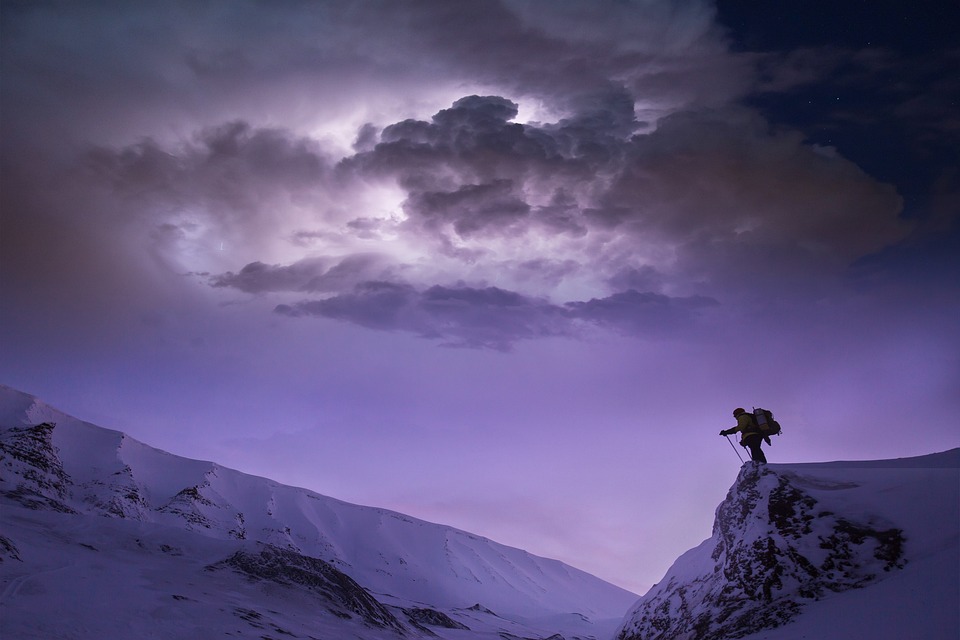 The thought that this world can ever be perfected is one of man’s greatest delusions. What this world is, simply, is a school, through which the soul passes on its upward evolution. Perfection is, in other words, an ideal to be sought for the benefit of the students, not of the school. Were this school, our earth, to complete its educative purpose, by means at present unimaginable, it would mean simply that souls still in need of its instruction would have to be enrolled elsewhere.

No outward improvement in the world will ever guarantee a corresponding improvement of the individual. Ultimately, man’s betterment depends always on his own recognition of his need for it.

I don’t say, never try to improve things. Do improve them if you can, always calmly and in support of the good, never with anger. But realize that there are simply too many wrongs in the world for all of them to be improved very much. Your first need, always, is to remain calm and undisturbed in your Self.

How do we best help others?

One of the many pitfalls that await the seeker on the spiritual path is that of doing good works for their own sake, rather than out of devotion to the only true good, which is God. Many religious believers hide a dread of divine love, all-absorbing as they know it must be, behind good works. Good works are their means of, at least hopefully, placating God. The truth, however, is that good works, too, often constitute a kind of outward involvement that leads to forgetfulness of God.

When, as the Bible relates, Judas suggested that the precious oil of spikenard be sold and given to the poor. Jesus replied, “The poor you have always with you, but me you have not always.” Judas Iscariot was, or seemed to be, pleading for social upliftment over soul-communion with God. To Jesus Christ, however, mankind’s relationship with God is the most important issue there is.

Jesus certainly was not indifferent to human suffering, including poverty, which so many endure. His entire life was a veritable beacon-light of compassion. His highest mission, however, was to awaken people to the divine truth within them.

Thus, when he told Judas, “The poor you have always with you,” his meaning was that injustice will never be eradicated so long as God is ignored. All suffering springs from trying to live without God. The eradication of earthly sorrows depends above all on eradicating our indifference to the Lord, and only secondarily—though not insignificantly—on hard work. Poverty cannot be alleviated except temporarily by gifts of money, the chief reason being that charity fails to attack the problem at its roots.

Give others joy and uplifted awareness to solve their own problems permanently.

“Social injustice,” Jesus implied, “is inevitable as long as people choose to cling to delusion. The world’s problems will be solved only by increased awareness of the only reality, that is to say, God.” To give gifts of money may be good, but it can enslave others and also oneself. To give others joy and uplifted awareness, however, can enable them to solve their own problems permanently.

People who want to do good in the world often desire to pursue certain actions in the personal conviction that the world needs these things. Such actions may or may not be laudable, but a sattwic person allows God to decide in such matters. He acts to please God, and not for any other motive. Moreover, he acts in accordance with divine guidance, either what he receives from his guru or from God directly.

Everyone’s highest duty is to seek God. To pursue this duty may effectively cancel out every other karmic pattern, so that if the schoolteacher decides to go off and live with a group of people who are seeking God, and is not able in that new environment to teach children, he will, in any case, have chosen a higher dharma and one which will take him more surely up to that divine summit where all duties end. To fail in that task will also be more liberating for him than to succeed as a schoolteacher, for it will take him eventually out of karma altogether, whereas teaching school will only aid him on the path toward good karma, but not necessarily toward liberation.

The unique gift of the devotee

Service to mankind is not, as such, the highest calling, though it can be a path to God if it is truly the Lord that one is serving through others. Service with devotion is also, of course, a means of channeling God’s love to others and, therefore, of purifying the heart. God’s call in our souls, however, is to reverse the direction of our energy-flow from matter identification to infinite freedom in Spirit. Everything we do should have God’s love for its focus.

What practical service, indeed, can the unskilled devotee offer to the decrepit, the ill, or the needy compared to that which is competently offered by doctors, nurses, and charitable institutions? Outward efficiency, however, is not the deeper issue where spiritual service is concerned. The truly poor are not those who have no money, but those who haven’t God.

The unique gift of the true devotee is the grace he receives to channel God’s love and grace to others. To serve in this way, one must offer the fragrance of devotion at the feet of the Lord. In silent inner communion, one’s attunement deepens gradually, and one becomes an ever-clearer channel for God’s love.

Thus, the true devotee plays a vital role in banishing spiritual poverty from the world. He also helps to free the world of those attitudes which attract material poverty. Through meditation, one’s outer service, too, can be perfected. Most importantly, in divine union the soul knows infinite bliss. Every soul, once it becomes enlightened, uplifts the entire world in ways that could not be equaled even by millions of people dedicated to social betterment.

The thought that this world can ever be perfected is one of man’s greatest delusions. What this world is, simply, is a school, through which the soul passes on its upward evolution.Swami Kriyananda

Excerpted from books and talks including, The Essence of the Bhagavad Gita, The Promise of Immortality, and The Peace Treaty (Introduction).