Like all Ananda Yoga Teacher Training graduates, I was asked to write an evaluation of the course. My comments were eventually published in a subsequent Expanding Light program guide (right underneath a photo of Lisa Powers demonstrating “Garudasana arms”) They began: “I am a skeptic…”

Although I was not deliberately trying to be provocative, I think that I proclaimed these words almost proudly, as if to “strut my stuff” of rationality and discernment. This attitude persisted for the next two years.

For example, when I attended the Advanced Pranayama and the Subtle Body course in February 2001, I told Gyandev McCord that the workshop’s premise required the suspension of disbelief — “as though,” I remarked, “one were taking a class in ‘How to Treat a Space Alien When He Comes Down to Earth.’ One has to believe in the existence of the Space Alien, first.” Same with the concept of a subtle body.

It wasn’t just cynicism or skepticism that permeated my thoughts and words. I suffered from constant doubt. (I still do; but then, so did Mother Theresa. Gyandev is more charitable: he says I have a “sincere desire to know and a questioning mind,” and that those are, in fact, assets.)

I remember confessing to one of my AYTT teammates, during a student-teaching exercise, that I didn’t feel comfortable leading a yoga class centered around the “AUM” sound because “I don’t really believe in it.”

I had never truly appreciated the (negative) power of the words (or the underlying sentiments) that I was expressing until I read Paramhansa Yogananda’s Scientific Healing Affirmations (1924 edition), in which he points out what skepticism really is: a form of spiritual disease.

He wrote that mental and spiritual inharmony are the causes of all disease, and if the mind is free from “mental bacteria” and the Soul is free from ignorance of its true nature, “no material disease or lack can follow.”

This brings me to the point of this article: after almost three years of teaching hundreds of Ananda-style yoga classes, I have finally come out of the closet as an Ananda Yoga® teacher and now use the affirmations as part of my teaching of the yoga postures.

Here’s why I’ve made the transition:

Affirmations Are an Integral Part of Yogananda’s Teachings

As a former lawyer with an above-average understanding of the law of trademark and copyright, I always knew that the use of affirmations was a unique feature of Ananda Yoga.

However, I never realized that Yogananda himself espoused the power of words — in particular, of affirmations — vis á vis Self-realization.

“Man’s word is Spirit in man. Words are sounds occasioned by the vibrations of thoughts. Thoughts are vibrations sent forth by the Ego or Soul. Every word that leaves your mouth ought to be potent with your genuine soul vibration. [Italics are mine.]

“Words in most people are lifeless because they are automatically put forth into the ether, without being impregnated with soul force. Too much talking, exaggeration or falsehood used in connection with words is just like shooting bullets out of a toy gun, without the gun-powder.

“That is why the prayers or words of such people do not produce any desired definite change in the order of things. Every word you utter you must mean it, i.e., every word you put forth must represent not only Truth, but some of your realized soul force. Words without soul force are husks without the corn.”

“Words that are saturated with sincerity, conviction, faith and intuition are just like highly explosive vibration bombs, which when let out, are sure to explode the rocks of difficulties and create the change desired. Avoid speaking unpleasant words, even though they are true. [Again, italics are mine.] Words must be intoned according to the convictions within.

“Sincere words or affirmations repeated understandingly, feelingly and willingly are sure to move the Omnipresent Cosmic Vibratory Force and render you aid in your difficulty. Only appeal to that Force with infinite confidence, casting out all doubt and the spirit of looking for the desired result. If you don’t do this, your appealing attention is deflected and side-tracked from its objective mark.

“Besides, you cannot sow the vibratory prayer seed in the soil of Cosmic Consciousness and then pick it out every minute to see if it has germinated into the desired result or not.”

Thus, I know that in order to more effectively “hold up the light” to help guide my yoga students along the spiritual path, I must utilize the affirmations that Kriyananda created for the asanas when teaching authentic Ananda Yoga.

My Teaching Reflects My Spiritual Development

Now, more than two-and-a-half years after graduating from Ananda Yoga Teacher Training, I have come to the conclusion that the evolution of my yoga teaching style reflects my own spiritual development. Since 1999, I’ve frequently gone back to The Expanding Light, ostensibly to obtain my Level 2 Yoga Teacher Training certificate.

However, I don’t just go there for programs. Sometimes — because I’m lucky enough to live only an hour’s drive away — I go there to do sadhana, or to help out in the kitchen.

What I find is that the deeper I dive into Ananda Yoga, the more I realize how ignorant I have been with each step I have taken along the spiritual path.

My experience as a yoga teacher is a prime example of this. My first job after AYTT was a two-year stint as a yoga instructor at the Auburn Racquet & Fitness Club. I loved teaching there, because the students were, for the most part, as wary and unconscious as I was about the power of yoga to affect our lives, except perhaps on the grossest physical level.

I discussed the anatomical and physiological effects of the asanas on particular systems of the body. I emphasized the sports-conditioning, stress-reducing, and medically-proven healing possibilities of the postures. If I mentioned the affirmations at all, it was in a tongue-in-cheek, cavalier fashion.

My rationale for teaching this way was simple: “I am teaching at a gym, and that is the form of yoga that I’m supposed to teach. If I try to teach spiritual yoga, I will be fired.”

After two years, I left the Racquet Club and opened up my own yoga studio — Mountain Top Yoga — in Meadow Vista, the small town where I live. However, I still had a hard time forcing myself to use the affirmations, primarily because I was embarrassed and did not fully believe in their efficacy myself. And so, I characterized my classes as “Ananda-style” yoga.

“After all,” she pointed out gently, “you can’t be fired for using them; you own the studio!”

However, as I find myself attuning to Yogananda more and more, it has become impossible to cling to my old security blankets of skepticism, doubt, and cynicism. I find that I have to utilize every tool I have been taught — including affirmations — in order to teach yoga effectively.

In the year since I opened Mountain Top Yoga Studio, students have been coming at a gratifying rate. The schedule of classes has increased from one Thursday morning class per week (taught by me) to more than 16 classes a week (taught by three teachers). [The studio’s success has allowed me to retire from law and devote myself to teaching yoga full-time.]

Most recently, in response to requests from several of my students, I began offering a Children’s Yoga class, based on the theories I learned at the Sharing Yoga with Children program with Michael (Nitai) Deranja at The Expanding Light.

I was nervous, because, even though I love children, motherhood has never been my favorite job. The first day, 11 children showed up, and the class was a total blast! Students have requested more Children’s Yoga classes, more evening classes, afternoon classes for schoolteachers, and a meditation class.

Gyandev said that it all has to do with magnetism, but I am reluctant to ascribe such a lofty characteristic to myself (until I realize that when I teach yoga, I am merely a channel for God).

All I know is that the students keep coming, even though (or perhaps because) I am incorporating more and more of the affirmations into my yoga classes. The same is true for the Energization Exercises. I’ve even started to make reference to that Space Alien, the subtle body!

A graphic illustration of the possibility that I should come further out of the closet about teaching Ananda Yoga occurred just a little while ago. I was teaching a private class to a former Racquet Club student who had won it in a fundraising raffle at the Placer Nature Center.

At the end of the class, the student asked me to write down two of the “beautiful” things that I had said earlier in the class: “Environment is stronger than Will,” and the affirmation for Savasana (“Bones, muscles, movement …”). Too bad I had taught her yoga for two whole years at the gym without introducing either of those two phrases into her life until now.

The Divine Mother is forcing me out of the closet in many ways. For example, I have a new yoga student who just moved to the town of Gold Run, a good distance away from Meadow Vista.

She had absolutely no idea that I taught Ananda-style yoga. However, it turns out that she and her husband had once attended a weekend workshop at The Expanding Light, long before she ever moved to the Sierra Nevada foothills, and that she loves The Expanding Light and Ananda Yoga!

It was obvious to me from the start that she could perform the asanas far better than I can. I thought to myself: “What do I have to offer this woman? She doesn’t need to be in my class.” I told her that there was a yoga studio in Dutch Flat, a community that is much closer to Gold Run.

The student told me “Yes, I know; but that is YogaFit yoga. I am here for the spiritual aspects that you can teach me.” Gulp! As Alfred E. Newman used to say in Mad Magazine: “What, me worry?” (She also sends her 6-year-old son to my weekly kids’ yoga class.)

Since students are coming to my classes for other things besides the asanas — i.e., for the affirmations, Energization Exercises, and/or spiritual aspects of yoga — then it behooves me to get my act together and really learn my stuff. And so, as I timidly evolve into an Ananda Yoga teacher — one class at a time — I vow to earnestly apply myself to really learning all of those spiritual concepts that I struggled so mightily with two years ago at Ananda Yoga Teacher Training. Wish me luck.

About the Author
Susan Hayes 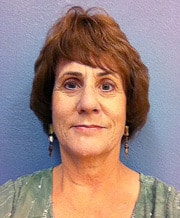