In today’s western culture, there are so many teachings about how to use spirituality to become materially wealthy. One cannot deny that man has basic needs: food, health, shelter, etc. However, it seems that many, at least occasionally, define their needs according to their desires. Would having enough money to fulfill all our desires really be the great boon that we think it would be? Or is being in tune with God and accepting what He gives us the way to true happiness? 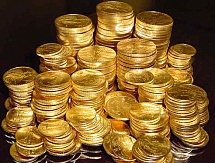 Finances can become such a huge area of growth for the devotee. Money is just another prop on the stage of creation that God uses to help us in our quest for spiritual freedom. “Seek ye first the kingdom of God and His righteousness, and all these things shall be added unto you.” Jesus declared.

My wife is from Canada and before we met, she had various incidents at the border that caused her great difficulty in obtaining her green card. She came to Ananda at age 17 with a bag of clothes and less than one hundred dollars. Since then, she has been able to raise over 30,000 dollars for legal bills and other citizenship fees. She is a sincere devotee of God and thus, a wonderful testament to the truth in Jesus’ words.

If however, God were to give us millions of dollars, how many would go into a binge of ego-driven indulgence at the expense of inner peace! Would that be considered a blessing? I think not! Studies show that an enormous amount of those who have won the lottery have ended up in loads of trouble! The great poet Walt Whitman said, “Luxury will buy you luxury.” I think his meaning was that having great wealth can encourage a luxurious attitude towards life in which one is focused mainly on acquiring material pleasures—fun for a bit, but ultimately satisfying to no one! 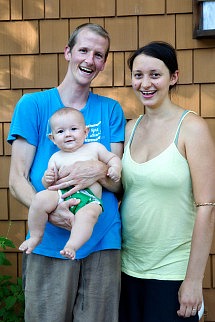 “People forget that the price of luxury is an ever-increasing expenditure of nerve and brain energy, and the consequent shortening of their natural life span.” Paramhansa Yogananda explains in The Essence of Self-Realization. “Materialists become so engrossed in the task of making money that they can’t relax enough to enjoy their comforts even after they’ve acquired them.”

My wife and I had a wonderful experience a few weeks back when we realized we only had twenty dollars in our bank account and we needed groceries. We had such a joyful time picking which items were going to be the best choice and putting back the ones which were not. We were running around the store like little children on a shopping spree after mom gave them money for a treat! It was thrilling to realize how even with barely any money, we still felt wealthy in Divine Mother’s presence.

Nayaswami Jyotish was giving a discourse in the 1970’s and he said, “If you choose to live for God and serve His work with your life, you might not have all the things that money can buy. But you will have all the things that money cannot buy.” Putting God first in our lives makes us exceedingly wealthy in the highest way. Humility, non-attachment, contentedness, and the magnetism to draw what we need, all come to us in abundance when we live for Him.

However, wealth on the material plane is not inherently bad. Most of Yogananda’s advanced disciples had accumulated great financial wealth in addition to their spiritual fortune. They used their wealth to assist him in establishing his work of Self-Realization. In one of the master’s lectures he said, “Every good, noble, or philanthropic work sooner or later comes down to a matter of money.” Material wealth is not a burden if it is understood properly and used to generate spiritual awakening. It is a great blessing if that wealth is used to bring positive change to the world. 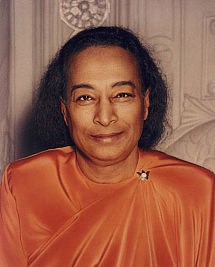 Money is energy. It flows in and out of our lives. If we try to hoard it, we cut off the flow of energy much like putting a kink in a hose stops the flow of water. Yogananda had loads of bills to pay and people to feed. Yet he said, “When money is given into my pocket, the only pleasure is to give it away…Money helps to help others and that is the only use I see in money.” He completely understood the flow.

A study showed that a large number of people from all levels of financial attainment were asked if they were happy with the amount of money they had acquired. Most of them replied that they would be happy if they had just ten percent more. Curiously, tithing is a practice in which we give ten percent of our money to the source of our spiritual inspiration. Could it not be that our solution to material prosperity lies not in acquiring, but in giving?

A beggar was living in the slums of India and a great king passed by him one day. “Oh!” he thought. “The king will surely take pity on me and give to me a portion of his wealth!”

As the king approached, the beggar stood up and awaited the king’s recognition. “What”, the king asked, “Do you have to give to me today?”

The beggar, a bit shocked, looked at his meager possessions and proceeded to remove one grain of rice from his food pouch and handed it reluctantly to the king. Saying nothing more, the king continued his journey onward.

That evening, when the beggar emptied his pockets, out came one grain of pure golden rice. Regretfully he exclaimed, “If only I had given him all that I had, I would be a rich man!”

If we want a teaching on how to become truly prosperous on every level, we should keep in our hearts the golden truth of this story that it is more blessed to give than to receive. God, The Universe, Divine Mother, or however we wish to address the source of our existence, will watch over us in the sweetest of ways when we live as the saints do: with an attitude of unceasing and boundless generosity. Anne Frank sums this up beautifully in her saying, “No one ever became poor by giving.”

God is the ultimate gift and the one giver behind all gifts. When we allow Him to give through us, we experience His presence. This is the greatest security, the most abundant wealth, and a retirement plan we can all really count on!