Growing up whenever someone died in our family, it was customary to ask for a sign from God that their soul was at peace. I don’t know if this was an Italian thing, a Catholic thing, or a combination. Surely, we all want to know our loved ones are at peace after passing from this physical world.When my cousin Joanna died at the age of twelve from ovarian cancer, my aunt asked for a sign. My sweet young cousin Joanna’s hospital room was filled with the scent of roses after she passed. We considered it a sign from Jesus Christ. This year my earthly father, Joseph Henry Romano, passed away suddenly. Our family began to look for a sign of his peace.

My mother chose a song for us to sing at my father’s funeral mass called Earthen Vessels. The lyrics to the refrain are:

It’s a beautiful hymn.  Whold the light of Spirit, the Christ Consciousness, within our “Earthen Vessels.”

Two weeks after my father’s passing no one had received any sign.

Then a strange thing happened. Call it a coincidence, totally random, or a sign from God. My mother went to Mass two weeks after my father’s passing (a different church from where my father’s funeral service was held) and they played Earthen Vessels . It’s an older song not played all that often and it touched her to hear it so shortly after the funeral.

She wrote to me, “Dear Philip, I asked for a sign from Dad that he is ok and this morning they played Earthen Vessels at mass. I have asked Dad to come to you as well.”

Then, that same Sunday evening I opened up Autobiography of a Yogi to a random page as I often do. It happened to be from the chapter, Materializing a Palace in the Himalayas. I couldn’t believe what I read:

“‘The purpose for which the palace was created has now been served,’ Babaji explained. He lifted an earthen vessel from the ground. ‘Put your hand there and receive whatever food you desire.’”

Out of all the pages and passages to read, I had seemingly stumbled upon ‘earthen vessel.’ I don’t believe there is any other page in the book that has the phrase `earthen vessel.’

I believe it was a sign from God that my father’s soul is at peace. It was the spiritual food I desired.

Many, many times my spiritual food has come from the Autobiography, so I am thrilled to let you know that Ananda offers you a free audiobook or e-book of the original Autobiography

May we lift up our `earthen vessels’ to become ever purer channels for God’s grace, peace, and harmony in this world.

Thank you for the reminder, Dad!

About the Author
Nayaswami Narayan 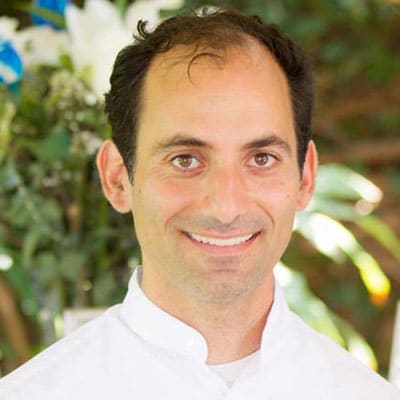 Nayaswami Narayan is a disciple of Paramhansa Yogananda. At Swami Kriyananda’s request, Narayan and his wife Dharmadevi moved to Los Angeles and became the spiritual directors of Ananda Los Angeles in 2010.Prior to that, they lived at Ananda Village in Northern California. There, Narayan helped manage the publishing arm of Ananda, Crystal Clarity.
Read more