Inner Renewal Week, a month ago, focused on life, death and rebirth, viewing our ultimate transition as a “final exam” we might prepare for now. One tip, for me, stood out:

Since going through hospice with my partner Ken in 1998, I’ve been a “student of death,” so to speak. I trained, first, as a hospice aide, then as a hospital chaplain. I’ve transcribed dozens of interviews for a book Nalini Graeber is doing on Ananda friends who have passed. My goal? Putting myself in the shoes of those leaving this earth. I’ll be there soon, and getting some ducks in a row is only smart.

There are “good deaths” and “bad deaths.” Seeing the latter provides incentive for precaution: forgiving friends (and yourself), doing what you can to make things right, and — most important — asking what you’d feel worst about not having done, a gun aimed at your head.

I like to picture myself freshly dead: hovering in a netherworld of light, struck by the knowledge this life is over. How will I feel? “Good job!” I hope. “Tricky, but things worked out.”

I’ll be watching friends cry at my funeral, saying nice stuff. One or two will show up, at least. But even if it’s just God and me, there will be an amazing story to be told, I have no doubt.

I don’t know about you, but there have been a few bumps in the road. I probably have PTSD. I still have flashbacks. Fortunately, I’m able to say whatever self-inflicted knocks I took were worth it, even necessary.

Recently Swami put out a call for personal examples of divine intervention.

“How Master Saved My Life
By Throwing Me in Jail
At My Request!”

I dashed off four jaunty paragraphs, saying I’d be the only one telling that story, I was sure. Later Asha Praver, taking on this “miracles book,” convinced me to go deeper.

“It’s remarkable how you’ve turned tragedy into something uplifting, but four paragraphs aren’t enough. You need to tell the whole story — in all its complexity — which is not to say there can’t be humor, but you have to face the darkness, first and foremost.”

“What will people think?”

“Don’t worry about that. You’re not giving your reader enough credit. Many, many people have been through these things, and worse. Just tell your story. Your sincerity will shine through. Don’t be overly graphic, but say what you have to say.”

Had I known what I’d be getting into, I would’ve thought twice. Four paragraphs became 2,400 words and took me places I wanted to forget. In the end, however, I was glad I’d persevered. Asha seemed content.

“You certainly told the whole story.”

To my surprise, the sky above cleared, and a tale I’d been trying to suppress became something I was eager to share! The villains, I saw, but enhanced the victory, indeed, made it sweet.

“Do you like it?” I asked my friends. “You have to admit it’s entertaining!”

None dared admit they’d been entertained, but I refused to believe them. This was tabloid material, with a moral, and a happy ending to boot! How interesting, I thought. The moment I stepped back from it, the worst time in my life started looking like something I’d pay money to watch.

As 2012 drew nigh, a further understanding came. After 33 years being part of Ananda, my self-examination had vaporized the obstacles between me and life membership. I applied and was quickly accepted.

I’ve watched enough Special Features on DVDs to know there’s tons of stuff directors cut. Good stuff – but stuff that slows the main story and veers it off track. What if, right now, I found myself not talking to you, but floating in some netherworld, looking down on my funeral, saying my last goodbyes? Would I be proud of how the edited version of my life played from the rafters?

You bet I would!

When my mother said, “Don’t worry what other people do — you do what you know is right,” I listened! Even when she was one of them.

When they set me aside, I went on alone.

When it would have been easier to stay in situations of no growth, I forced my way out: out of the house, out of college, out of the country, out of Ananda — and back – often with nothing but faith in myself.

When I had every right to withhold my love, I took a deep breath and loved again.

I’ve been selfish! Instinctively, I have known a life without growth would disappoint, no matter how rich or celebrated. I’ve managed to learn, somehow, ‘tis more blessed to give than receive, to love than to be loved. Yet loved I am.

Focus on the happy memories and experiences.

And if the story needs changing, do it now, while you can. 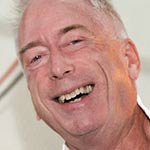