Mexico Trip by Hridaya
This past June, seventeen junior high and high school students and nine adults from Ananda Village spent ten days at an orphanage in La Paz, Mexico. This was the fifth journey to La Ciudad de Los Ninos Y Las Ninas (The City of Boys and Girls) undertaken by Ananda members. All of the students who participated were required to earn their own money for the trip, and spend a semester studying Spanish and Mexican culture.

Living at the orphanage were ninety youths from age six to twenty-two, three nuns, and Father Efrem, the resident priest who oversees the orphanage. A beautiful new dormitory for the older boys, started two years ago by several Ananda members, was recently finished.

Our children found their niche in unstintingly giving of themselves to the Mexican children by daily sharing their lives and service. Mother Theresa has defined love as “giving until it hurts.” I saw our children living this truth. In many ways being there was more challenging for them than the adults because the Mexican children constantly drew on their energy.

One of the most inspiring experiences was watching everyone in our group deal with the physical challenges—intense heat, water running out just before it was your time to shower, the lack of personal space and physical comforts, and the unvarying diet of beans, rice and tortillas. Instead of complaints, there were light-hearted jokes that always lifted any potential downward energy. A phrase coined many years ago by an Ananda member—“turning bummers into blessings”—perfectly describes this experience.

Never have I seen so many transformed bummers in so short a time! The entire experience was truly unforgettable.

A whoosh of hot, humid air hit me as I stepped off the plane into a new culture, and into a new chapter in my book of life. It was early evening and the sky was growing dim. The light surrounding the airport had an eerie glow as the ever- present bare neon lights reflected off the turquoise concrete walls.

We were greeted outside airport customs by a bouquet of joyful faces and two old vans waiting to take us to the orphanage. We stuffed our forty-plus suitcases full of donated clothes, school supplies, and toys into the vans, wedged ourselves in between, and drove off into the night. Our pilgrimage, for that is what it was to become, had begun.

I was first inspired to go on this trip by the descriptions and memories friends had shared of their visits to the orphanage in La Paz. Most of the kids living at the orphanage hadn’t a penny and yet were, somehow, very happy. I felt that I too would like to share in the experience of service and giving from the heart, but I never guessed it would change my life.

To have had such a positive effect on the lives of those wonderful kids gave me great personal joy and feelings of overwhelming gratitude for the experience. I remember thinking: “Now, this is how I should feel all the time. You know the feeling accompanying the starting of something new, the old chapter in your book has ended only to open a whole new world of possibilities? That is what this trip was like for me, a new chapter.

We arrived at the orphanage after dark, tired, curious, excited and suffering more from culture shock than jet lag. We plopped into our new beds and tried to calm our frazzled minds. Sleep came at last, but at 5:30 the next morning it was “rise and shine” to a brand new day.

Looking out the window at the surrounding buildings—and the people beginning to gather in their shade— my first impression of the orphanage was somewhat of a surprise. Outlining the buildings and grounds, surrounding the cement courtyard and dining hall, were patches of well-tended grass and lovingly sculptured ficus trees. Having so little, the orphanage took special care of what it had. The plants as well as the children.

That first day seemed like a week, and I didn’t think I would make it to the end of the trip. But, as I started to develop a personal connection with the kids, and their culture, I began to realize why I was there: to make a difference in their lives and to be their friend. That really was the service.

The loving adults and beautiful kids at the orphanage treated us with such honor and respect that we felt like royalty—and this was more than a little confusing in the beginning. We hadn’t come to La Paz to be served, we came to serve, and it took a little time for us all to relax in each other’s company.

But soon the formality melted. Teaching the kids to make friendship bracelets, helping in the kitchen, or just playing catch became opportunities, in our limited Spanish, to form precious friendships.

That was truly an amazing part of the whole experience—that two different groups of kids coming from such different backgrounds could create a world where we came together as friends. We sang together, worked together and played sports together—teaching our favorite games to each other. On the last night of the trip, the orphanage boys had so improved in skill that they won the Mexico vs. US Gold championship volleyball game.

Throughout the whole trip I found that when I stepped away from my comfort zone, reached out and stepped into my new friends’ world, I could serve them better and we became better friends. We all experienced so much on this pilgrimage, in ways of personal growth, humility, and expansion of the heart. I have never before found such joy in service.

June 30, 2000:
…as I glance back over my shoulder, taking a final look at the orphanage that had been my home for the last ten days, and the children who had so readily taken me into their hearts, I mentally traced each face with my finger. I couldn’t keep the sadness from my face or the tears from my eyes.

The shadows and light were familiar now, as was the smell of salt air. And as we pulled into the airport to board our return flight, I reflected that in this new chapter in my book of life I had grown in ways that I am deeply thankful for.

About the Author
hridaya atwell 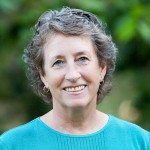