This past weekend was a very busy and joyful for the folks at Ananda Village. We hosted people from all over to celebrate the 41st Anniversary of Ananda and Independence Day. 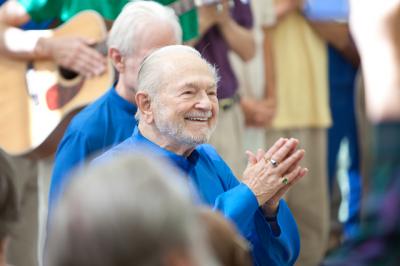 Friends from all over came to help us celebrate, of course, but especially they came to see Swami Kriyananda who has just returned for a 2 month visit to America. This weekend is just one of three major public events scheduled while he is here. 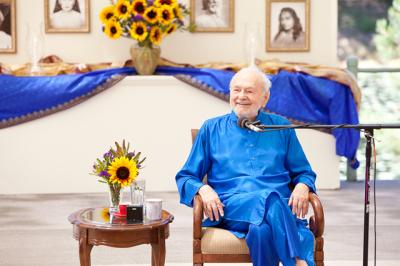 Swamiji gave three talks: one on Saturday, one at Sunday Service and one at the Sevaka Retreat held at the Meditation Retreat. There was also a talk on Friday given by Jyotish and Devi Novak and Ananta McSweeney. The talks were amazing. All of them are on Ananda.org, so you can listen to them anytime. 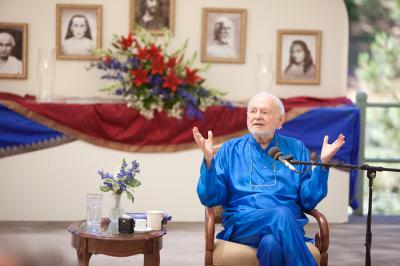 Swamiji was filled to overflowing with inspiration and his talks touched on many aspects of the life of a spiritual seeker. He was quite tired from all his recent travels but came and filled the amphitheater with spiritual strength. 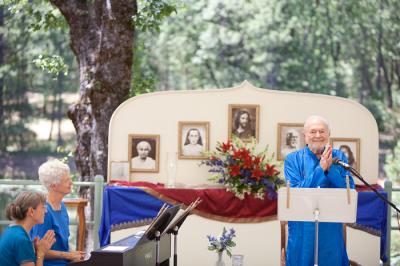 On Saturday night there was a concert in The Expanding Light Amphitheater that featured a 90 person choir. It was so beautiful. A new song was debuted: Larks Fly High. Swami wrote it for the new book, The Time Tunnel. If you would like to listen to it click here. It is enchanting sung by some of our Ananda children and Karen and Dambara. 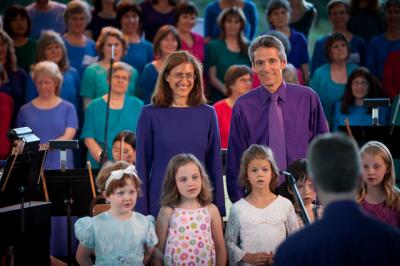 Also part of the weekend was the annual 4th of July Parade. A classic! Floats! Costumes! Flags! It didn’t last very long, but I saw a lot smiling faces. Then there was picnicking and games. 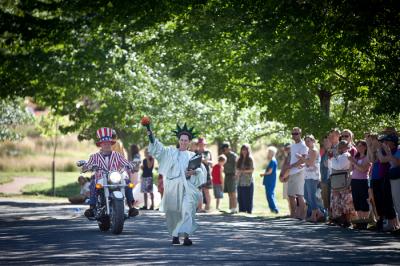 Our parade started with Lady Liberty (Marga, from Spain) and Uncle Sam on a motorcylce (Lucien, from South Africa)! 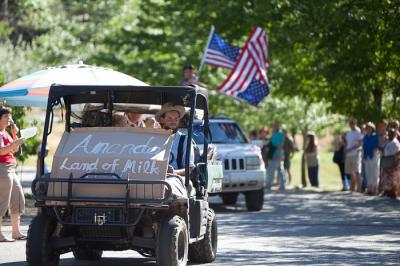 We had a float highlighting the Ananda goat farm, Yogoata dairy. 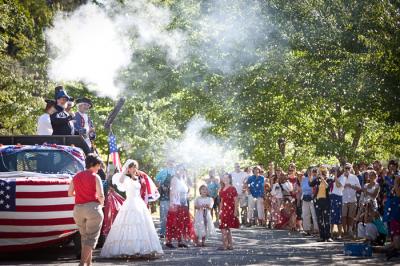 And finally, five different presidents made an appearance with Andrew Jackson firing a canon with popcorn in it. Fun.

Monday was the day for our annual Sevaka Retreat held at the Meditation Retreat. The retreat center gets more beautiful every time I see it. It is so lush and colorful. The day began with a 3-hour meditation, then a brunch that was attended by Swamiji. 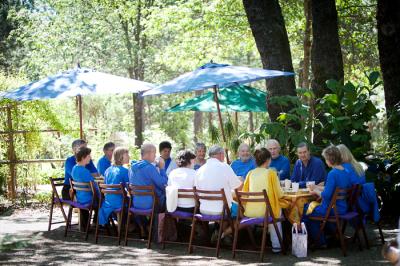 The sevaka members then convened to the temple of trees for brief, but inspiring reports from all the colony leaders. Swamiji spoke for about 35 minutes. It was a beautiful day. 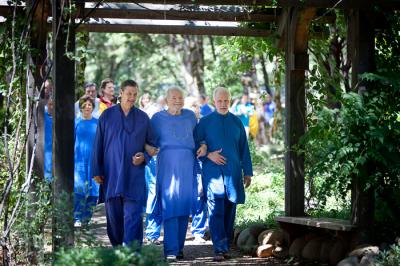 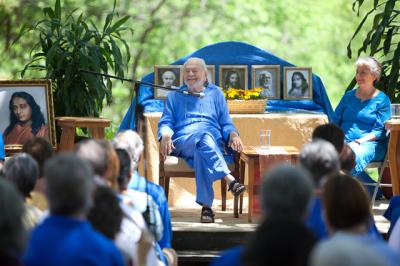 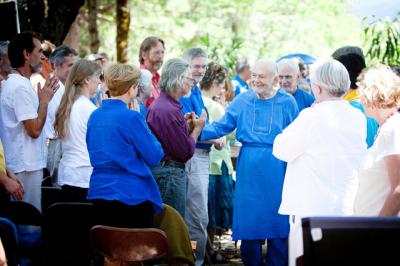 It is SO nice to have Swamiji back in the village. He will be doing a live webinar June 15th. Check ananda.org for details.
I hope you enjoy the pictures. Blessings to you all.
Love, Barbara