Many of you are probably like me—you’ve got an average singing voice though nothing that’s going to win you a Grammy. So does that stop you from thinking that you have anything to offer?

Years ago I found myself in the position to sing a solo in front of Swami Kriyananda. After I sang Swami Kriyananda remarked, “David, why have you been keeping your light under a bushel?” I don’t confess to having a stellar voice, so that was a bit of a shock. I’m sure if you listened to the recording (which I don’t have) you wouldn’t think that I was the next Harry Connick Jr. 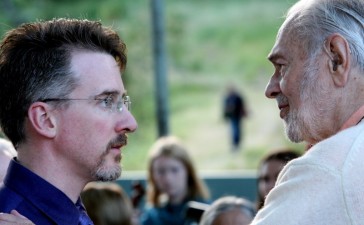 So what did he mean? Was it just a kind compliment, or was it a charge for me to get over my reluctance to share my light in front of people? Somewhere along the road I learned to shut up, learned to be unsure of what I had to offer, unless I was preaching to the choir (every Tuesday night).

Recently I’ve had a moving experience. Literally. We’ve moved from the Ananda Village in rural Northern California to the Ananda Portland community in Oregon, so that I can offer what I’ve learned into a larger urban setting. Does this terrify me on some level? Of course it does.

You know why people “keep lights under bushels”? To keep the light safe. I must admit that I’ve been very comfortable under my little bushel. I “ran away” from the world 14 years ago, partly because my little candle wavered in the complex winds of worldly ways, and I simply didn’t know how to express my light. I was looking for a shelter against the storm, a place where I could simply and truly live the teachings of Paramhansa Yogananda without distraction. I found all that and much more.

So why the move? To bring my light back into the world and to step out from under my self-imposed bushel. My first step was to create the Voices of Light Virtual Choir™ which weaves together voices from around the world in a quest for higher consciousness using the music of Swami Kriyananda. We’re halfway through our first block of 9 sessions, and would love to reach as many of you out there as possible who may want to join us in singing. We’ll soon be posting some of our mixes for the world to hear.

I’ll also be teaching at the Ananda College and will be leading programs like November’s Resonate with Inspiration, as well as founding and directing the Attune Music Academy™ to teach Inspired Performance, based on the research and experience from my opportunities to explore music and consciousness these past 16 years. I’ll also be blogging frequently on music and consciousness on my website in addition to my posts here.

When you move to another colony so many things work out so well. You  connect with old friends and make new ones easily, as though reconnecting with long lost family. 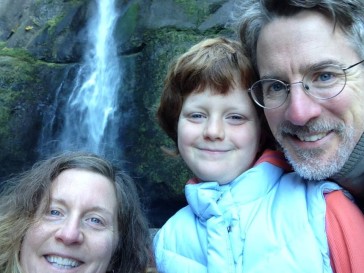 So just remember, as I tell myself, the darkness cannot extinguish the light. The nature of joy, the nature of light is to share itself and expand, and the more light we  share with the world, the more our lives become filled with illumination.