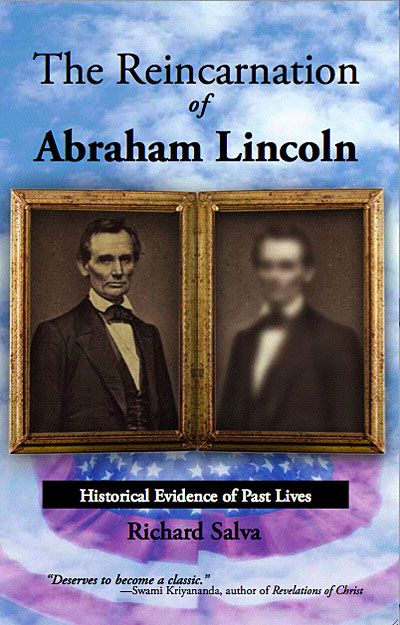 Abraham Lincoln is remembered primarily as the preserver of the Union and the president who freed the slaves. Far less is known about his deep spirituality and devotion to God.

Lincoln was committed to following God’s will, as he understood it, not only in his personal life but also in the conduct of his presidency. This commitment reached its most dramatic public expression in the autumn of 1862, when Lincoln issued the historic Emancipation Proclamation outlawing slavery in the Confederate States. This decision was a turning point in Lincoln’s life, and a challenge from which he emerged as one of the great leaders in history. By what path did Lincoln come to feel absolutely certain that this was God’s will for him and the country?

The spiritual foundations of Lincoln’s life were laid in early childhood. Paramhansa Yogananda said that in a previous life Lincoln was a yogi in the Himalayas, who died with a desire to bring about racial equality. His incarnation as Lincoln enabled him to fulfill that desire. Lincoln was born into a family that resonated with his strong anti-slavery convictions and devotion to God.

Despite a lack of formal schooling, Lincoln had access to a few books which deeply influenced him. Among these were the Bible, the works of Shakespeare, Pilgrim’s Progress, and the Life of Washington. The most influential of these was the Bible, which became the cornerstone of his life.

The Bible: a practical guide

For Lincoln, the main importance of the Bible was its implications for the way people live and treat their fellow human beings. Although nowhere in the Bible was slavery condemned, a fact often used by pro-slavery advocates to justify their own position, Lincoln believed in an underlying unity between people—that we are all created in the image of God.

He concluded that if man is made in the image of God, it does not follow that he was sent into this world to be degraded and brutalized by his fellow man. He felt that no person was a mere thing to be bought and sold. “The issue,” said Lincoln, “is not what a man’s particular abilities might be, but what his rights are as a human being made in God’s image.”

The dilemma of emancipation

Lincoln felt emancipation to be right in principle, but realized that, with the Civil War raging, he had no way to enforce such a decree in the South. To a group of Quakers who urged immediate emancipation, he said, “a decree could not be more binding upon the South than the Constitution, and that cannot be enforced in that part of the country right now.” There didn’t seem to be any clear guidance on how to proceed.

By the winter of 1862, the war, which everyone thought would last just a few months, was going very badly for the North. It was a very difficult time for Lincoln and the nation. He was criticized for his handling of the war and the ineptitude of his generals. After almost a year of fighting, Lincoln had to consider the possibility of defeat. What, then, of God’s will? Could it be something entirely different from his own?

In the midst of these difficulties, Lincoln’s favorite son, Willie, died at age 11. Overwhelmed with grief, he said, “I will try to go to God with my sorrows.”
The ensuing months precipitated Lincoln’s own “dark night of the soul.” Day after day, Lincoln prayed, earnestly seeking to know God’s will for himself and the country. Slowly, after months of doubt and indecision, he again came to feel God’s guiding hand in his life. Out of the ashes of this experience emerged a new man, and a more decisive and confident leader.

By July of 1862, Lincoln had written the first drafts of the Emancipation Proclamation. Clearly, he felt that this was the right direction. Still, always tentative in his approach to God’s will, he prayed deeply for a sign, a military victory, in order to proceed. With the victory at the Battle of Antietam on Sept. 17, 1862, he felt that God had decided in favor of emancipation. From then on, writes one scholar, “the curve of the Confederacy’s fortunes turned decisively downward.”

When Lincoln presented the Proclamation to his Cabinet a few days later on Sept. 22, he said to them, “When the Rebel Army was at Frederick, I determined, as soon as it should be driven out of Maryland, to issue a Proclamation of Emancipation. I said nothing to anyone, but I made a promise to myself and to my Maker. The Rebel Army is now driven out and I am going to fulfill that promise.”

As President, Lincoln’s deepest conviction was that no nation could ever be truly great except “under God.” He tried in various ways to bring an awareness of God into the national consciousness. Lincoln was the first president to speak openly of God in the context of public policy. During the Civil War years he instituted a day of prayer and fasting as a way of uniting people to a common cause. The phrase “One nation under God” and the term “In God we trust” were first used during Lincoln’s administration. He also established Thanksgiving as a national holiday for giving thanks to the Creator.

Paramhansa Yogananda said of great leaders like Lincoln and Washington: “There are politicians and politicians—those puny ones who cater to the mob sentiment and who put the national mansion on a loose foundation. But men like Lincoln and Washington have always tried to solidify the foundations of the national mansions with the eternal rock of truth and spirituality.”

John Lenti, lives at Ananda Village and serves as an Ananda minister and a Clarity editor.

About the Author
Nayaswami Nakin

Nayaswami Nakin, a minister and longtime member of Ananda, lives at Ananda Village in Nevada City, CA. He currently serves in the office of Ananda Sangha Worldwide primarily in the Healing Prayer Ministry.
Read more