Society is catching on to the power of music to affect behavior. In the medical field, music is being used in surgery prep to relieve pain and anxiety. Businesses use music to increase worker productivity and stimulate consumer buying.

Only recently has science begun to investigate exactly how music affects humans: what it does to our bodies, brains and nervous systems. The emerging findings confirm what spiritually minded people have long known: we must be very careful of our “sound environment.”

Children “bouncing off the walls”

My first introduction to the power of music was in the seventies when I worked as a “care associate” for twenty-eight children at a retardation center in Atlanta, Georgia. On weekends, when the medical and teaching staff was absent, the care associates would change the Muzak piped through the building to our favorite rock music station.

As the morning went on, the children went from active to nearly uncontrollable. By lunchtime they would be “bouncing off the walls.” If we hoped to have any peace during the meal, we learned to turn off the rock music about a half-hour before lunch.

By the time I moved to Ananda Village, I was more aware of the agitating effects of music. But it only after hearing Swami Kriyananda speak about music in 1984 that I began to understand the potential of music to uplift consciousness.

I soon had an opportunity to try out my new understanding at home. My seventeen-year-old stepson was packed and ready to go to the airport. He had spent the summer with us, working part-time for a neighbor and getting acquainted with our Ananda friends. Now it was time to go back to Georgia.

My stepson is an enthusiastic, vivacious person. He had a tendency to be high strung but I had never seen him this keyed up—pacing back and forth, unaware that he was talking nonstop. I wondered if his anxiety was a reflection of his regret in leaving.

I sometimes gave him shoulder massages to help him relax, but this day he was too agitated to sit still even for five minutes. His dad quietly said to me, “I don’t know what will happen when he has to sit in the car for an hour and a half.”

Then I remembered what I had been learning about the effects of music. I found a calming recording, put it in the player, and whispered to my husband, “Let’s see if this has any effect.”

The change in my stepson was astounding. Within five or six minutes, he was sitting on the couch chatting with his dad, not relaxed, but with enough anxiety released that he could sit down and be coherent.

After seeing the rapid change in my stepson, I began to use music more consciously in my classroom at the Living Wisdom School at Ananda Village. My first opportunity came one afternoon after lunch recess.

The ten-and eleven-year-olds burst into the classroom agitated. Their faces were red, and they were all talking at once, trying to tell me about a dispute they’d had with a few children from another class.

I said, “We’ll talk about it, but first I want you to get a drink of water, sit down, and keep silent for five minutes while you drink and relax.”

I put on Kriyananda’s album, Secrets of Love. After just a few bars of the music, the atmosphere in the classroom started to change. The students’ agitated movements and expressions relaxed. Tension visibly drained out of them.

Although this was what I had hoped would happen, I was amazed at how quickly they had changed. After five minutes, I turned the music down and asked who would like to talk about the issue.

Only two students, those directly involved, needed to resolve things with me verbally. The calming effect of the music had enabled the others to let go of their negative emotions.

Research on the power of music to affect living organisms has been extensive. Experiments in the 1970s and 1980s showed that plants grew better “listening” to Bach and Indian classical ragas than to rock music, and that cows who heard classical music gave more milk.

Since then, studies have been done on the physiological effects of music on the human body. The concept of entrainment best describes many if not most of these effects.

Christian Huygens, a Dutch mathematician and physicist, coined the term entrainment in 1666, based on his observations of two pendulum clocks. He noticed that when the pendulum clocks were near each other, they adopted the same rhythm, the faster one slowing down and the slower one speeding up.

Subsequent experiments confimed his observations: Any two vibrating bodies, when near each other, will try to synchronize with each other by adopting the same rhythm.

We entrain to the rhythms around us

In his book, The Power of Sound, sound researcher Joshua Leeds discusses the scientific research on entrainment. He concludes that “we entrain to the rhythms around us, be they ocean waves, music, the periodic sounds of machines, or electromagnetic frequency fields.”

According to Leeds, entrainment explains the militaristic effect of martial music on marching armies, why flocks of migrating birds flap and glide in rhythm, and why a husband and wife may begin to share a synchronized heartbeat.

Reviewing the findings, Leeds identifies two basic features of entrainment which suggest that entrainment is essentially a process of magnetism: 1) For one system to entrain with another, the first must have sufficient power and proximity to overcome the second. 2) This first, more powerful system must be at a constant and regular frequency or rhythm.

Entrainment researchers are beginning to confirm the negative effects of certain kinds of music. They are finding, for example, that loud music may cause pneumothorax or lung collapse. Dr. Marc Noppen, a Belgian researcher, investigated two instances of sudden chest pain and lung collapse in people standing near large loudspeakers.

Dr. Noppen and his colleagues theorized that the loud music damaged the lungs by the reverberating bass frequency, felt as a vibration throughout the body. Concluding, they wrote: “The lungs may essentially start to vibrate in the same frequency as the bass, which could cause a lung to rupture.”

Hearing of this research, a 23-year-old man with several episodes of pneumothorax recalled that two of his attacks occurred at heavy metal concerts.

Entrainment research has also identified why non-regular rhythms—traffic noise, for example—jangle our nervous systems. According to Leeds, the brain, in trying to categorize rhythms, looks for regularity.

When the brain can’t find that regularity, it acts “like a hard drive that can’t find a file. It just keeps on searching. This prevents the brain from paying full attention to other sequential functions, such as concentration.”

Music with an overly fast erratic rhythm seems to fit this pattern. Studies conducted by the HeartMath Institute, show that certain kinds of overly fast and erratic tempos can make the heartbeat and breath “incoherent,” that is, lacking in order and efficient functioning.

Music with a steady 60-beat rhythm

The process of entrainment also explains the calming effects of music on both children and adults. When we are calm and focused, our hearts beat from 45 to 70 beats per minute.

Playing music with a steady rhythm of around 60 beats per minute helps slow the heart rate to this pace, and also slows the breathing. As the breath and heart rate become slow and regular, brain waves slow down, calming the mind.

Slow selections of 60 beats per minute music [for example, Gregorian chanting; baroque (Bach, Vivaldi, Handel); and much of Swami Kriyananda’s music] will produce this effect. Trina Gardner, a preschool teacher at the Portland Living Wisdom School, says that when she plays calming music with an even tempo, “even the children who prefer physical activity will work on a project twice as long.”

The ability of baroque and other slow-beat music to enhance learning is well known. Baroque music, perhaps because of its highly structured nature, also increases mental clarity and memory. Recently, researchers have claimed that listening to Mozart increases math and spatial intelligence.

Experiment with music yourself

Because the bias of our culture is toward mental development, scientific interest in the positive effects of music has focused mainly on intellectual progress. Largely overlooked have been the spiritual effects—calmness, inner peace, and the ability to control one’s impulses.

As devotees, by paying attention to how music affects us, we can become our own “researchers.” Experiment with music yourself. See what music helps you focus when you read, relax when feeling tense, or fall asleep more quickly than usual.

But don’t stop there. Listen especially to the music Kriyananda has written for adults and children. You will soon begin to experience the power of music, not only to help you relax after all sorts of minor and major crises, but also to uplift consciousness, yours and your children’s. For as Kriyananda tells us:

Music [is] a universal language. It isn’t just a matter of taste—there’s music that lifts your consciousness and music that debases it. It’s not necessary for music always to be calm or tranquil, but in the end it needs to uplift and take you to a higher state of consciousness.

Susan (Usha) Dermond, Lightbearer and long-time Ananda member, serves as Director of the Portland Living Wisdom School. The above article was excerpted and adapted from her new book, Calm and Compassionate Children, A Handbook. (Ten Speed Press).

About the Author
Avital Miller 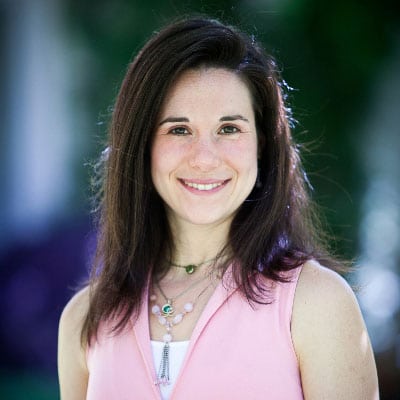