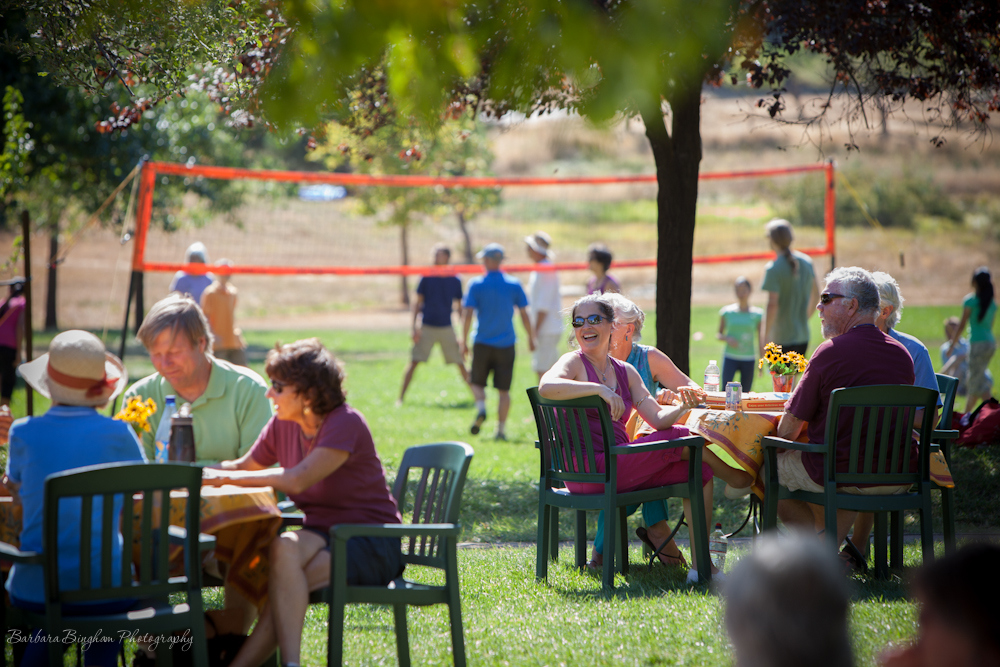 Christ uses the beautiful image of the vine and the branch. He tells his disciples, “Don’t forget where your power comes from. You’re the branch, but the branch is attached to the vine. Without the vine, the branch can’t produce any fruit.”

The branch without the vine is a dead twig lying on the ground. For his disciples, Christ was the vine.

“I don’t want to become a withered twig”

For those of us connected to a spiritual path, the guru is the vine, the source of the power that sustains us. Paramhansa Yogananda’s chief disciple, Rajarsi Janakananda, was a self-made, multi-millionaire businessman who, after a few months of meditating, went into samadhi. Once Yogananda said to him, “Don’t forget where your power comes from.”

And with childlike love, Rajarsi said, “Oh, I won’t, Master. It comes from you.” In other words, “I won’t forget. I’m just a branch. I don’t want to fall off and become a withered twig.”

God leaves the tiniest part to us

When we cut ourselves off from that sustaining source, we’re left with only the power of the ego. But the ego doesn’t have much power. It operates mainly in a small area of human activity involving will power and choice. But what about all the other activities like the beating of the heart, breathing, circulation, digestion? Usually, we think of them only when something goes wrong.

If we would only look at the processes of the body, we would see that there is a power sustaining us that isn’t under our conscious control. God does nearly everything for us, leaving the tiniest part to us.

It reminds me of my granddaughter when she was three or four years old. We’d put all the pieces of a jigsaw puzzle in place, except the last one. She would then turn that one last piece many different ways and finally, with a great sense of accomplishment, put it in place and say, “I’ve done the puzzle!”

We’re like that. God does 999 pieces of the puzzle, and we put the last piece in place and say, “I did it all myself.”

Change the direction of your consciousness

Yogananda used the beautiful image of a gas burner to show that the ego isn’t real in and of itself—it’s just the direction of our consciousness.

Each one of the gas jets seems to be separate, so long as the direction of our consciousness is toward individuality. But if we change the direction back toward the source, we see beneath each of those jets the single source of gas that sustains them all.

As our consciousness expands, we become more and more aware of our connection to the Divine Source. In fact, real spiritual growth begins when we start to look toward the source of our power.

One time six or eight of us were hiking part way up Mount Shasta and after two or three hours, we came to a rest point. One member of our group took his shirt off and stretched out on the ground. I could see that he was consciously drawing sustaining power from the sun.

Yogananda said that if you want to draw energy from the sun, take a sunbath and consciously draw the sun’s energy. If you do that, you’ll draw a hundred times more energy than by just lying there passively.

In whatever we do, if we stop and realize that the energy, intelligence, and will power that we’re using are God’s—we have much more power. Our will power is like a rheostat. As we open up the switch, more and more power flows to us.

The example of Swami Kriyananda

We recently got an email from Swami Kriyananda that is very pertinent to this subject. He’s writing a correspondence course on How to Achieve Material Success through Yoga Principles, and he’s now editing what he’s written.

Here’s lesson two. Last night I couldn’t sleep, so I got up, and planned to go over this lesson one last time. And then, on page two, I came upon a paragraph where the logic took a nosedive. It read beautifully. It just didn’t make sense.

I thought, “Maybe I have to give up. I just don’t see how to resolve this problem.” I then lay on the bed and asked Master, “What should I do?”

How often I’ve been brought to the brink of feeling I simply couldn’t finish what I was writing. I was out of my depth.

Always, and in this case also, within a minute I had the answer. I got up and rewrote that section, adding five pages to the chapter as a whole. Now I have to say I really do like it. There are many ideas here I’ve never expressed before because I’ve never had them before.

That’s been so often how I write.

It’s given to me, and I would never have done this lesson so well if I had said, “Oh heck, it’s good. Why fiddle with it anymore? Everyone who has read it so far has liked it.”

But I have to give it my very best, which has often resulted in something totally new, even to me, suddenly forming itself, with my conscious consent, on the page.

It isn’t the ego that gives Swami the power to write a hundred books or to compose a song while walking to the piano. It’s the huge opening to the source of the power that sustains him. How do we develop that?

An act of love

First of all, we have to recover the connection to deeper, more expansive parts of ourselves by ending the delusion that we’re the doer. God is the Doer.

Second, we need to attune our consciousness to the Guru, Yogananda.  Yogananda represents the vine for us. By attuning to his consciousness, we draw his grace to help us in our quest.

Third, there needs to be devotion. Through the love of our hearts, we open ourselves to that sustaining power. It then comes in and changes our consciousness.

Finally, we need to meditate deeply. By calming the mind and meditating deeply, we begin to perceive that sustaining power functioning within us as the sound of AUM, or as light.

We concentrate not only on contacting that power but also on offering ourselves into it. It’s like the branch offering its energy back to the source that sustains it.

As we do that deeply enough, we realize that there is no “I and Thou.” There is only the one Source. Through the act of love, with us offering ourselves back into that sustaining Source, that deep connection is reestablished.