I came to Ananda Village in May this year. Having been here for almost five months now, I can add my testimony to many others in stating, “There is no place like Ananda!” No wonder Swami Kriyananda used to say, ”Ananda is perhaps the best kept secret in the world.”

Paramhansa Yogananda’s book, Autobiography of a Yogi, has been able to convey his profound vibrations to millions of spiritual seekers around the world. I feel that the same underlying vibration can also be experienced in the place that is Ananda World Brotherhood Village.

Before coming here I was struggling with some challenges and recurring patterns in my life but couldn’t clearly pin down the root of my problem. After coming here, it became clear to me what it was that I needed to work on: Willingness and a YES-saying attitude to life. Swami Kriyananda describes unwillingness as a “satanic” force and explains that subconscious reluctance can defeat a person’s most strenuous effort — even as pushing on both ends of a car will thwart every effort to remove it from a ditch.

So I decided that in the coming months at Ananda Village I would try to do everything with willingness, so that I could free my consciousness from the tentacles of half-heartedness, passivity, negativity, moodiness and no-saying tendencies.

I am sharing here a few episodes where unwillingness was my first reaction to a situation, how I somehow managed to rise above it and how in that overcoming, answers, solutions and unmistakable guidance came!

I want to add that the guidance came from my Guru, Paramhansa Yogananda, with whom I always try to have a mental conversation. With my resolve to practice willingness consciously, I opened the channel through which my Guru could reach me more directly.

One morning, one of my mentors in the Karma Yoga Program at the Expanding Light pointed out to me something I had neglected to do that would have helped me.

My instinctual response was a negative one and I continued to feel bad about this for about half an hour. Finally, I remembered my resolution to be more positive and so tried to rein in my negative mental citizens. I realized that this person had been right in their suggestion and were in fact trying to help me. I mentally shared this with Master.

Chapter Closed? Not quite! An hour later, all the Karma Yogis gathered to begin our chores for the day with a reading from Living Wisely, Living Well by Swami Kriyananda. The reading that morning happened to start with these words: “When an elder or a superior takes you to task, listen impersonally, but never tell yourself…” The reading continued to tell me what I needed to hear. Master sometimes likes to drive home the point!

Another day found me fighting the resistance to go for my evening sadhana — i.e energization exercises and meditation practice. The Unwillingness Monster was at play!

As I tried to overcome this, I mentally asked my Guru what to do? Inwardly of course I knew the answer. I just needed to do my sadhana! (The ego, however, was hoping to get an inward sanction not to meditate that day!)

So I picked up Yogananda’s book, Whispers from Eternity, and in an attitude of receptivity asked to be guided to what I needed to hear. I opened a page randomly and found there three readings in the following sequence:

How much more obvious can guidance be? I was clearly being told: Practice your energization exercises, curb the restless mind and meditate!

One day, during the middle of some chores, I again noticed an unwelcome visitor starting to take over my consciousness: Unwillingness and mental resistance that diminished my ability to feel joy in what I was doing. Mustering up a little energy, I fought back to affirm willingness. I took a piece of paper and wrote on it in bold letters: I CAN! I WILL!

For the next few days I kept affirming that several times a day. A few days later someone requested me to digitize a talk given by Swami Kriyananda in the 1980’s, which they needed. Still partially under the grip of unwillingness, I half-heartedly managed to say yes and make my way to the recording studio. I put on the headphones and played the tape. Swami Kriyananda began the talk with the words, “Learn to say I CAN in your life…!”

As I sat there stunned listening to him, he continued to speak, one after another, about the very things that I was currently working on in myself. I was immeasurably uplifted by that talk and continue to hear it several times a day as a constant reminder.

Here is a 5-minute excerpt from that talk:

Recently, I had a strong thought that I wanted to listen to Swami Kriyananda teaching the Hong-Sau Technique of Concentration. I know this technique, have read it in books and also practice it. But I really wanted to listen to him teaching it. So I made a mental note to ask a certain person about this who might be able to find something.

A few days later, this same person asked me if I would help them out with a project (by then I’d forgotten about my request). My schedule was relatively packed that week but my help would be needed only for a little while. I could have easily made time and I did but there was some lingering unwillingness at the back of my mind as I made my over to the studio.

As I was finishing up this task and this person was about to leave, they said to me, “Lets connect once before you leave for India. I’d like to give you a few things to take back.” And then all of a sudden they said, “Oh by the way, there is something else I want to give you. I just found a talk of Swami Kriyananda guiding a practice of the Hong-Sau Technique from many years ago. I’ll send you the link for it. You might find it helpful!”

In retrospect, I realize that the outcome of all of the above situations would have been very different if I had given into unwillingness and made a different choice. When we give into that consciousness of saying No (I can’t, I won’t), of choosing to be less aware in response to life’s challenges, of withdrawing into our ego for self-protection, of desiring to escape it all, then we are in effect exercising the death wish and closing the channels for higher guidance.

Paramhansa Yogananda used to say, “The greater the will, the greater the flow of energy.” Willingness is the key that opens the door for divine grace to come in. Yoganandaji once said to a disciple, “If you shut me out, how can I come in?” If we shut out the Guru with our resistance, unwillingness, likes and dislikes, then he is not able to help us much.

Swami Kriyananda wrote a simple yet profound affirmation for willingness that is worth practicing throughout the day:

“I welcome everything that comes to me as an opportunity for further growth.”

(Emphasis on “everything” is mine.)

About the Author
Gaurav 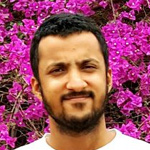