Many of you may know that we are in the midst of creating the Cities of Light film here at Ananda, and of the honor I’ve had of being a part of the whole process. What you may not know is how transformational it has been for me, personally.

You can read about my first 5 days in my blogs on the sidebar to the right, and a summary of the first week and the experiences of the second and third weeks on the movie website itself.

My life has changed forever from this process.

For the first few days my self-consciuosness got in the way, making it difficult to make the simplest of sentences sound natural. Something inside me was not free to express itself – I was trying too hard.

Well aware of my deficiency, I noticed how natural Narayani was in her description of her life with Swami, and how she expressed herself with an openness that is disarmingly genuine, sweet, and sincere. It was inspiring. 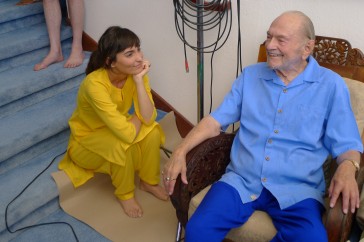 Why couldn’t I share who I am with that degree of openness? Furthermore, who is this David Eby guy, really? I’ve struggled in this lifetime to be comfortable in expressing who I am in any social context outside of Ananda. Am I really ready to let my own bundle of self definitions be portrayed on screen? Or should I try to be more impersonal in my quest to expand beyond my own little boundaries? Asha, bless her soul, came to my rescue, “David, this personality of ‘Asha’ is something that I have fun watching, but it isn’t really me!” My mind began to open further, with great questions like this to ponder.

Back on the set, I was thankful to have the opportunity before each take to silently chant AUM at each chakra. This, I believe, is very beneficial in bringing higher consciousness into your whole presence, and especially into your voice. It enables you to resonate with and project from the highest energy on all levels. This simple technique was a life saver for me scene after scene, and it has become a habit that has remained with me since.

And then the crucial moment came: we were to film one of the final scenes, where Juliet and I say farewell at the airport. The night before I was very concerned about what kind of energy to give the scene. I knew that I couldn’t get too personal, for too much affection would certainly come across the wrong way (I play my married-self in the film!), but being cold and impersonal wouldn’t fly either.

Finally, in meditation it came to me that I simply needed to channel Ananda, and all that we have to share. Just with that thought, I was flooded with all of the energy, love, and power of the ray that Paramhansa Yogananda has brought through Swami Kriyananda. I was suddenly so much bigger than my own identity, and blissfully forgot myself in this presence of the Divine. 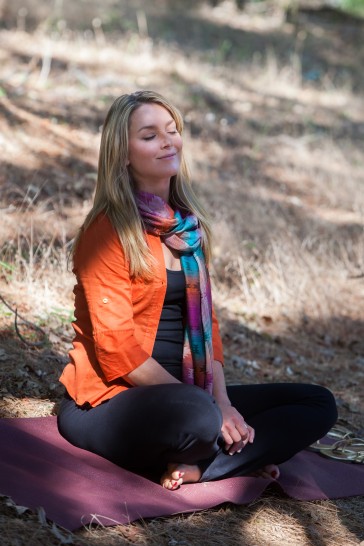 Elisabeth Rohm speaks about this presence very eloquently in her interview, and how this film, having captured her own spiritual opening, has the great potential to awaken in the audience their own slumbering love for God. For it isn’t merely about Ananda as a unique place – the film will be a dynamic, magnetic testament to the power of consciously tuning into God’s presence in all that we do.

Ananda is something so much more than just the land, communities, people, music, and books: it is, for me, a dynamic positive magnetism that lifts me out of the mud of small worries and little concerns of daily life. It draws me closer and closer to the realization that God is within reach, just waiting to be drawn upon. When I choose to “live from above,” Ananda, like a divine amplifier, expands my aspirations and fills my being, leaving me in simple awe of the highest potential for this lifetime. 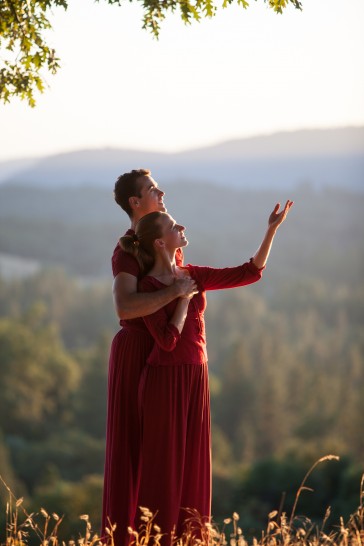