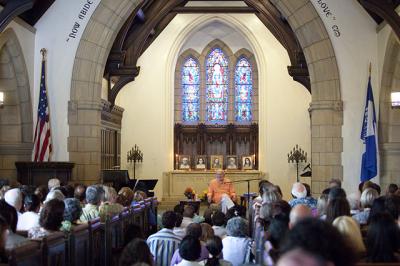 I used a thesaurus tonight to try to come up with some new words I could use to describe the Ananda LA event held at Church of the Recessional at Forest Lawn in Glendale, California. I would normally use the words wonderful, or beautiful or amazing—all of which would be fitting. The thesaurus suggested words like fantastic or awesome and even out of this world, but sublime is the one that seemed to be the best. The setting, the music, the talk given by Swami Kriyananda was sublime. I have several photos to share with you at the end of this post.

I completely enjoyed the architecture and the lighting, the choir in their jeweltoned outfits looked dramatic underneath the soaring arch of the church. Visually Swamiji looked small when compared to the large space and the hundreds of people in the audience but gave a talk that was very powerful and insightful.

He began by singing Love is a Magician in a voice that was clear and strong. He then sat a read chapter 38, from The New Path relating Yognananda’s final days. I am sure I was not the only one that cried. This talk is already on ananda.org. I am sure you will love it. The talk itself is divided into two parts: the talk and then a question answer session that was almost an hour long.

At the end out in the court yard he blessed individually the long line of people wanting to meet or greet him. It was a sweet ending to a special weekend.

Dave and I had to rush back to where we were staying so we could pack up and head to the airport for our flight home. I was very sad to leave. But, today I received a very special gift from Divine Mother. For a long time I have had a desire for my mother to meet Swami Kriyananda. She is not on this path but seems to always enjoy hearing about what I do and what is going on at Ananda and with Swamiji. Today we went on an outing that included lunch at the Roseville Whole Foods Store. As we sat outside in the warm son Devi came up to touch my shoulder and there with her was Jyotish and Lila AND Swamiji. They were on their return trip from Los Angeles! I was able to introduce my mom to everyone. She and Swamiji shook hands and were able talk for just a bit. I was SO touched and mom was very pleased.

Well. I will end this post here. Many, many, many blessings to you all. With love, Barbara 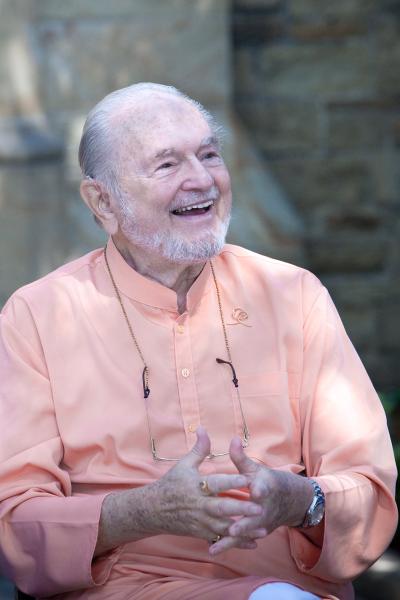 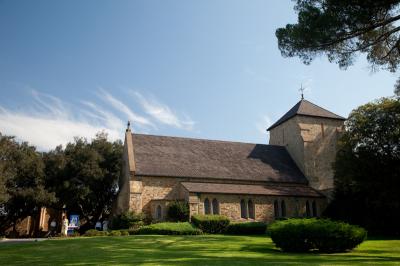 The Church of the Recessional at Forest Lawn in Glendale 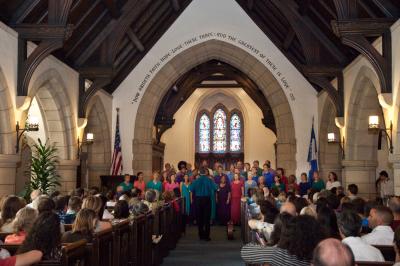 The choir looked and sounded wonderful in the main chapel. 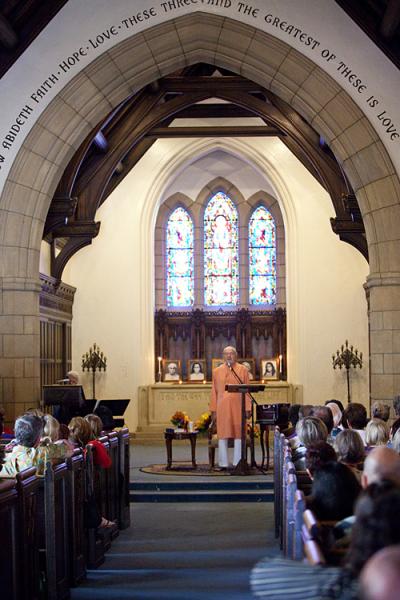 Swamiji began with a song: Love is a Magician 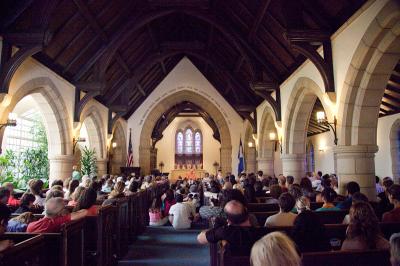 Swamiji read the chapter from The New Path about Master’s mahasamadhi. 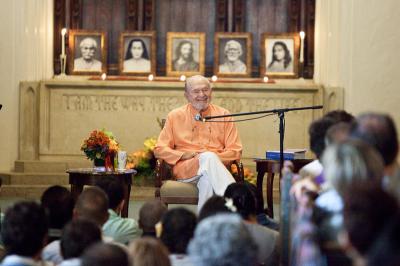 Swamiji spoke for nearly an hour 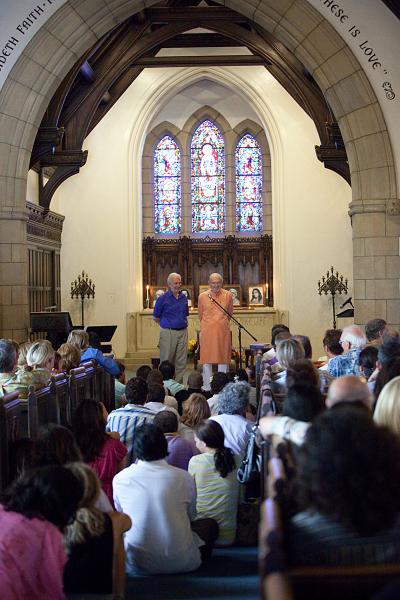 A long line of devotees formed outside the chapel. 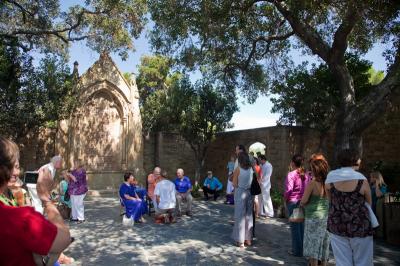 Swamiji spent at least an hour greeting everyone. 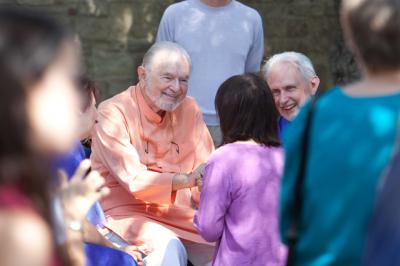 Swamiji radiated love to everyone.