Paramhansa Yogananda referred to his teachings as trees of Self-realization. When they are watered with daily meditation, they grow strong and sturdy. Through this daily practice they can withstand the challenges of this world and yield fruits of wisdom and divine realization.

To grow the tree of life and Self-realization, one needs to meditate daily and live a moral and spiritual life. Gradually the tree will yield the fruits of divine bliss and bring complete spiritual liberation from human desires and reincarnations. 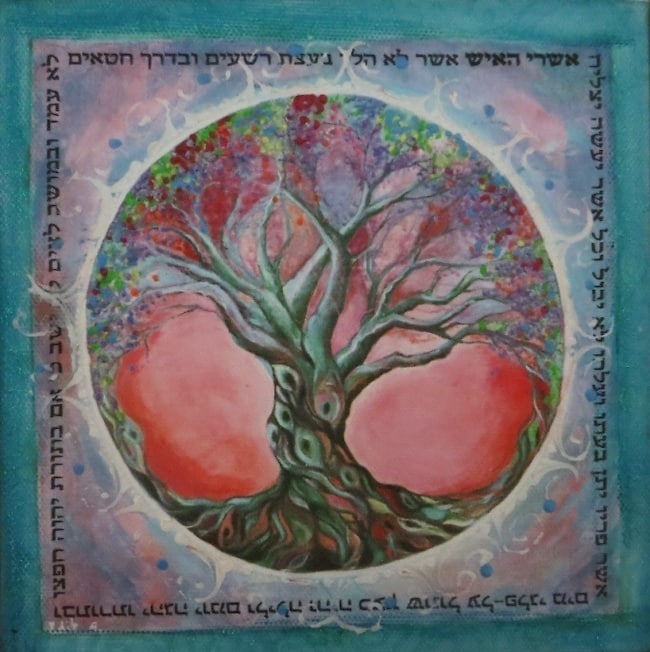 In the Book of Genesis we read:

And the Lord God planted a garden eastward in Eden…. And the tree of life also in the midst of the garden and the tree of knowledge of good and evil. (Genesis 2: 8-9).

This garden is a metaphor describing the spiritual energy that exists in the Self of every human being! The story of Adam and Eve is allegorical. It describes how the first human beings dissipated their spiritual energy, centered in the spine. The spine is the channel through which flows the river of baptism and of spiritual life.

The Tree of Life is the spine. Its roots are above in the brain’s energy. Its branches are the outward-spreading nervous system.

Experiencing the Inner Battle Between Darkness and Light

During the International Kriyaban week at Ananda Village in 2018, the Kriya ceremony was held at the end of the week. In the early afternoon, after the inspiring talks of the morning, I decided to read from the Autobiography of a Yogi before attending the Kriya ceremony. I began to feel that my physical body was becoming weak as I was reading.

At first, I dismissed it thinking it would go away but it did not.

Gradually I became aware of a strong downward force that was pulling my energy downward and outward through my spine. I became alarmed as I became weaker and weaker and the fear of death took over me. 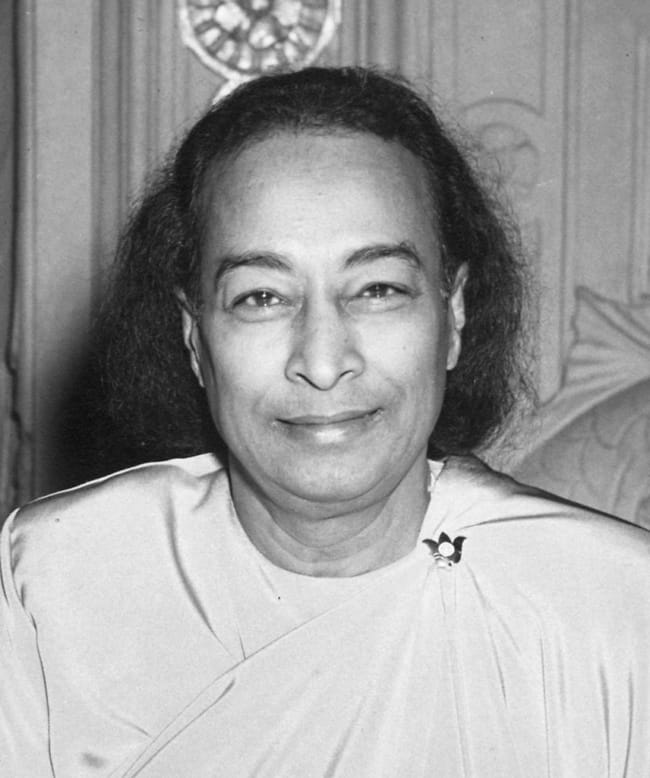 I rushed and got a framed photo of  Yogananda’s last smile. I sat down and placed it before me.

I gazed at the photo and with all the willpower and energy I could muster, I inwardly prayed: Master, what shall I do?

Immediately, I heard an inner voice saying: Identify with the light.

Instinctively I gazed at Yogananda’s photo and concentrated deeply on his eyes. He is my light. I offered myself fully with deep faith, while mentally repeating, Aum Guru.

As I continued to be fixed on Yogananda’s eyes, I gradually became absorbed in his consciousness and no longer could repeat, Aum Guru.

Time stood still. I became oblivious to this world and my only reality was Yogananda’s Eyes. After what seemed like an eternity, a powerful upward force in my spine caused me to stand up. I knew that the battle was over. The force of Light had won.

I checked the clock. I had been deeply focused on Master for 20 minutes. It was time to get ready to go to the Kriya ceremony. During the ceremony, the minister read a story from the book The Life of Yogananda, by Philip Goldberg. It had just been published.

The story the minister read took place during the Ghoshes’ brief stay in Chittagong when Mukunda was a mischievous 13-year-old with a rebellious streak.

On one occasion he did something forbidden. He dragged Sananda along for a ride and the boys stopped on the way home to pick litchis from a grove of trees. In the gathering dusk, they heard a voice call out Mukunda’s name.

A smiling man in white garments beckoned to them. They walked toward him and as they drew closer, his form seemed lustrous. Mukunda bent low and touched the man’s feet in the Indian gesture of deepest respect. In turn, the man embraced the youngster, kissed him on the head, and said, “You have come on earth as God’s representative to fulfill His wishes. Your body is His temple, sanctified by prayer and meditation. Do not run after material pleasures or satisfaction. You will show the way that leads to true happiness, and by your spiritual knowledge you will deliver those who are suffering in ignorance.”

He advised Mukunda to always think of God and always remember his inseparable oneness with the Divine. And he promised Mukunda would always be protected: “One day your ideals of Yoga will inspire all mankind. Mukunda, march onward!” 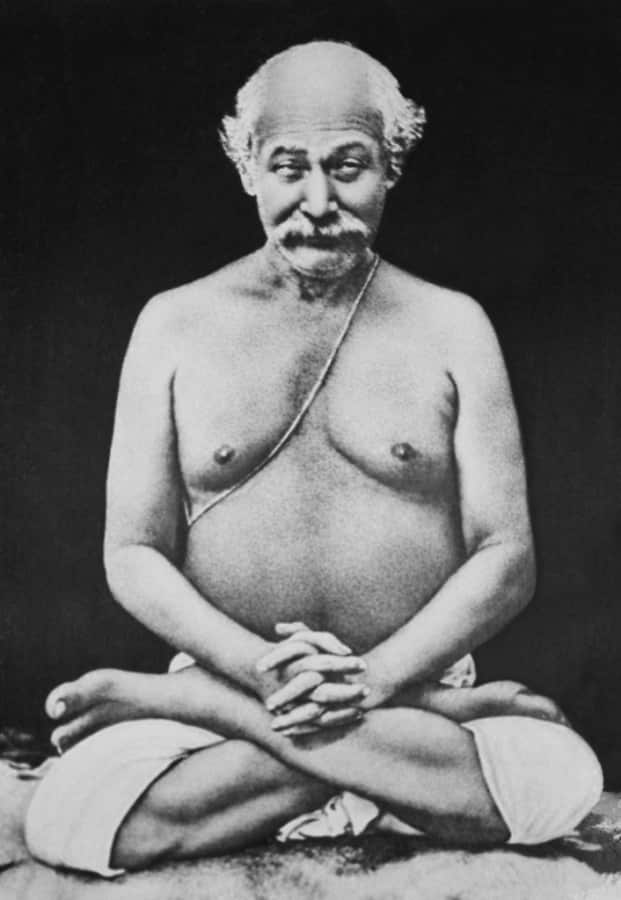 When the awestruck boys arrived home, their curfew violation having gone undetected, Mukunda showed his brother a photograph hanging on a wall.

It was a portrait of the man they had just met. It was their parents’ guru, Lahiri Mahasaya.

The story was a confirmation of the power of the guru to help his disciples.

Swami Kriyananda emphasized: “Try to live always in the awareness of your spine. If you don’t want to be swept helplessly down life’s stream, never act only from peripheral awareness. The more balanced you are inwardly, the more likely you will be to make wise judgments regarding every problem and crisis that arises in your life. Inner poise will enable you to listen with an open heart to inner guidance.”

A meditative attitude with or without formal meditation is essential. When you are centered in yourself, try to uplift the energy in your spine. Whatever you may be doing, when you have a free moment concentrate briefly at the point between the eyebrows.

Here is a simple technique to magnetize the center of higher consciousness at the point between the eyebrows, by Swami Kriyananda.

If you would like to go more deeply into the subtle aspects of the Yoga teachings, Nayaswami Gyandev and I invite you to join our upcoming online course Living the Yoga Sutras that is offered October 6 – November 17, 2021.