I was really ready to go on seclusion. I’d been looking forward to it for ages. I had my days all planned out: plenty of meditation, extra energization exercises, starting a yoga habit again, spiritual reading, the works. I did that on my seclusion last year, and loved it. So when I arrived at the Ananda Meditation Retreat a week and a half ago, I just hit the ground running. Or so I thought. 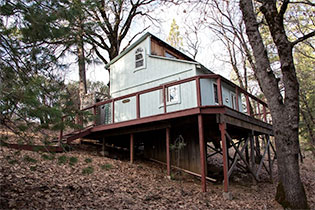 This is the cabin I stayed in during my seclusion.

I stepped right into my routine on day 1. It feels so easy to arrive at the Retreat and just leave everything else behind. That’s part of the blessing of having meditating devotees on that land for over four decades. But after a few days, I found myself feeling more and more confused. I was doing everything right, but I wasn’t feeling right. And I kept spiraling down into an ever-deepening malaise with no clear cause.

Lesson #1: “It takes money to make money” applies metaphysically. By Wednesday, the exact middle of the trip, I was in such a funk that I spent most of the afternoon just slumping around going “blahhhhh.” I realized I had to do something, but couldn’t think what, since I felt like I was already doing everything I should, or at least could. But if I wasn’t feeling right, I had to somehow fix my mood first. As Swami Kriyananda says, if we want to feel joy in meditation, we should meditate with as much joy as we can muster right from the start. My problem was that what I could muster wasn’t cutting it. 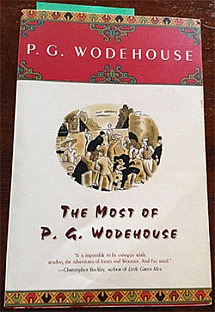 This brings me to Unofficial Lesson #1.5: Never leave home without a book of P.G. Wodehouse stories. Luckily, I keep a well-stocked ereader to aid in all manner of book-related emergencies. But I still struggled with it for a bit. I had specifically wanted to focus on reading spiritual books during my seclusion. But I finally reminded myself that (1) Swamiji also enjoyed Wodehouse, (2) I was coming up with no other options, and (3) if God wanted me to spend my seclusion reading Jeeves and Wooster stories instead of, say, the Bhagavad Gita, then so be it. They were hilarious.

My overall mood started improving from that moment, and my meditations stated getting better that evening. I also cut back on the number of kriyas I was trying to do, skipped a couple rounds of yoga, and just generally relaxed a bit more.

Lesson #2: The attitude of nishkam karma applies even to seclusions. We do our best at all times, but leave the results to God. If I hand over 9 days of my life as a free gift to Him, they are now His to do with as He pleases. As soon as I lightened up about what I thought was supposed to be happening, things started getting better.

This was rubbed in just a bit more a couple days later. The day after my Wodehouse-assisted mood change, water from the hot water taps in my cabin started coming out all brown and icky. I ran lots of water all day to flush it out, with no result. Only the one cold water tap in the kitchen was crystal clear (turns out it’s on a different filter).

I didn’t particularly want to go find someone to notify about this, because it was a seclusion after all, and I was really perfectly happy being alone for a week, not talking to anyone, and I didn’t want to break the thread. I figured I’d just deal with having only cold water for two more days until I left. But the next morning I found myself feeling more and more uncomfortable about it, until I realized something just had to be done. So I flung up my hands, called “nishkam karma” on the whole seclusion again, and went to the office to give them a friendly alert about it. By the time I’d walked back to the cabin, Brannon had already gotten there in his truck and was running the tap saying “it just does this sometimes and goes away if you flush it out enough. Look, it’s clear again already.” And it was.

That was just one of those moments I had to laugh and tell God, “okay, I got the joke.”

Lesson #3: Asking for guidance. While all this was going on, there was a parallel story playing itself out. I like to hike up the Bald Mountain trail in the morning, sit on a rock to eat my breakfast, and get back before the day gets too hot. The first morning there, I went and tried to find my favorite breakfast spot from last year. It had been slightly non-obvious to find, but not that bad, since there’s only so much of the mountain that’s actually accessible, not totally overgrown. But that day I just couldn’t find it for the life of me. So I went down another nice trail and had breakfast there. But it still struck me as very unusual, and very much as though I’d been somehow kept from where I’d wanted to go.

So I made a new habit, which was that every morning, when I reached the first fork in the trail, I’d stop and ask God which way to go. I should really do this more in general, in all contexts, so it was fun just to have a clear practice point. If I didn’t feel any actual guidance to turn right and look for the old spot again, I’d just go off to the left, to my new spot. 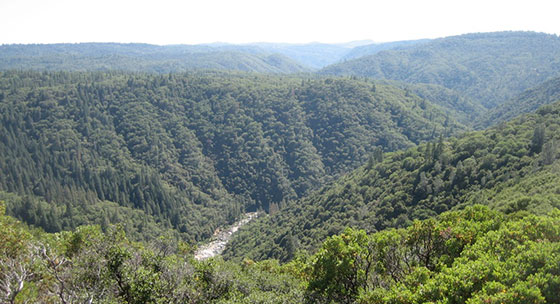 The view from the top of Bald Mountain.

It was the day after my mood change that I just knew it was okay now to turn right. And I did, and I found the place I was looking for. I would say “right where I left it,” except that it wasn’t. I had actually written down how to get to it last year, and when I went back and checked what I’d quite clearly written, it was quite clearly wrong.

And I realized that this little theme ties in with all the rest of it. I had jumped into the whole trip with my own plan, which I just assumed was good because, well, it sure seemed good. But what do I know? I never actually stopped to ask God what should actually be happening. Until I came about it all the long way around.

For those of you who read this all the way to the end, your reward is my favorite passage from that first Jeeves story I read:

“Sir?” said Jeeves, kind of manifesting himself. One of the rummy things about Jeeves is that, unless you watch like a hawk, you very seldom see him come into a room. He’s like one of those weird chappies in India who dissolve themselves into thin air and nip through space in a sort of disembodied way and assemble the parts again just where they want them. I’ve got a cousin who’s what they call a Theosophist, and he says he’s often nearly worked the thing himself, but couldn’t quite bring it off, probably owing to having fed in his boyhood on the flesh of animals slain in anger and pie.

About the Author
Brahmachari Tandava