The Death of William the Conqueror

In late summer 1087, William the Conqueror, king of England and duke of Normandy, lay dying. Tension hung in the air.

The fate of the Anglo-Norman kingdom was now to be decided. Fatally injured by his stumbling horse, and in great pain from an internal hemorrhage, William was nevertheless completely clear in his mind. He  brought all his formidable will power to bear on the question of who would succeed him.

Which son would succeed William?

Twenty-one years had passed since the conquest of England. Even in his extremis, William was surrounded by some of his inner circle: barons and bishops. Each knew that his own future depended on William’s decision in the matter of succession.

Much of the tension in the room was due to the fact that Robert, nicknamed “Curthose,” the Conqueror’s oldest son and previously designated heir, now 33 years old, was in active rebellion against his father. Even now, Curthose and his sycophantic followers were conducting raids on Normandy’s borders, urged on by William’s nemesis, Philip I, King of France.

A very strong Norman tradition, however, held that the lands a ruler inherited from his father should pass intact to his oldest son. On the other hand, anything that a man had gained on his own, through conquest in his lifetime, could be disposed of as he wished.

It took no great insight, however, to know absolutely that Robert Curthose lacked the character to lead others and govern wisely. It must have been a grave disappointment to William, for clearly it had been his intention, at first, to confer on this son both England and Normandy, and he had taken pains to train him in government and in diplomacy.

Repeatedly, however, he had seen Robert’s crippling limitations. He had forgiven the young man’s first open rebellion. Most damning of all was the fact that Robert now, through his alliance with Philip I of France, had been stupid and selfish enough to risk the sovereignty of the Anglo-Norman kingdom itself.

William the Conqueror, as death approached, determined that Robert Curthose should have no part in ruling either Normandy or England. He perceived these two lands not as separate entities, but as one kingdom, united under a single ruler.

Now, however, William’s inner circle and close companions bore down on their dying lord with counter-arguments regarding the succession. There was Norman tradition to be considered: Robert was the oldest son and so should at least, by right, have Normandy.

Many argued also that they had taken oaths of fealty to Curthose as his father’s successor, at King William’s behest. If Robert were not given some part of the kingdom, then he would be in a strong and easily justified position to attempt to take it by force. Many would feel the righteousness of his claim, certainly to Normandy.

It was surely difficult for any of these men fully to comprehend the Conqueror’s deepest reason for refusing to name Curthose his successor: that this son did not understand or share his father’s vision for the future of the kingdom he had created.

Curthose was ruled by sentiment and self-interest. His father, however, acted to manifest a vast vision for the crucial role that England, in particular, would play in the ongoing future, even up to our own times.

A wise and ever-practical leader
The king also knew the hearts of those who were now urging him to reconsider his decision to disinherit Robert Curthose. It was clear to the dying William that these powerful men were determined to support his oldest son; quite probably they would do so regardless of whom he named now as his successor.

Such was the reality of the situation, and this wise, ever-practical leader made the best decision possible under the circumstances. In great pain, and (as one contemporary chronicler expressed it) “worn out by their importunities,” William the Conqueror reluctantly agreed to name Robert Curthose as his successor to the duchy of Normandy.

The oldest son, however, was to have only Normandy. The crown of England was, William decreed, to go to his second oldest son, William “Rufus” (the “red”), who was now present in the room.

Those present greeted in silence King William’s decision to name William Rufus as his heir to the throne of England. Though they had urged the reinstatement of Curthose as William’s heir, they must have been shocked to realize that William was actually willing to split the Anglo-Norman kingdom, rather than put all of it under Robert’s control.

With war between the two sons inevitable, did the Conqueror have some more long-range plan for resolving this issue?

As if in answer to this extreme dilemma, King William summoned to his bedside the youngest of his three living sons, Henry, who was then eighteen years old, and whom William had only recently knighted. Like Rufus, Henry had been at his father’s side at the siege of Mantes where William had been fatally injured.

The young man now knelt by his father’s bed. “To you, Henry, I bequeath the great treasure of 5,000 silver coins,” the Conqueror said, smiling warmly on his youngest son, whose qualities and intelligence he had “lost no opportunity to encourage,” as chronicler William of Malmesbury put it.

No one spoke; all were waiting for Henry to say something. “Father, what shall I do with this money, if I have no land on which to spend it?” Henry’s voice was steady as he presented this reasonable question.

In feudal Europe, even a significant fortune was no guarantee of ever having true wealth and power, for these came with land. Land alone, in those days, was true wealth.

The silence continued. Everyone strained to hear the king’s reply. Only a few, however, could hear William’s words:

“Be patient, my son. For in time you shall have all that your brothers now have, and shall be greater than they.” The father placed his hand in final benediction on Henry’s bowed head. His words proved no empty prophecy, for years later they were fulfilled to the letter.

Our exploration of all the ramifications of Paramhansa Yogananda’s statement that, in a previous lifetime, he had been William the Conqueror, has brought us to the final and all-absorbing question: “Why?”

Why would a soul, who has won freedom from any need to reincarnate at all, elect to return to earth as a warrior king?

What was at stake in 12th century Europe, and in England in particular, that caused a Self-realized master to don once again the heavy cloak of a physical body — this time, as William the Conqueror?

Setting a new course for the Western world

Nearly every historian would agree that, on that autumn day at Hastings in 1066, a completely new course was set for England. To gain a truer perspective, we need to compare England on the eve of the Battle of Hastings to what England had become by 1135, the year of King Henry’s death.

Within that relatively short span of nearly seventy years, William the Conqueror and King Henry I not only changed England, but set a new course for the whole Western world.

Prior to 1066, England had become overwhelmingly Scandinavian. This Nordic influence represented a major departure from the purer stream of Roman Christianity. Nordic Christianity was heavily mixed with paganism, and paid little attention to the clearest fountain of Christianity in existence at those times: the Roman.

Had the Norman Conquest not brought England into a new relationship with the church in Rome, and thereby reconfigured alliances throughout Europe, the Roman papacy would have been isolated. The purest stream then extant for the religion of Jesus Christ, and for the recovery of classical knowledge, would have shrunk to a trickle.

A harmoniously integrated new culture
Much — in fact, very much — hinged upon England’s orientation. Though she was tucked off in a corner where one might not have thought her influence crucial to the development of Europe, she had the advantage of being a separate island, close enough to Europe to have strong ties with it, yet removed enough to enable the development of a new spirit.

The world at that time was emerging from the depths of a dark age. Literacy was on the rise. It was safer to travel. People were seeking a better way of living, as may be seen in the numerous monasteries that began to appear. The development of a harmoniously integrated new culture could be accomplished, perhaps, only in this island setting.

One can infer from the Gospels that Jesus Christ, in launching a new expression of devotion to God, had urged people to form little Christian communities. England may be said to have presented a similar opportunity: a separate body of land, open to new development in social, intellectual, and spiritual ways.

Paramhansa Yogananda also, in sermon after sermon, urged his listeners to create separate, self-sustaining communities where a new consciousness, and a new way of life, could be developed. Though he was not able to bring this idea to fruition during his lifetime, his disciple Swami Kriyananda has succeeded in doing so.

David Douglas, in his great biography of the Conqueror, stated: “No aspect of the career of William the Conqueror is of more interest — or of more importance — than the part he played in the history of the western Church between 1066 and 1087.”

Some of the most forceful personalities ever to occupy the throne of Saint Peter, beginning with Pope Gregory the Great, served as popes during the reigns of William and Henry. William supported Gregorian church reform in ways that strengthened the church spiritually and also the spiritual life of individuals.

However, he steadfastly resisted those aspects of the reform which called for the increased power of the church in secular matters. William was also adamant that all matters pertaining to the church within the Anglo-Norman kingdom would be decided internally by those churchmen closest to the situation.

Paramhansa Yogananda did the same with the worldwide organization he founded: Self-Realization Fellowship. As much as possible, Yogananda tried to manifest on the material plane the ancient dictum: “God is center everywhere; circumference, nowhere.”

He named his organization itself after that principle: Self-realization. This term would in time, he said, become accepted as embodying the underlying truth of all religions.

Time has brought a greater unfoldment of awareness, but already in the 11th century William not only wanted to bring England under the wholesome influence of Roman Christianity, which more truly reflected the spirit of Christ, he also wanted England to develop its own integrity so that the religious spirit would flower from within the individual.

King Henry’s intentions were precisely the same in every detail as those of his father.

In this book it is our thesis that the Conqueror’s vision anticipated the role that England, specifically, would play in bridging East and West, uniting the strengths of each to bring mankind to the present time when the general level of consciousness on our planet is rising toward greater unity and also greater subtlety and refinement: an age of energy which promises greatness for the future. 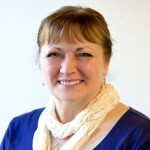