From a yogic point of view, every kind of success is a good thing, for the qualities that bring material success bring also divine enlightenment. Qualities that produce material failure, on the other hand, produce also spiritual failure.

Lofty teachings need to be externalized in daily life, and not taken inside only, in meditation. This need for balance is important especially in modern life.

The ego is the greatest stumbling block to true success. If ego is over-emphasized, it becomes a vortex which draws all energy into one’s self, suffocating at last one’s power to accomplish anything worthwhile.

Expanding sympathy helps the ego to be aware of its subtle identity with other people and with the universe. One’s own happiness, in consequence, expands exponentially. People who think expansively are more likely to succeed in every way, even materially.

On the other hand, people who think, “What’s in it for me?” often blunder in matters both trifling and important. Tunnel vision prevents them from being aware of opportunity even when it stands like a visitor on their doorstep, ringing the doorbell. An expansive outlook opens the mind to many possible alternatives.

Sri Yukteswar (Paramhansa Yoganananda’s guru) said that karmic law, though it functions to a great extent automatically, is also guided by a universal intelligence, and love, and can also be intelligently manipulated or diverted.

Karma can be mitigated, or lessened, but if one wants really to change it and to nullify its harmful effects, there is a simple principle to remember: The more energy and will power you put into changing that karma, the sooner and the more completely you’ll be able to wipe the slate clean.

The effects of bad karma can be changed by removing the subconscious blocks of uncertainty and doubt, placed there by inner conflicts as to what you really want in life, and what you really were. Once your energy is turned and directed one-pointedly toward that which you want to do, you can release great energy within yourself for constructive action.

Karmic blocks to success may for a time prevent what you want from coming to you, but they cannot stop it forever. “If at first you don’t succeed” — surely you’ve heard this advice — “try and try again.“ Success depends on your force of will. Use that will, directing the flow of energy toward whatever you want to attract.

Genius and exceptional ability of any kind never move along well-worn tracks. I am not teaching you how to be a genius, but I do urge you not to trudge along deeply rutted tracks, either.

If you want to be really successful in any field, never let your first question be, ”What has been done already in this field?“ Ask, rather, ”What are the greatest present needs in this field?“ Outstanding people live not in the past, but in the present tense.

Intellectual knowledge is based on past discoveries. Because such knowledge inclines people to look backward in time, it doesn’t often invite present inspiration. Passive dependence on knowledge is both limited and self-limiting.

Notable success demands an inward gaze. It comes not by drawing on other people’s insights and discoveries, but by raising up from within oneself insights that are uniquely one’s own.

In attuning yourself to any subject, focus your gaze and attention in the forehead at a point midway between the eyebrows. Behind this point, in the frontal lobe of the brain, is centered your own latent superconsciousness.

You have another center, equally important for the development of intuition. It is in your heart — or, rather, in what yogis call the anahat chakra, which is located in the spine just behind the physical heart.

To be inspired in any desired subject, form a clear concept, first, of what you want. Focus that concept at the point between the eyebrows; then, mentally and with love (this feeling is important), demand that the inspiration be given to you.

Concentrate, then, at the point between the eyebrows. Next, try to sense in your heart — to “listen” there, as it were, for the response. When it comes, it is in the heart that you will feel it.

My own experience in life has convinced me that right attitude is actually even more important than good karma. For although good karma can ensure success, no one, generally speaking, can say whether, when, or for how long that good karma will last.

People whose outlook on life is, by contrast, basically negative can actually attract failure! The stronger a person’s attitude, whether positive or negative, the stronger the magnetic field of energy it generates, drawing good or bad fortune to oneself.

A positive attitude demands energy, but it also uplifts the energy. Yoga practice shows how to uplift it, and how to raise your consciousness upward, thereby raising your whole awareness to superconsciousness.

Here is the best way to develop attitudes that will ensure success of every kind: Breathe deeply, keeping your posture erect, and send out thoughts of kindness and good will. Bring the energy upward in the spine by these attitudes. Try to focus that energy in the spiritual eye between the eyebrows.

When you exhale, feel the energy going down to the base of the spine, preparing itself so that, when you inhale again, you will raise the energy with ever-greater intensity toward the brain.

It is important in life to develop positive attitudes, and to exclude negativity as much as possible from your thoughts. Make it a point to expect to succeed, and to expect the best from life and from other people. Never allow fear of failure to weaken your will, even if failure looms over you as a possible reality. Remember, for the soul, failure is impossible.

How to Avoid Spiritual Overconfidence

How to Measure Your Spiritual Progress

Recharge Your Spiritual Batteries: How to Take a Personal Retreat 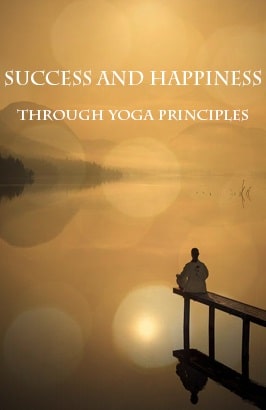