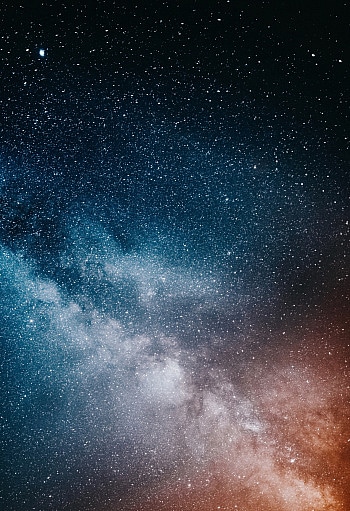 The meaning of adhyatma is Oversoul or “higher Self.” Adhyatma is God manifested as the soul of all beings. (1)

The word is formed from the prefix adhi, meaning above or over, and the word atman (shortened to atma) meaning spirit or soul. Realizing that higher Self as the truth of one’s being (liberation or moksha) is the essential goal of yoga practice.

“Adhyatma is the pristine reflection, the Kutastha Chaitanya, within creation itself of the vibrationless Spirit beyond creation. Its manifestation is both macro-cosmic and micro-cosmic: throughout space, and in each individual being.” (1)

“The Blessed Lord replied: Brahman is the Indestructible and Supreme Spirit. Adhyatma is Brahman’s manifestation as the essential soul of all beings”. Bhagavad Gita 8:3 (1)

“Those who, clinging to Me, seek release from (the debilities of) old age and from (the finality of) death become true knowers of Brahman (the Absolute), of Adhyatma (the Overself), and of all the secrets of karma.” Bhagavad Gita 7:29 (2)

Old age, as we well know, is typically full of debilities: illness, physical and mental weakness, and possible senility and dementia. But those who cling to God, the Gita says, are more likely to make their final passage with dignity. The Adhyatma, Kriyananda writes, “watches over them in old age better than any human doctor could do.” (2)

Adhyatma can also refer to the discipline of yoga practice necessary for moksha, or even just the knowledge of the path of yoga, and is thus sometimes translated as “spirituality” as differentiated from religion. Although this usage isn’t found in the writings of Paramhansa Yogananda or Swami Kriyananda, it makes a certain degree of sense. Religion is typically expressed as rituals, ceremonies, and tenets of both faith and right behavior. Although such practices often lead to a moral life, they don’t necessarily lead to spiritual wisdom or liberation, an essential aspect of which is transcendence of the ego. That is, while performing even the noblest of deeds one may continue to think “I am doing these things.” A yogi, on the other hand, thinks, “God is doing these things through this body and mind,” and, through meditation, eventually realizes that truth.

Thus, adhyatma can refer to the Oversoul itself, to knowledge of that Oversoul (including exposition and explanation about its nature), and to the knowledge and exercise of the practices leading to realization of the Oversoul.