“Yogas chitta vritti nirodha” (“Yoga is the neutralization of the vortices of feeling.”)

What does yoga mean? Yoga literally means union. This union can be understood on different levels: philosophically, as that of the relative, limited self with the absolute Self; religiously, as that of the individual soul with the Infinite Spirit; psychologically, as the integration of the personality – a state wherein a person no longer lives at cross-purposes with himself; emotionally, as the stilling of the waves of likes and dislikes, permitting one to remain in all circumstances complete in himself. (1)

According to the ancient sage Patanjali, yoga means the neutralization of ego-directed feelings, because once these become stilled, the yogi realizes that he is, and that he has always been, one with the Infinite – that his awareness of this reality was limited only by his infatuation with limitation. (1)

The Paths of Yoga

Most people in the Western world think of yoga meaning as hatha yoga, but yoga is primarily a spiritual discipline and there are many types. Some of the most well-known are karma yoga, bhakti yoga, gyana yoga, and raja yoga. (2) 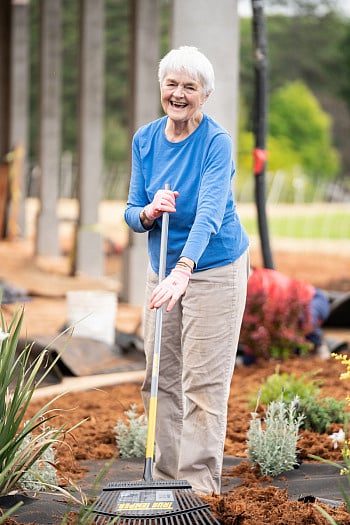 The path of karma yoga is yoga through action. Fulfillment in karma yoga lies not so much in doing many things as in acting more and more, even in little things, with the consciousness that it is the Divine who, truly, is the Doer.

Everyone acts, but not many are real karma yogis. A karma yogi redirects all the wrong impulses of their heart into wholesome channels. More than that, he or she tries to become aware of the divine energy flowing through them as they act. For the karma yogi, the spirit in which they act is more important than the service itself. They must act without desire for reward. According to karma yogis, all other activity stirs up more waves of likes and dislikes in the heart. (1)

Bhakti yoga is the yoga of devotion. However the result of bhakti yoga is not the restless excitement of ordinary romance, but a deep, inner calmness. The bhakti yogi thinks of the Divine first in personal, human terms: as Father, Mother, Friend, or Beloved. Such a personal view helps them to awaken and direct love towards the Divine.

However, they eventually see and love the Divine in all forms. According to Swami Kriyananda, it is not what we love, but how we love, that is important if our devotion is to lead us to enlightenment. Sectarian differences only create more waves of likes and dislikes; they do not result in yoga or union.(1)

Gyana yoga (also spelled jnana yoga), is the yoga of Self-study. It is not only a particular path to union, but also points out the direction all our thinking should take.(1) It is based on the idea of “non-dualism”, in other words, that we already are the Divine or Higher Self, we just need to realize it. (3) 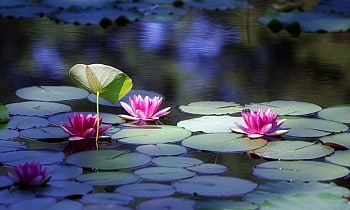 Raja yoga, or “royal yoga” views human nature as a kingdom composed of many psychological tendencies and physical attributes, all of which require considerate attention. The raja yogi, therefore, is enjoined to rule their inner kingdom wisely and with moderation, developing all aspects of his nature in a balanced, integrated way. The main focus of Raja Yoga is meditation and similar techniques with the goal being yoga, or union. However a raja yogi often practices all the above yogas as well in order to remain balanced.(1)

That highest yoga was revived again by Lahiri Mahasaya of Varanasi, who received it from the great avatar Babaji in the Himalayas, giving it the name, Kriya Yoga. The Himalayan masters had perceived that it was time, in this re-ascending yuga, to resurrect the formerly held, deeper perception of man’s inner nature. Paramhansa Yogananda, an outstanding exemplar of this teaching, was sent to the West to carry this ancient science to all mankind. After Swami Vivekananda, who may be described as having “broken the ice,” Yogananda may be described as having taught people how to swim. – The Essence of the Bhagavad Gita,  Explained  by  Paramhansa  Yogananda  by  Swami  Kriyananda