What Is an Avatar? 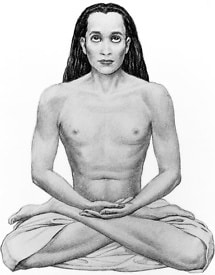 It refers to the descent of divinity from heaven to earth, and is typically used to describe an incarnation of God. (1)

Paramhansa Yogananda explained that the term avatar refers to a soul who has been freed from maya (delusion) and is sent by the will of God back into manifested existence to help others.

Examples include the founders of major world religions, such as Jesus Christ, Buddha, and Krishna. Yogananda said that an avatar “is born not to show us how great he was, but to give us hope that the state of consciousness he had attained, we too can attain.” (2)

More traditional Hindus believe an avatar to be a direct manifestation of God, rather than a re-incarnation or re-appearance on earth of a soul that has been liberated. This is comparable to the understanding that many Christians have of Jesus Christ, who they consider as having never been in human form before he was Jesus Christ.

Traditionally, the word avatar is sometimes limited to the different incarnations of Vishnu. In modern times, it is one of many Sanskrit terms that have been applied to everything from online computer identities to “avatar training,” as if one could simply take a class and become an avatar! (3)

Is an Avatar a Direct Manifestation of God?

Paramhansa Yogananda stated that these traditional beliefs are incorrect. He wrote that God would not send help to humanity by sending one who had never gone through the very real challenges that humans face. He asked “What sort of lesson would that be for humanity? God wouldn’t simply pretend to be going through the hardship and pain that, from the human point of view, are so real.” (3)

In The Hindu Way of Awakening, Swami Kriyananda writes that:

The meaning of avatara, Yogananda stated, is not that Divine Consciousness, which has never known imperfection, appears in human form to show us a reality completely alien to our own. Krishna, Jesus Christ, and all other avatars are not only manifestations of Spirit. They are descents also in the sense of knowing, from experience, what it is to be human beings who attained oneness with the Divine. Their example shows us our own divine potential. 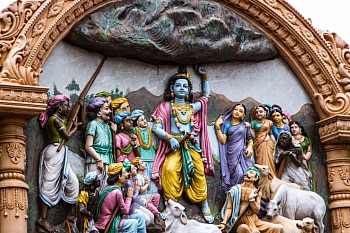 Krishna, who some Hindus consider to be a full incarnation (purna avatar) of Vishnu, stated to Arjuna in the Bhagavad Gita that “You and I, Arjuna, have passed through many births. I know them all, even if you do not.” (4) Thus Krishna himself declared that he had incarnated previously.

Similarly, Yogananda wrote in his Autobiography of a Yogi that “There are numerous passages in the Bible which infer that John and Jesus in their last incarnations were, respectively, Elijah and his disciple Elisha.” (5)

Swami Kriyananda, recounting a discussion that he had with Yogananda, wrote that any fully liberated soul who returns in human form to help mankind is an avatar. He described the various levels of divine freedom in this way:

If, as rarely happens, he returns to earth, it is as a full manifestation of God — an avatar — with divine power to shower blessings, generally, on all mankind. Those who still have some past karma of their own to work out, return primarily to help their own disciples. These saints, called jivan muktas (“freed while living”), are able to uplift a few, but cannot carry innumerable disciples to God. Those, on the other hand, who return without any karma of their own, having become param muktas (“fully liberated”) in a former life, come as avatars.

Kriyananda asked Yogananda, “What is it, Master, that draws a soul back to earth after he has attained final liberation?”

Yogananda replied, “He still keeps the ‘desireless desire’ to help others.”

When Yogananda was asked if he himself was an avatar, he quietly replied, “It would take such a one, to bring a mission of this importance.” (6)

He stated at other times that the Ananda line of Gurus are all avatars. He described Babaji as a Mahavatar, or great avatar; Lahiri Mahasaya as a Yogavatar, or incarnation of Yoga; his own guru, Swami Sri Yukteswar as a Gyanavatar, or incarnation of wisdom. (5) Paramhansa Yogananda has been described variously as a Premavatar (by his disciple Rajarshi Janakananda) and a bliss-avatar by Swami Kriyananda, due to Yogananda himself stating that “I myself got there [to divine freedom] through bliss.” (2)

For some Hindus, the concept of avatar is associated mostly with Vishnu, who represents the aspect of God as preserver in the Hindu trimurti. The other two aspects of trimurti are Brahma as the creator and Shiva as the destroyer, or dissolver of creation. Various Puranas (religious texts from ancient times) describe the different avatars of Vishnu, numbering as many as forty in the Bhagavata Purana. Other Puranas describe the ten main avatars of Vishnu: Matsya, Kurma, Varaha, Narasimha, Vamana, Parashurama, Rama, Krishna, Buddha (replaced with Balarama, Krishna’s brother, in some versions), and Kalki (a future avatar). (7)

Avatars According to Paramhansa Yogananda

Avatars described by Yogananda include Patanjali, and Agastya, a South Indian saint. As stated earlier, they also include:

By no means are the avatars limited to this list. As Krishna said in the Bhagavad Gita,