Being with children as a mother or a teacher has been my own special path to God. I spent thirty years raising four active children, the last twenty-four of those years at Ananda Village. The year my youngest child left for college, I began teaching pre-school.

If I had any regrets in raising my children, it was that I was not as firmly established on the spiritual path as I am now. In becoming a preschool teacher at Ananda Village, God and Guru have given me a wonderful gift — the opportunity to put into practice everything I have learned as a devotee and a mother, and to serve other people’s children as though they were my own.

In the fall of 2004, I felt inspired to take the early childhood education classes that would give me the teaching credential needed to teach preschool. Although I was told there were no openings at the Ananda preschool, I knew this was something I needed to do. Three months later, the preschool teacher left unexpectedly and I was called upon to take over her class midyear.

Every day that first month was challenging mainly because I couldn’t get the class calm enough to participate in any activities. There were a few “wild” ones in the group—high-energy, strong willed children whose reluctance to settle down influenced the others.

During “circle time,” for example, the children and I would sit in a circle on the floor for the start of various activities. But as soon as we sat down, one or two of them might get up and walk away; or a few of them might start talking and soon everyone would be talking; or someone might poke the child next to him and then chaos would reign. It went on like this day after day.

One day during circle time I became desperate. I knew I was going to lose control of the class if I didn’t find a way to calm their energy. Silently I called on my Guru, Paramhansa Yogananda, and asked, “What can I do to make this work?” In that moment I received the inspiration for “Quiet Bodies.”

Getting the children to say “yes’

Quiet Bodies is simply sitting cross-legged, with eyes closed, and not moving for a few minutes. It’s unusual, however, to think that three and four-year-olds can sit quietly that long. Learning and growth in the preschool years occurs primarily through the body; that’s why young children are so constantly active. The key challenge of those years is learning to control and discipline the body.

In order to get the children to do Quiet Bodies, I needed to create an aura of specialness around the experience; making an activity “magical” and fun gets them to saying “yes.” With the children sitting in a circle, I held up “Mr. Blue Jay,” a small hand puppet that sits on two fingers. “Mr. Blue Jay” was very special to them because we used it only for circle time.

I realized soon after, however, that to maintain an atmosphere of calmness during the four hours the children and I were together, I needed to be calmer and more centered myself. Often I became so outwardly engaged with the children that it was difficult to remain in the presence of God.

When I’m not deeply calm, I can’t convey to the children how wonderful it is to sit quietly with their eyes closed. If I can’t still my thoughts and feelings, how can I expect the children to still their bodies?  “True teaching is vibrational,” Swami Kriyananda writes. He says that our vibrations change people much more than our words, and that the best way to influence someone else’s behavior is to be strong in those qualities oneself.

He gives the example of a mother who took her young son to Mahatma Gandhi and asked Gandhi to tell the little boy not to eat so many sweets. Gandhi told her to come back in a week. When the mother returned a week later, and Gandhi told the boy not to eat too many sweets, she asked why he couldn’t have said that a week ago. Gandhi replied, “A week ago I was eating sweets myself.”

Staying in the flow

My meditation practice is much stronger now and I can share with the children one of the deepest aspects of the spiritual path—the upliftment and centeredness that come with daily meditation and God-contact.

When I’m calm and centered, there’s a “flow” that comes; I know when I’m in it and when I’ve stepped out of it. Whenever the children’s energy is “off,” I first check to see if I’m still in the flow. If not, I raise my energy and call on God. The more “out of the flow” I become, the more energy I put into calling on God and surrendering to His guidance in that moment.

When I’m back in the flow and a child misbehaves, I put my aura around the child and use my energy to quiet him or her. Swami Kriyananda says that when he places people in positions of leadership, he expands his consciousness to include them, supporting and strengthening them. I do something similar with the children.

“I need to do Quiet Bodies now”

Quiet Bodies, however, has been the most important factor in creating an atmosphere of calmness with the preschoolers. Now, when the children sense the need to bring their energy back to center, they either ask to do Quiet Bodies or start reminding each other that it’s “circle time.”

This even happens outside of school. One child was at the river with his mother and suddenly said, “I need to do Quiet Bodies now.” He sat down with his legs crossed, closed his eyes, and became very still for some time.

The children are so pleased when they have brought the physical body under control because their souls know this is what they’re supposed to learn at this time. That’s why they enjoy showing that they can do Quiet Bodies. When visiting her grandmother, one child said, “Grandma, watch me do Quiet Bodies.” She sat down and showed her grandmother how long she could sit still.

The children do Quiet Bodies for two minutes at the start of the school year. Toward the end of the year they usually can do it four to five minutes. By that time I am also encouraging them to listen to the sound of their breathing. I never question them about their inner experiences, nor do I encourage them to talk about them. Doing so might make the experience competitive, which would undermine its value.

A time to plant seeds

These preschool years are the time to plant seeds of good habits. Swami Kriyananda writes that children are especially receptive at this age because, “they’re a little closer to where we’ve all come from. They haven’t yet fully taken on a new personality or a new body with its habits.”

Quiet Bodies is a tool that enables children to tap into their soul nature. It gives them the chance to see and feel the effects of their own energy, and to begin to understand the difference between restless, scattered energy and quiet, peaceful energy. It is the first step on the long journey to becoming calm, centered adults.

About the Author
Nayaswami Hassi 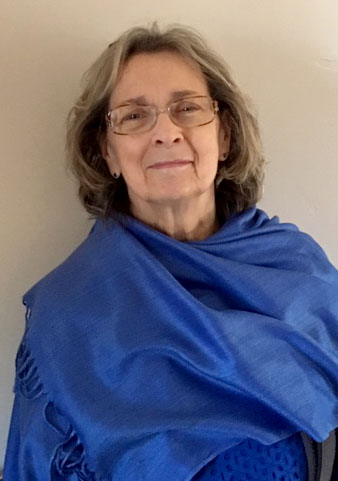