What is the spiritual way to relate to other people—students, friends, or family members?

When we hear that it is ideal to relate to other people in an impersonal way, many of us think that means to be cold and uncaring. But the true definition of impersonal love is very deep.

In personal love there is some expectation of the other person. If I love them, I expect them to love me in return—or at least to like me. To love someone in an impersonal way means there are no conditions on what is flowing from us.

Swami Kriyananda was once asked, “How should we love other people?” He responded, “You should fill your heart with the love of God and let that love overflow to other people.” In other words, we are not loving people “because”—because we like their personality, because they are related to us or because we know they like us. It is simply a free gift because we know they are a child of God, as we are. 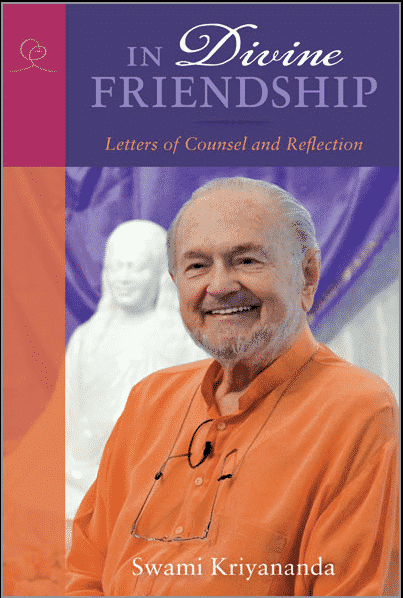 It was inspiring and educational to see Swami Kriyananda give the same impersonal love and divine friendship to everyone—equally to those he’d known for decades and to those he was meeting for the first time. When he wrote letters of counsel and answered people’s questions, he would sign: In divine friendship. His letters were compiled into the book In Divine Friendship.

In a talk “The State of Superconscious,” Swami Kriyananda spoke about the importance of being a divine friend:

While living in a physical form, let us keep in mind that behind this form our reality is something much different. And when we relate to one another, let us try to relate also more on that plane, more with that sense of respect for God in each other. In this way, human relations can be spiritualized. And in this way, all human affairs, all human activities can lead to superconsciousness.

As souls, we are born into a human family and experience close relationships with others. We view the world from the human perspective and view our family and friends in terms of our human nature.

In Autobiography of a Yogi, Paramhansa Yogananda wrote of the love of his birth family, yet when he wanted to pursue the spiritual path and become a monk, his father and family objected. They could not see who he truly was nor the mission that he came to this world to fulfill.

Swami Kriyananda shared a similar story, of being raised in a loving family, yet when he moved into Yogananda’s ashram, his family was shocked. They were unaware of the depth of his spiritual longing.

It seems that most people who truly seek God face obstacles and objections from their earthly families.

When I decided to join Ananda, I faced objections from my family. I grew up in a Jewish home, and my parents dedicated their lives to raising their children with love and care. I loved and respected them and never thought I would ever live away from them. But in my late twenties, after I found Ananda and the teachings of Yogananda, I knew in my heart that I needed to live at Ananda Village in California. At first, the thought of hurting my parents frightened me. Despite my fears, I moved to Ananda.

My parents and family didn’t approve, as I suspected. After many years of carrying guilt feelings for disobeying my parents, I realized that I had done the right thing. I understood that my parents loved me as their daughter, but they did not understand the longing of my soul to know God. Because of my deep prayers, God sent me a ray of light in the form of my Guru, Yogananda, who led me to Ananda. The sense of guilt was replaced with deep gratitude to Yogananda, who gave me the courage to act on my soul’s call and follow him.

I understand now that in family relationships it is natural to be attached to the human form and therefore it is harder, if not impossible, to see the person as a soul.

To be a divine friend requires spiritual maturity. One needs to be able to let go of likes and dislikes and learn to see beyond the form and personality into the soul.

The Nature of God

God is the ocean of bliss, a universal consciousness. He is formless, but he has become every form in creation.Paramhansa Yogananda

Many spiritual seekers experience this conundrum: Is God personal, or is God impersonal? Is one right and the other wrong?

Paramhansa Yogananda explained that God is the ocean of bliss, a universal consciousness. He is formless but has become every form in creation. While He is the impersonal Absolute, He has also become personal by manifesting Himself as people. God is therefore both personal and impersonal. He is visible everywhere, in everything He has created and in the workings of His intelligence governing all creation. Swami Kriyananda further explains:

Most people find it difficult to love God as an abstraction. He is pure consciousness, but they find it easier to endow Him with a form that represents whatever divine aspect or quality most attracts them. God is beyond form and is supremely impersonal. At the same time, God has also taken on every form in the universe. He is impersonal in that He wants nothing for Himself.

In each of us, however, He has become personal by encasing His consciousness in our forms. He loves us individually, on our own level of understanding. Thus He suffers in (and for) those who suffer. Yet in Himself, He is perfect Bliss. He rejoices in our earthly joys, yet in Himself is not identified with them…

God cannot be bound by any form, even His personal aspect in the universe is also infinite. He can appear to his devotee in the form of Krishna, Buddha, Jesus, or other masters.

The impersonal God cannot be described, or even understood with the intellect. The only way you can know the Absolute is to be one with Spirit. It is only the personal God that you can think of or worship. Without a personal example of God’s divine qualities, we could not conceive of Him at all.
-The Essence of Bhagavad Gita

This is why the great ones such as Jesus were sent on earth. Though one with God, they have a body of bones and flesh. In this way, God takes a body at will to guide and inspire His children. But he cannot be confined to any one body because that would mean He is born and He dies, and therefore He would be limited, not limitless, and He would not be God…

God is personal in His relationship with you because you are personal. He descends to your level in order to draw you up to His. What He calls you to is, ultimately, the impersonality of Pure Consciousness…

After Yogananda met Anandamoyi Ma, the great woman saint, he said about her:

The closest of dear friends she made one feel, yet an aura of remoteness was ever around her–the paradoxical isolation of Omnipresence.

Open to God in Meditation

Swami Kriyananda offers us this guidance:

Offer ego-consciousness up to cosmic expansion, by asking: Who am I?

First one asks, Who is this that is eating? Who walks, when my body walks? Who, really, is breathing? Who thinks? Who is reacting with positive or negative, and finally asking: Who am I?

Become the silent observer of your own self.

This is the approach of Gyana Yoga (the path of discrimination), but it is one that everyone should include in his sadhana (spiritual practice). Watch yourself eating, walking, breathing, conversing, thinking. Stand mentally aside from your own body and mind. Become the silent observer of your own self. Gradually you will feel inwardly detached and will accept that you are another reality altogether: the divine soul merely dreaming everything that happens to its individual-seeming consciousness.
-The Essence of Bhagavad Gita 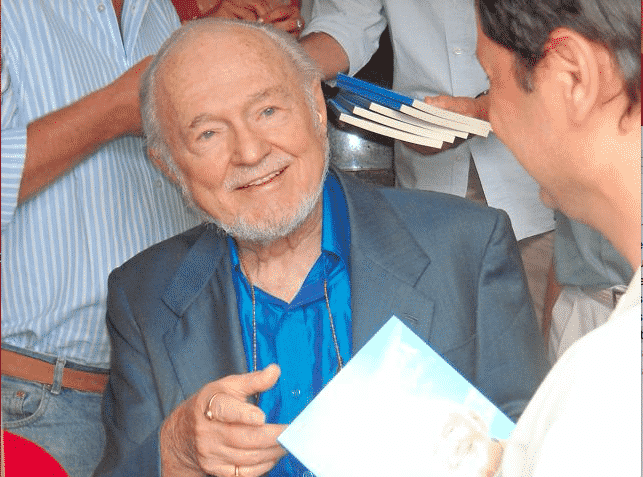 Even in intimate relationships, there should be space for growth, not taking one another for granted, and not becoming too familiar. Instead, give each other the space to develop his or her own relationship with God, in order to grow spiritually.

How to Relate to Other People?

In a talk “Superconscious Living” (2/3/79), available from Treasures Along the Path, Swami Kriyananda said:

If one learns to be centered within and to get to the center of light within themselves, then they will be able to relate to other people in the best and truest way. In your essence, you are a point of light that has taken a form and a personality. The more you can identify yourself with the light, the more you can help others.

Close your eyes. Go deep within yourself. Concentrate on the heart, and visualize there a point of light. Radiate that light to your whole being, and fill yourself with light.

Now radiate that light into the medulla at the base of the skull, the center of ego, and from there radiate the light to the spiritual eye.

Project that light and feel that you are at the center of the spiritual eye.

Now visualize someone dear to you, and take away all attributes: looks, personality, color of hair and eyes, all that is a part of their external reality, except that point of light.

If you can see yourself as light communing with another point of light, then you will be able to bless and heal other people.

Don’t see them as personality, but try to see the God in other people. Try to see that light at their center at the point between the eyebrows. Then see that light radiating to their whole body. This can bless them and heal them, and invite the divine within them to come forth.

Now, meditate on their potential, the little point of light at their center. And invite that light to grow, so their own light is blessing them.

Swami Kriyananda wrote a song called “Brothers” and describing it he said: “Let us become forces on earth for the spread of love and brotherhood.”

You can learn how to become a divine friend and how to communicate from a spiritual perspective in the upcoming course Spiritual Counseling. 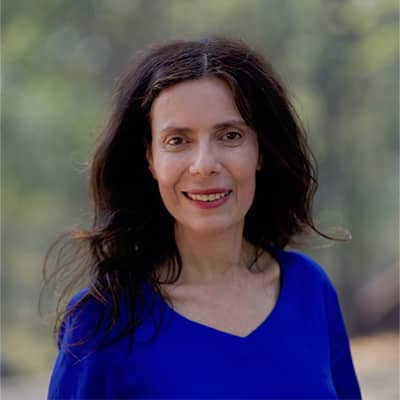