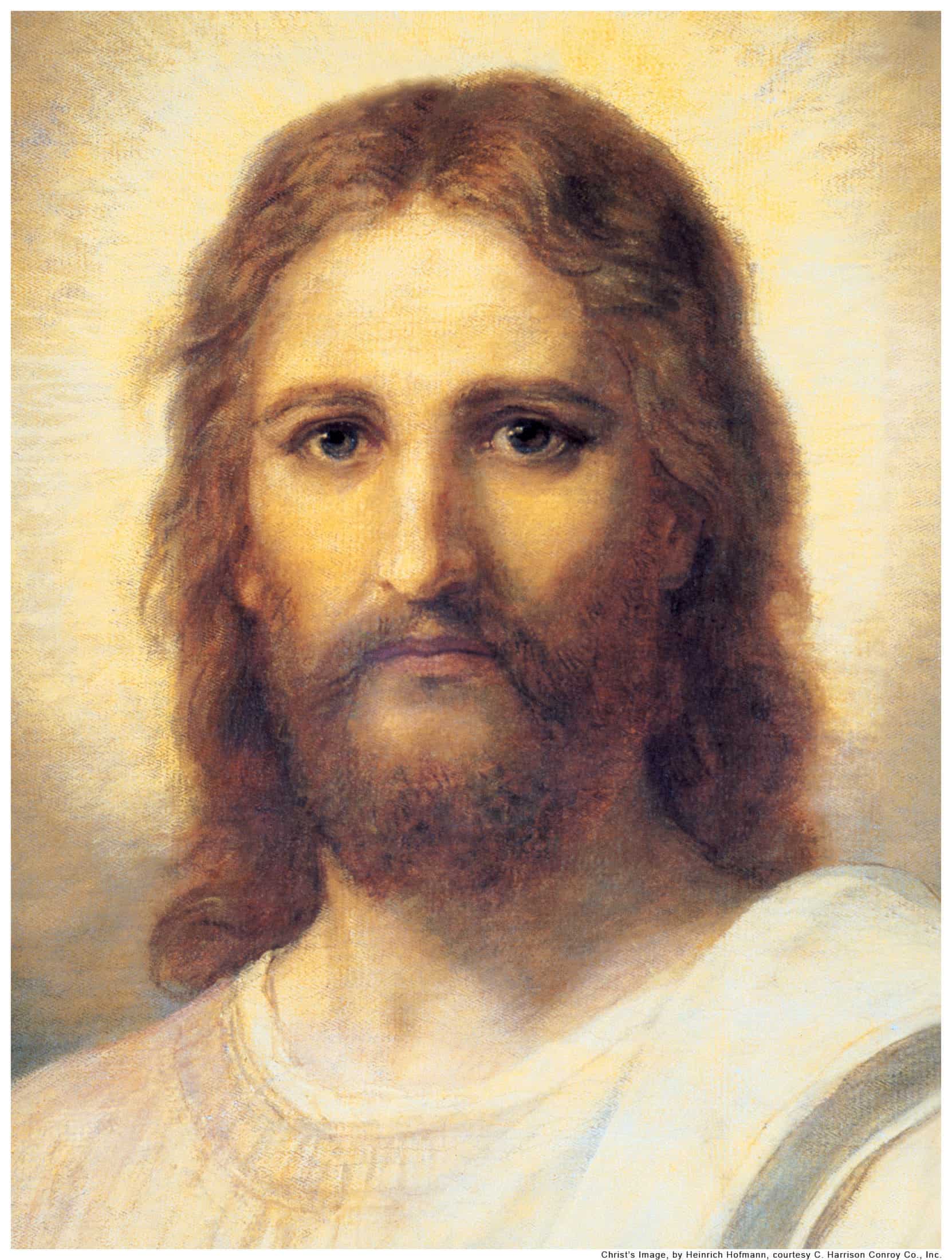 In Autobiography of a Yogi and other writings, Paramhansa Yogananda reveals the identity of Jesus Christ in a past life, and also of Jesus’ guru from that life. He discloses how Jesus met his guru again in his life as Jesus, but under unusual circumstances in a kind of role reversal!

Yogananda tells us that in their past lives, John the Baptist was the great prophet Elijah and Jesus was his foremost disciple, Elisha. He writes that by the time of their respective incarnations as Jesus and John, Jesus had attained Self-realization whereas John did so only at the end of that lifetime.

The lesson Yogananda shares is one of divine friendship: how the disciple and guru remain in an eternal bond of soul helping soul.

This deeper understanding of Jesus’ life makes it clear that the Bible itself discloses that the doctrine of reincarnation was widely accepted by the Jewish people of ancient times, and by Jesus as well.

Elijah and Elisha in the Old Testament

The explanation Yogananda gives is not as difficult to discern from the Bible as it might seem at first.  Let us go back in time through the pages of the Bible to Kings II, Chapter 2.

It is a brief chapter, and we read here that when Elijah the prophet became aware that he was soon to leave his body, he offered his disciple, Elisha, a boon, saying, in effect, “Ask what you want of me before I leave you.”

Elisha’s response shows the intensity of his spiritual quest, for without missing a beat, he responds, one imagines rather eagerly, “Let a double portion of thy spirit be upon me!”

Elijah withdraws into silence seeking the divine sanction necessary to grant such a request. Receiving it, Elijah sets one condition: “Thou hast asked a hard thing: nevertheless, if thou see me when I am taken from thee, it shall be so unto thee; but if not, it shall not be so.” (Thereafter Elisha doesn’t let his guru out of his sight!)

When Elijah leaves his body, the Bible says that Elisha then took up Elijah’s “mantle,” which Yogananda explains was “his glory and his spiritual wealth.”  Soon thereafter, when the rest of Elijah’s disciples saw Elisha, they could see that “the spirit of Elijah doth rest on Elisha.” 1

“I will send you Elijah”

Let us now move forward in time and in scripture to the closing words of the Old Testament by the prophet Malachi. We come upon the prophecy that the prophet Elijah would reincarnate as the messenger and herald of the Messiah: “Behold, I will send you Elijah, the prophet, before the coming of the great and dreadful day of the Lord.” 2

Yogananda writes that the word “before” refers to the fact that John the Baptist would be born just ahead of Jesus. John’s work of preparing people for the coming of the Messiah also began before Jesus’ public ministry.

“Filled with the Holy Ghost”

At last we arrive to the incarnations of Jesus and John the Baptist. In the New Testament it is said that an angel conveyed a similar prophecy to Zacharias, father of the soon-to-be-conceived child, John the Baptist.

The angel tells Zacharias that he would have a son who would be “filled with the Holy Ghost,” would turn many people “to the Lord their God,” and would “go before him in the spirit and power of Elias…” (The Greek translators of the New Testament spelled “Elijah” as “Elias.”)3

Yogananda cites these two accounts of the prophecy, along with the passages discussed below, to show that the Jews of the Old Testament, and at the time of Christ, accepted the doctrine of reincarnation without hesitation.

Indeed, by the time Jesus appeared on earth, every Jew, lettered or unlettered, knew of the prophecy and was eagerly awaiting Elijah’s return as heralding the coming of the Messiah.

John denies he was Elijah

Thus, when John the Baptist appeared on the scene and began to develop a following, various Jewish priests went to John to ask if he was the Messiah. John replied, “I am not the Christ.”

They then asked him point blank, “What then, are you Elias?”  And as the New Testament reports, John denied that he was Elias.4

Yogananda tells us that John could not yet recollect his prior life as Elijah. To achieve final liberation, John led an austere life of penance, prayer, and solitude.

“In the name of righteousness”

Yogananda explains that although Jesus was now “perfected in divine realization” and had surpassed his guru, he nonetheless sought John’s blessing through baptism by water at the start of his public work.

When John protested that he was not worthy, Jesus replied that his baptism should be permitted in the name of “righteousness”—meaning in acknowledgement of their eternal bond as disciple and guru.

Afterwards, the voice of the unseen Heavenly Father, and the Holy Spirit in the form of a dove, affirmed Jesus’ divine stature and blessed him also.5

Some time after the baptism, John the Baptist, who was by then in prison, sent two of his disciples to interview Jesus and to ask him to be more specific as to his identity. After the interview, as John’s disciples were preparing to leave, Jesus spoke to those around him.

Jesus began by praising John the Baptist’s high spiritual stature. Then he announced that the prophets and scriptures of old had all prophesied about John, adding boldly, “And if ye will receive it, this is Elias, which was for(told) to come. He that hath ears to hear, let him hear.”6

That last comment was a “Listen up” to those who could understand what Jesus was really saying. In other words, “I’m not going to spell it out for you but John the Baptist is the reincarnation of Elias as foretold by Malachi.”

“His face did shine as the sun”

Jesus’ thinly veiled declaration as to John’s identity was repeated after his transfiguration on Mt. Tabor. John the Baptist was now dead, killed by King Herod.

In the transfiguration, Jesus appeared to three of his closest disciples in his luminous astral body, (“His face did shine as the sun, and his raiment was white as the light.”) He appeared in the company of Moses and Elias (similarly “attired”).

Afterwards, as Jesus and the disciples descended the mountain, it was natural for the disciples, armed with this latest and most dramatic confirmation of Jesus’ role as the Messiah, to ask: “Why then say the scribes that Elias must first come?”7 In other words, “If you’re the Messiah, where’s Elias?”

Jesus’ reply to the disciples’ question is astonishingly simple—and unequivocal. He says that Elias has indeed come:

And Jesus answered and said unto them, “. . . I say unto you, that Elias is    come already, and they knew him not, but have done unto him whatsoever they listed. Likewise shall the Son of Man suffer of them.” Then the disciples understood that he spake unto them of John the Baptist.8

Jesus was also reminding those who “had ears to hear” of the prophecy that his own body would similarly suffer at the hands of ignorant people.

Yogananda writes that John’s appearance with Jesus on Mt. Tabor in the form of his guru, Elias, signified that John, by his death at the hands of Herod, had achieved final liberation.  Interestingly, it was to Elias that Jesus cried out from the cross. (See sidebar below)

Thus it is that the Indian scriptures aver that the eternal bond of divine friendship between guru and disciple is the greatest blessing in the “three worlds.”

The Great Ones Unite—Jesus, Elias, and Moses
by Paramhansa Yogananda

The appearance of Elias and Moses on the mount of transfiguration with Jesus reveals that the Heavenly Father has a special message for the world through their united lives. I have pointed out that Elias or Elijah was no other than the guru of Jesus’’ former incarnation as Elisha.

The guru and the true disciple form a act of unconditional love and try to help each other through incarnations until final liberation is reached. Elias and Jesus had been in touch with each other in many incarnations, unknown to man.

Elias’ transfigured appearance on Mt. Tabor signified that John the Baptist had achieved final liberation by his death at the hands of King Herod. He appeared to Jesus in his former role as his guru, Elias, to give him strength to overcome without difficulty the great ordeal of death on the cross. It was to Elias, his guru, that Jesus cried our on the cross.

The united presence of Moses and Jesus on the mount of transfiguration was a divine beacon installed by God to shine through future ages to dissolve the clannish differences between His Jewish and Christian children. Modern Jews, therefore, should take heed and establish their brotherhood with Christians.

About the Author
Nayaswami Hriman 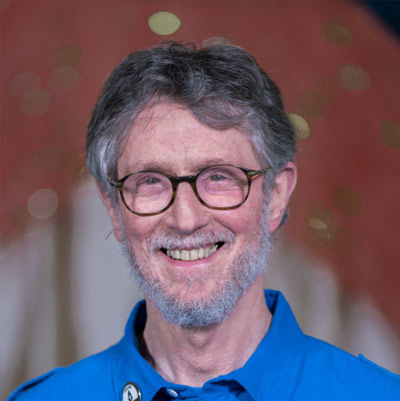