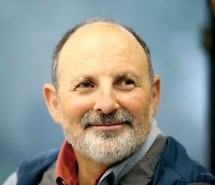 Last year while I was in New Jersey on a lecture tour, Thomas, my host, discussed how his meditation practice had helped him calm a potentially dangerous situation.

Thomas is the superintendent of a small, rural school district. He had recently suspended the high school wrestling coach for verbally abusing his players. The suspension had enraged the coach and his large, extended family—so much so, that some of them had physically threatened Thomas.

One Sunday Thomas was working alone in the district office, when four cars came to a screeching halt in front of his building. Out came a furious mob of the coach’s relatives. As they charged into the building, Thomas called his daughter to notify school security.

In the seconds remaining, Thomas centered his energy within and waited for the approaching storm. His “guests” barged into his office and began yelling, trying to intimidate him. Calmly, and without fear, Thomas listened to their tirade about why he was wrong to suspend the coach, and then quietly explained why he had made that decision.

The coach’s relatives were very physical people, who respected strength. Thomas’ demonstration of courage and centeredness won them over. Soon afterwards, they not only accepted but also helped to resolve the situation with the coach.

Centered energy is stronger than dissipated, reactive energy. The more centered we are, the more outer events adjust themselves to our inner control.

Meditation is the art of learning to live from one’s center. It brings our consciousness dynamically into the spine, putting us in tune with God and our spiritual nature.

Lahiri Mahasaya’s advice for overcoming any problem was always the same—to meditate more. Through regular meditation, we literally change our destiny.

Joseph Bharat Cornell, an Ananda Lightbearer, serves at the Sangha Office, where he oversees the meditation support website: www.learn-meditation.org. He and his wife, Anandi, live at Ananda Village.