In January of 2000, the relics of St. Thérèse of Lisieux (1873-1897), after having been to many other parts of the nation, were taken on tour in California. In the months prior to her death, St. Thérèse had prayed for the grace to “spend my heaven doing good on earth” and had promised that after her death, she would send “a shower of roses” from heaven, along with many answered prayers.

Some friends and I had the opportunity to visit her relics at a small Carmelite convent in the Sierra Nevada foothills. The convent had a small chapel, and only a limited number of free tickets were offered for the event. When the reliquary was on view in cathedrals in major cities, no tickets were required, but people had to stand in line for hours, and then could only linger for a minute or so.

Because the convent had a three-hour window of time for viewing, we decided to treat our journey as a mini-pilgrimage. We planned to arrive early, pay our respects close to the reliquary, and then, if space allowed, meditate in the back of the chapel. From past experience, we knew the value of pilgrimage to holy places.

A crucial fork in the road

We knew the drive to the convent would take two hours, and we started early, well before dawn. It was still dark when, more than an hour into our trip, we reached a crucial fork in the road. Here we took a left which, we were soon to realize, should have been a right.

It was a beautiful drive. I was enjoying talking quietly with my two female friends when a light rain began to fall. Soon we were going up a mountain, just as the grey light of dawn was starting to appear. As the elevation rose, the light rain changed to snow. Ascending the mountain as the snow was falling, I felt myself in a mystical time-lapse movie. The higher we climbed, the deeper the freshly fallen snow. As I gazed into the forest all around us, I said, “This experience is so beautiful that we will remember this day for the rest of our lives.”

It was an unusual road — no curves and climbing straight up the hill. We could see far ahead of us and far behind. The snow was piling up quickly. Pranavati, the driver, was growing concerned because although the snow was only a few inches deep, we didn’t have snow tires. But because we felt such tangible blessings (and that we must surely be almost there) I said, “Oh! Keep going! Julie and I are from New Hampshire.” I was implying that for us New Englanders this amount of snow was nothing. (Of course, in New Hampshire we would have had snow tires!)

Stuck in the snow on a mountain

A little farther up the hill, we came to a dead stop. I quickly came back to earth, for there we were, three ladies dressed in skirts, and the car needing chains before it could proceed. (At least we had chains!)

So, being capable, strong women, we tried our best, but could not fasten one of the clasps which had been squashed shut in a previous adventure. Now we were all concerned. We hadn’t seen even one other vehicle since taking that left hand turn at the fork. Nor, come to think of it, had we seen any other signs of civilization since before daybreak. Finally it dawned on us that we were stuck in the snowy forest on an unknown mountain, with no means of calling for help.

Then, in the distance at the bottom of the hill, we saw a small red pickup truck. “Yay!” I exclaimed. “Red pickup trucks are always driven by helpful guys!”

We stood in the middle of the snowy road, gazing at the solitary pair of tracks we had left all the way up the mountain. We watched as our saving grace gradually approached us. It took him a couple of minutes to arrive. To my dismay, I saw that he was going to drive right past us, there, stranded in the middle of nowhere! It was a severe blow to my theory about guys in red trucks. I had to stand practically in front of his (slow-moving) truck to flag him down. Finally he stopped, and when he opened his window, I had a distinct and immediate intuition, even though I had never met him before: “He doesn’t look as he usually does.”

The guy in the red pickup truck

He was wearing a plaid shirt and a winter coat, and he looked to be in his mid-seventies. He first words were, “I am not lying down in the snow to put on chains.”

I couldn’t really blame him. Reassuringly I said, “That’s okay, but do you have any needle-nose pliers?”

Looking surprised that he could be of help with something so simple, he got out to fetch them from his tool box. Pranavati and I wrestled with the bent part of the chain and finally straightened it out. Thanking him and handing back his pliers, I exclaimed, “You saved us!”

Now he was starting to look like his true self. He asked what we were doing way up there. When we told him about the relics of St Thérèse, he understood right away, for the story had been on the front page of the Sacramento paper for days. “You are very lost,” he told us. “The pavement ends in about 500 feet and then the road turns to gravel. It goes up to about 7000 feet in elevation and finally ends at Lake Tahoe. No one would have found you before springtime.”

And then he asked, “Are you ladies of the church or something?”

Rather than try to explain yoga and meditation, I simply responded, “Yes, something like that.…”

“What’s he doing driving up there?”

He gave us the directions we needed. We got the chains on and thanked him again. As we got back in the car, we watched him continue up the road into that winter desolation. My friends wondered aloud, “Then what is he doing driving up there on this snowy day?”

We turned the car around and started slowly down the mountain. I fell silently into prayer for that man, for I sensed that his original intention had been to die in the wilderness and not be found until springtime. (Here was the reason he didn’t look right when he first stopped the truck. A dark intention like that takes some of the life-spark right out of the facial features and skin tone.) As we drove along, I shared my intuition with my friends and asked them to pray for him.

Some time later, we saw in the distance behind us, his red truck coming back down the hill. A few miles farther and finally out of the snowy area, we stopped to take off the chains. The red truck pulled off the road right behind us. He wanted to make sure everything was okay and that we had the directions right. Now he was living up to my expectations – the red pickup truck was being driven by a helpful and friendly guy! All was well.

St. Thérèse had sent us on a mission

As we continued on our journey, I felt surrounded by a special grace and continued to pray for him, to heal whatever loneliness had caused him to lose hope. I was praying to our line of gurus, but also to St. Thérèse. Our detour had taken all but the last 20-30 minutes of the viewing window for our “pilgrimage.”

Finally we arrived. I went first to a side altar to pray to God for this man, and to leave his healing in His hands. As I prayed, I clearly saw two women, one right after the other, in my mind’s eye. One had blue tinted hair, as had been popular with older women in the 1960s, and the other had normal, white hair. I understood that they were the mother and wife of the man, and that they had both already passed on. Here was the reason for his despondency. I felt that they were aware of his plight and very grateful for our intervention that day. They loved him, and would be very happy to see him again, but in God’s time.

St. Thérèse had sent us on a mission to help that man. We ourselves were helped more by doing that prayer service than by meditating for hours near her relics. Yet our intention to meditate at her shrine had created the space in our lives to serve in that special way. Who knows the mysteries of prayer? Had that man, seeing the notices on the front page, sent up a fleeting prayer for help? Or did someone else pray for him, perhaps even his mother and wife in heaven?

Why is one saved from suicide? It comes down to the mystical play of karma, receptivity and grace. In his heart of hearts, he was a good man driving a red truck, and his true colors came out (although reluctantly at first) even in his darkest hour. By saving us, he saved himself.

Finally, I approached the reliquary. I knelt there to pray and meditate. I felt a holy, inner presence, and heard a tender, inner voice, “You see? I have a prayer ministry in Heaven, and you have one on earth.”

I was deeply moved and spiritually encouraged to receive the grace of feeling united with St. Thérèse in this sacred prayer ministry.

From the forthcoming book, Flow through Me (Healing through the Laying on of Hands), by Mary Kretzmann, a Disciple of Paramhansa Yogananda. Mary Kretzmann, a Lightbearer and Ananda Village resident, serves in the Sangha Office as Director of the Ananda Healing Prayer Ministry. She is the author of Divine Will Healing, a complete handbook of Paramhansa Yogananda's teachings on healing. She has also written a free online e-book, Finding God in Your Family. For prayer requests, classes, and healing sessions go to healing prayer request. For books and products go to healing prayer products. 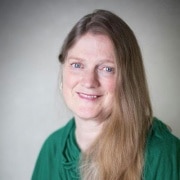