Excerpted from Handbook on Discipleship by Swami Kriyananda 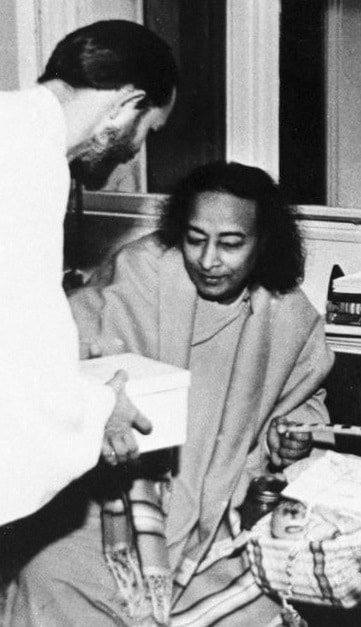 Many people have misconceptions about the whole concept of being a disciple and of having a guru.

In the Bible we read, “As many as received him, to them gave he power to become the sons of God.” The receiving of this power is what many people are afraid of, because they think it constitutes an invasion of their own spiritual privacy, or giving over their free will to another human being.

This isn’t what happens at all. The best illustration I’ve hit upon to explain this came in writing The New Path, where we talk about the way a bar of steel acquires magnetism.

One way to magnetize a bar of steel is to place it in proximity to another magnet. The reason ordinary steel is not magnetized is not that it doesn’t have that magnetism potentially inside it.

Rather, it is because every molecule cancels out the north-south polarity of the others. When you can get all the molecules pointing in one direction, then the bar of steel becomes a magnet.

Human beings also have a divine power locked within them, but every desire, every impulse, every conflicting tendency that we have cancels out the flow of our inner magnetism. Lacking in magnetism, we don’t have the power to succeed in anything, much less the spiritual quest.

You will notice that there are some people who are extremely magnetic. You don’t know how to define their magnetism, and yet you know it’s there.

In the true guru-disciple relationship, the guru helps the disciple to bring out his own spiritual magnetism. There are so-called gurus who have set the bad example of trying to dominate their disciples. A true guru would never try to do that, because his purpose is to bring out your own inner freedom and to develop your own inner magnetism to release your highest potential.

When Paramhansa Yogananda was with his guru, he didn’t take on Sri Yukteswar’s personality. He developed his own magnetism and found a great increase in his devotional power, even though Sri Yukteswar’s spiritual expression was primarily toward wisdom.

The Spiritual Power of Yogananda