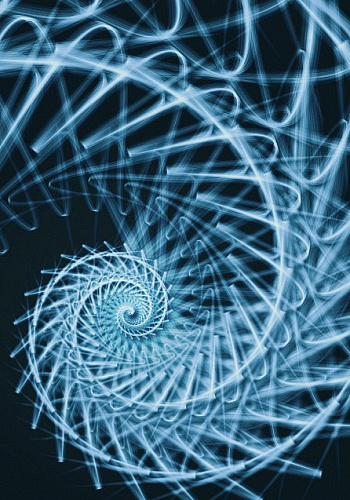 In the Yoga Sutras, Patajali begins: “Yogas chitta vritti ni rodha,” translated as “Yoga is the neutralization of the vortices of feeling.” Vrittis are habitual motions of thoughts associated with egoic desires and attachments. For example, the thoughts of “I want,” “I like,” “I need,” and “I reject,” revolve constantly around the ego. The purpose of yoga as presented by Patajali is to neutralize these vortices around the ego by attaining stillness in the spine. (1)

“Every unfulfilled desire, every wave of like or dislike, every karmic action creates a subtle vortex of energy, which the ego spins around itself. They are held together by the centripetal thought: ‘I want this; I reject that; I like this; I don’t like that; This is what I have done; That is what I failed to accomplish.’ The ego hugs these thoughts and impulses to itself until they gain release outwardly in action, or inwardly in Self-realization. To work out a desire or a karma in the outer world is, ultimately, not feasible, for out of every fulfilled desire there arise two, or twenty, or a hundred others. This is the inner significance of the Greek legend of the Hydra, the many-headed serpent that Hercules slew. The mythical monster would grow two heads for every one that was cut off.” (2)

“The vrittis, or vortices, enter the subconscious and sink to their respective levels in the spine, according to the relative grossness or refinement of the energy they express.” (2) For instance, gross desires are centered around the lower chakras, while spiritually uplifting impulses are located higher in the spine. (1) The eddies in the mind that produce bondage and karmic delusion are primarily biased feelings in the heart, such as likes and dislikes. (3)

If one directs energy upward through the spine, for example in meditation, one can dissolve the vrittis and carry them toward the third eye chakra between the eyebrows. (4)

“A powerful energy, generated by an intense involvement of the will, creates a similarly dynamic vortex. Very old vortices, as yet unresolved, are submerged, so to speak, by more recently created vortices, and have little or no effect on the waking consciousness. They continue, however, like little ripples on the surface of larger waves, to obscure the clear reflection of the Eternal Spirit until long after the larger waves of chitta, or intuitive feeling, have subsided. For each vortex, even the oldest and least active, represents a commitment of energy on the part of the will, even if long ago and forgotten. This explains why some people find it difficult to rise above bodily awareness even when they strive their very best to grow spiritually. There are countless such vortices, not even taking into account the possibility that we may have incarnated before in other bodies, each incarnation producing its own nest of vrittis.” (2)

By practicing yoga, one can neutralize likes and dislikes, eliminate ego identification, and attain the state of enlightenment. One must direct all thoughts and feelings toward superconsciousness in order to realize oneself as spirit. (1)

“This upward flow is obstructed in most people by countless…vrittis, [which] can be dissipated by a flow of energy through the spine strong enough to neutralize their centripetal force. Numerous techniques of yoga have as their main objective the awakening of this energy-flow. Of all such yoga techniques, the most effective, according to Paramhansa Yogananda and his line of gurus, because the most central and direct in its application, is Kriya Yoga.” (5)

“The Kriya Yogi mentally directs his life energy to revolve, upward and downward, around the six spinal centers….One-half minute of revolution of energy around the sensitive spinal cord of man effects subtle progress in his evolution; that half-minute of Kriya equals one year of natural spiritual unfoldment.” (6)