All the way up the winding staircase on the fifth floor of a brownstone townhouse in Boston, I sat in my dorm room reading about Kriya Yoga in Paramhansa Yogananda’s Autobiography of a Yogi. This book has been called the spark of the spiritual revolution this past century:

My father had given me his copy of the Autobiography when I was home on winter break, worried about my health — physically, mentally, and spiritually. I had returned to visit for Christmas quite a mess from overworking myself in a strenuous graduate program—completely focused on grades, career, weight, and anything that implied happiness—the end goal in sight—would arrive at the moment I achieved success in each of these outward things.

Dad had been told by his spiritual teacher that both of his daughters would have a spiritual opening at which time he would need to give us each a book that could help us find our way. Intuitively, he felt that Autobiography of a Yogi by Paramhansa Yogananda was precisely the book that I needed. Dad was right.

As I sat there reading, I felt joy in my heart as Yogananda described the metaphysical aspects of the science of yoga and the ancient, liberating wisdom passed down from India. I had no previous exposure to India aside from yoga classes at school, which I had no inkling had originated from a deep path of renunciation and meditation with the goal of union with Spirit.

Throughout the book were footnotes with scientific findings supporting the yogic truths woven throughout its pages. I was happy to discover a spiritual book based on a teaching that spoke to my scientific nature and natural joy of the heart.  By the time I reached chapter 26, “The Science of Kriya Yoga,” I was ready to receive these words:

“The science of Kriya Yoga, mentioned so often in these pages, became widely known in modern India through the instrumentality of Lahiri Mahasaya, my guru’s guru. The Sanskrit root of Kriya is kri, to do, to act and react; the same root is found in the word karma, the natural principle of cause and effect. Kriya Yoga is thus ‘union (yoga) with the Infinite through a certain action or rite.’ A yogi who faithfully follows its technique is gradually freed from karma or the universal chain of causation.

Kriya Yoga is a simple, psycho-physiological method by which the human blood is decarbonized and recharged with oxygen. The atoms of this extra oxygen are transmuted into life current to rejuvenate the brain and spinal centers.* By stopping the accumulation of venous blood, the yogi is able to lessen or prevent the decay of tissues; the advanced yogi transmutes his cells into pure energy.”

*The noted scientist, Dr. George W. Crile of Cleveland, explained to a 1940 meeting of the American Association for the Advancement of Science the experiments by which he had proven that all bodily tissues are electrically negative, except the brain and nervous system tissues, which remain electrically positive because they take up revivifying oxygen at a more rapid rate.

It seemed like a practical decision to learn a yogic technique that would help me be free. Deep inside, this made perfect sense to my soul. It could have easily been the only thing I sought from that moment forward. What more could I need than a way to be free! Free from the suffering brought by delusion, filled with the power to have full control over my energy. But I didn’t, like so many of us, really follow through at that moment. The information card that I had found (and even ripped out to ensure that I would remember to get in touch with someone about Kriya Yoga), got pushed further and further toward the back of my desk drawer.

As I continued reading the book, day by day I began to change. There was such power, truth, sincerity, and joy emanating from its pages that I couldn’t but follow the encouragement from Yogananda to meditate, serve others, practice yoga, have a positive, life-embracing attitude, direct my energies toward a meaningful and joyful purpose, and to fight the battle of life with courage and acceptance, seeing that through it all I could choose to remain calm and cheerful.

I stopped going out with friends on the weekend; I instead chose to eat healthier, wake up early, practice yoga and meditation, and feel happier. I chose to stop worrying so much about the details—graduation, finding a job, finding a relationship, being annoyed with my parents, losing ten pounds, whatever it was…And I chose to go on a journey.

Months before I was to graduate I was looking for a way to go deeper into the yogic teachings and way of living. I had since finished Autobiography of a Yogi and was doing my best to use what I learned to get through the last stint of school, yet I still had a longing in my heart that I could not ignore. I had to take the opportunity as soon as I finished school, before getting distracted with a new job, to do some kind of yoga retreat. Naturally, I looked for a retreat in places far away: India, Bali, Thailand—there were too many to choose from, and nothing really stood out.

Finally, I searched Google for the “best yoga retreat.” A list of top retreats reviewed by Newsweek came up. Included in the list was a retreat center close to my hometown in California. That could save me a lot of travel expenses, I sat there thinking. Why not? I clicked the link and arrived on the website of The Expanding Light Retreat in Nevada City, California. There on the homepage was a photo of Paramhansa Yogananda with an advertisement for their Karma Yoga Program (an even more affordable option!). In my heart, I knew that I had to choose that program if I were to go on a yoga retreat with the same depth and joy that I experienced while reading Paramhansa Yogananda’s words.

My first visit to the retreat was by far not my last. I quickly realized that the journey I had begun would also lead me to the teachings I would need to begin preparing for the Kriya Yoga technique I had read about months earlier. There was an entire course dedicated to helping karma yogis see step by step the depth and practicality offered in the revolutionary teachings Yogananda brought to the West. It was all part of a path, a lifestyle, a new approach to living that left me with an increasing experience of joy that filled my entire being. I felt a heightened experience of life that I had never before felt. It was truly an awakening.

When the opportunity to be given Kriya Yoga arose nearly nine months after my arrival to the retreat center; I knew that the time was now to learn the meditation technique. I didn’t see the point in waiting any longer before embarking on this next step in my journey back to union with Spirit.

How did I know it was time? The right next step?

Kriya means saying yes to life. Not just what you want out of life; rather, what Life wants to give to you. Kriya means energy-control. Learning to direct all of one’s energies inward and upward, so that someday, amidst the ceaseless tests on the battlefield of life, one can stand unshaken amidst the “crash of breaking worlds,” as Yogananda put it. It allows one, in times of pain or hardship, to choose joy. It brings about an acceptance of all things as a gift of love from God for our spiritual growth.

Kriya Yoga also means a commitment to daily meditation, balanced by service to others. It means being brave and steadfast when others don’t understand one’s commitment to walk the path toward freedom.

It means that as one who regularly and steadfastly practices Kriya, I want to be free; to awaken within. It means giving all of my energy to this goal. It is a vow to do whatever it takes to realize the Self.

As a Kriyaban, one who practices Kriya Yoga, I am happier and more grateful to be alive than ever before. I can’t imagine life any other way.

When Yogananda’s guru’s guru, or paramguru, Lahiri Mahasaya, received the technique of Kriya Yoga from the great master Babaji in the mountains of India, Lahiri asked that the technique be given to all sincere truth-seekers, including those who are householders—people with jobs, families, active duties and responsibilities in the world. This meant it would no longer be limited to cave-dwelling yogis whose lives permit them to meditate long hours of the day. We at that time entered into an age of increasingly higher consciousness and growing awareness that matter is a manifestation of energy. And what could be better for an age of energy than a technique for energy control?

Because Kriya Yoga was brought to light again for the benefit of those walking a householder path, I can live a spiritual life with a family—even practicing kriya while pregnant with my first child. I also have the opportunity to live in a spiritual community with others who also practice meditation. To receive such spiritual support by living in an environment helping me be true to my goals is a precious gift.

I can see that I still have so much to learn about what it means to be a Kriyaban, what this technique really means on one’s search, its inherent power.

But I know that the journey it brings is my path to ever-new Joy: that which I was always seeking.

“What the world needs now is a general uplift of consciousness. Such, our Masters have declared, is the function of the new rays of energy and consciousness that are entering the planet at this time. The role of Kriya Yoga is not intended only to inspire a few people to withdraw from outward activity and seek inner union with God. Its role is to show mankind how to live together on earth in higher awareness.”

**How did you find Autobiography of a Yogi? Share your story here. 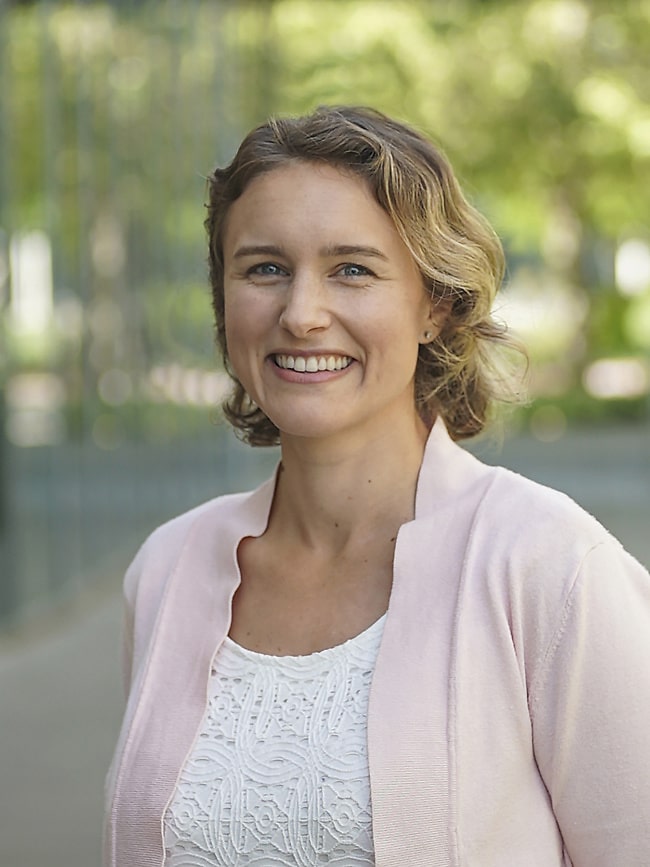