Who is a Yogi 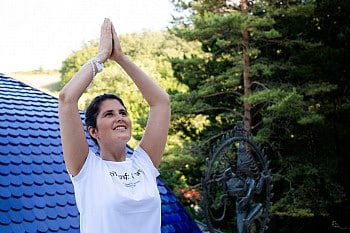 A practitioner of yoga. A yogi may be either married or unmarried, and may or may not have formal religious ties.

According to Paramhansa Yogananda, a yogi engages in a definite, step-by-step procedure by which the body and mind are disciplined, and the soul liberated. Taking nothing for granted on emotional grounds, or by faith, a yogi practices a thoroughly tested series of exercises which were first mapped out by the early sages. (1)

In the most well-known Hindu scripture, the Bhagavad Gita, it says, “The true renunciate and the true yogi are those who perform dutiful actions without desiring their fruits, not those who, eschewing self-offering, act with ego-motivation, nor those who (in the name of renunciation) eschew action.” (2)

According to Swami Kriyananda, the difference between a yogi and an average person is that the yogi accepts with equanimity whatever is. To a yogi, all things and all creatures are just plays of divine light and shadow. They react appropriately, but in their heart they see everything as aspects of the eternal drama of the Divine.(2)

A Day in the Life of a Yogi