In The Holy Science, Sri Yukteswar describes a recurring cycle of human development called the cycle of the yugas (or ages), caused by influences from outside our solar system that affect the consciousness of all humanity. He explains that as the yugas advance, humanity increasingly manifests its higher potentials and expresses divine virtue more and more completely. The world is now in the ascending half of the cycle, in the second age or Dwapara Yuga, which began in 1900 A.D.

The following article places the construction of the Great Pyramid in the descending half of the cycle of the yugas, in the early centuries of the descending Dwapara Yuga, which began in 3100 B.C.  (See right sidebar for chart.)

The Great Pyramid has fascinated people for thousands of years, but the more it is studied, the more questions arise. The standard theory, that it was built as a tomb for Pharaoh Khufu around 2360 B.C., using only copper tools, wood, rope and sweat, is still around, but it is less and less able to answer the questions new evidence gives rise to.

The new evidence has given rise to numerous new theories of how the Great Pyramid was built, but one theme informs almost all them—that it could not have been built by primitive people just out of the Stone Age. It is simply too precisely built to have been constructed with copper and stone chisels, and its design is simply too sophisticated to have been conceived from the knowledge ascribed to the people of that era.

Clearly, the Great Pyramid is no ordinary structure. It is composed of more than 2.3 million limestone and granite blocks, some weighing as much as 100,000 pounds and transported to the site from as far away as 500 miles. Its base covers an area of over 13 acres. It is 455 feet tall, over half the height of the Empire State Building, and remains, 5000 years later, the heaviest structure on earth.

After carefully studying the Great Pyramid with the eyes of a professional machinist, Christopher Dunn, author of The Giza Power Plant, concludes that “the Great Pyramid—by any standard old or new—is the largest and most accurately constructed building in the world.” Using modern tools of a machinist’s trade, Dunn found surfaces that were flat to within 2/10,000ths of an inch.

Mathematically, materially and aesthetically, nothing like it has been built in the five millennia since its construction. Perhaps our ascending Dwapara Yuga culture will eventually build something matching its pure and exquisite form – but it hasn’t happened yet.

New questions on how it was built

Any discussion of the Great Pyramid eventually comes around to the subject of how it was built. The standard theory—that 100,000 men labored for three months a year for twenty years, using wooden rollers and levers, plaited flax rope, hardened copper chisels, and stone tools—has many flaws.

One is simply scale. In his book, The Hall of Records: Hidden Secrets of the Pyramid and Sphinx, David Joachmans questions whether there would have been enough wood in Egypt and the Levant to provide the millions of wooden rollers and levers needed. The crushing weight of the limestone blocks would have splintered the rollers rather quickly. If, on average, ten rollers were destroyed in the process of transporting one 20,000-pound stone block, 23 million rollers would have been needed. That’s a lot of trees.

Even if the problems of scale and lack of raw materials could be explained by foreign trade, no one has provided a convincing argument for how hardened copper tools could have created the precision surfaces found all over the Great Pyramid. Even using the best tools available today, achieving a surface flatness measured in 10,000ths of an inch is difficult. Using hand tools, it is simply impossible.

There is also the problem of the mathematical precision of the Great Pyramid, whose dimensions allow one to accurately calculate pi and phi to four decimal places. Such exactness suggests that the ancient Egyptians, far from the conventional Stone Age image, had mathematical knowledge believed discovered more than a thousand years later.

And finally, there is the issue of organization: how could a supposedly primitive society be capable of the organization, planning, and building skills required to sustain such an effort for decades?

New evidence on when it was built

The date of completion of the Great Pyramid, according to the standard theory, is approximately 2560 B.C. But based on carbon dating by scientists in the 1980s of mortar between unexposed stone blocks, the completion date is now estimated as 2900 B.C.—roughly at the beginning of descending Dwapara Yuga. There is also new evidence suggesting that the site was in use for other purposes for many millennia prior to 2900 B.C.

It has long puzzled Egyptologists that the Great Pyramid is built over a mound approximately one hundred feet above the level of the Giza Plateau. Robert Bauval, author of The Orion Mystery and The Egypt Code—noting the slightly different building style used for the pyramid’s lower level—concludes that the mound may have served as an observatory before the Great Pyramid was built.

Bauval’s conclusions are supported by evidence gathered by Dr. Robert Schoch, Professor of Geology at Boston University, suggesting that the Giza Plateau was used for astronomical and sacred purposes as long as 4000 years before the Great Pyramid was built—back in descending Treta Yuga.

It was probably never a tomb

Caliph Al-Ma’mum, who led the first exploration of the Great Pyramid in the 9th Century A.D., had to tunnel and blast his way into the upper chambers. He and his workers found no soot on the ceilings as one would expect had torches been used before. He reported that he and his men thoroughly searched all the chambers and found absolutely nothing other than the stone coffer in the King’s Chamber—no mummies or riches.

The Great Pyramid also has numerous features that would be unnecessary if it were only a tomb. Perhaps most telling is the presence of airshafts to bring fresh air into the King’s Chamber. Not only would the deceased Pharaoh not need any air, the fresh air would speed decomposition, a rather counter-productive effect if the goal of the chamber was to preserve the Pharaoh for eternity.

Other theories of why it was built

Such features as the Grand Gallery and the ceiling of the King’s Chamber, as well as the mathematical precision of the Great Pyramid, have led people to search for other theories of why it was built.

Robert Bauval, in his ground-breaking book The Orion Mystery, makes the case that the Great Pyramid is part observatory and also part of a star map laid out on the ground in grand scale. The Great Pyramid and the two other pyramids on the Giza Plateau, when seen from above, mirror the alignment of the three stars that make up Orion’s belt. Currently, the alignment is very close, but their alignment may have been even closer in 11,500 B.C., when, Sri Yukteswar tells us, mankind’s development was at its peak.

A recent theory, described in Christopher Dunn’s Giza Power Plant, makes a well-reasoned and well-researched case that the Great Pyramid is the correct size to vibrate in harmony with the earth’s pulse, just as a shorter piano string vibrates in harmony with a longer string even if the longer string is octaves lower. The millions of tiny shifts in the earth’s crust, mantle, and core are believed by some scientists to result in a constant pulse, with a measurable wavelength. Dunn meticulously argues that the Grand Gallery and the King’s Chamber could have been equipped to “step up” the low frequencies of the earth’s pulse into higher and more energetic frequencies.

The Great Pyramid’s placement within the cycle of yugas suggests that the ancient Egyptians of this time understood the laws of energy. Thus, they might well have harnessed the earth’s seismic power in the profoundly simple and ecologically harmonious manner explained by Christopher Dunn.

Many personal accounts strongly suggest that the Great Pyramid affects people’s conscious experience while they are inside its various chambers. Perhaps the best known is that of Paul Brunton, mystic and author of several books, including A Search in Secret Egypt. In the 1930s, Brunton arranged to spend a night in the King’s Chamber, during which he had a profound and life-changing out-of-body experience. He recounts that his guide told him profound truths and showed him many undiscovered chambers.

Napoleon Bonaparte also visited the Great Pyramid and requested that he be left alone in the King’s Chamber. His aides reported that he emerged some time later white and shaken. When asked what had happened, he answered evasively, implying that no one would believe him.

Elizabeth Haich, in her book Initiation, recounts a former life as an initiate in ancient Egypt. She maintains that the Great Pyramid was methodically used to help people break through into higher consciousness—people who were very close to achieving that state, but not able to achieve it on their own.

Haich recounts that the initiates prepared carefully for the experience, and that they needed to have refined their bodies, especially their nervous systems, to handle the much higher frequencies of subtle energy. They especially needed to prepare their minds, through mental disciplines of concentration and meditation, so that they would not to be overwhelmed by the experience.

Haich describes the entire Giza Plateau as a home both for those in training to receive initiation and for those who had received it. The picture Haich presents is that the initiates were Egypt’s most precious achievement, insuring that only those who were truly wise guided their government and culture.

We will perhaps never know which, if any, of the various theories about the Great Pyramid are correct. As one can imagine, mainstream archeologists roll their eyes when they hear many of these theories. As rational empiricists, they can only accept what can be measured and therefore, in their eyes, proven. We are confident, however, that as Dwapara Yuga progresses, the growing knowledge of the Great Pyramid will play a significant role in revolutionizing archeological thought.

To Order: The Yugas: Keys to Understanding Man’s Hidden Past, Emerging Present, and Future Enlightenment, go to Crystal Clarity Publishers.

The Myth of the Caveman

More and more evidence points to a far longer history of civilized man than is currently assumed, and to a picture of man in 10,000 B.C. far different from the caveman of popular conception.

Imagine a world in which everyone could perceive the thoughts and character traits of those around them.

172. My Soul-Submarine Is Searching for Thee

I found myself suffocating in the dark vapors of worldly ambition as my vessel sailed over life’s seas. Fearful of dying in delusion, I sought out and boarded the submarine…

About the Author
Joseph (Puru) Selbie 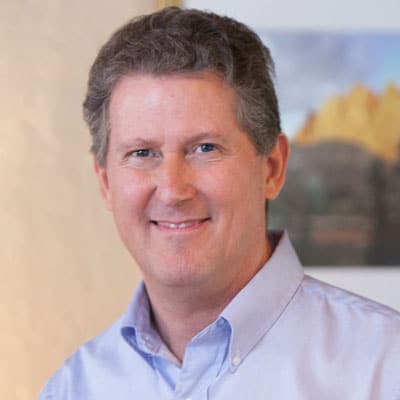 Joseph (Puru) Selbie, author of The Physics of God, is known for creating bridges of understanding between the modern evidenced-based discoveries of science and the ancient experience-based discoveries of the mystics. He is a founding member of Ananda — a global spiritual movement inspired by Paramhansa Yogananda, author of Autobiography of a Yogi.
Read more