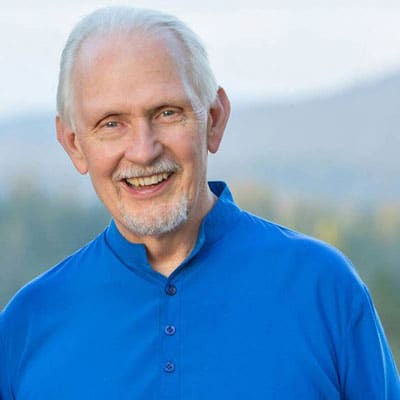 Nayaswami Jyotish and his wife Devi have served together as spiritual directors of Ananda Sangha Worldwide since 1984. With the passing of Swami Kriyananda, the founder of Ananda, in 2013, Jyotish and Devi continue to carry on the great work that he started.

Nayaswami Jyotish was named by Kriyananda as his spiritual successor after decades of helping him build Ananda’s work around the world. Jyotish began taking classes from Kriyananda in 1967 and together they moved to the rural property in the foothills of the Sierra Nevada Mountains of California in 1969, which is now a model spiritual community, Ananda Village.

How to Live Series with Ananda Ministers

How to Live Series