Ananda Solar Technologies is a start-up company by the members of Ananda India.

Swami Kriyananda is the inspiration behind the company. He tells a story of when he was a youth, and happened to lay on the pavement one night after he and some friends lost their way in the dark countryside of upstate New York.

He noticed that the pavement was still warm from absorbing the sun’s energy during the day. The memory of this experience later gave birth to the idea of solar thermal storage.

Using solar thermal storage to produce electricity is not unique. People make electricity all over the world using this technology. Usually it is done on a big, industrial scale. However, a few of our members researched this concept to produce small, individual units that can be put on rooftops of residential homes, or commercial buildings. 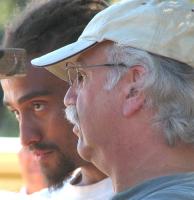 There are major daily rolling blackouts all over India to keep the integrity of the power grid intact. Simply put, there is not enough power to meet all of the country’s power needs. This was seen in California during summer of 2000, when the state first de-regulated the power industry.

Right now we are in the development stage of finding a way to store the sun’s energy and turn it into electrical power. It is looking as though it has the potential to work within our parameters, which are: 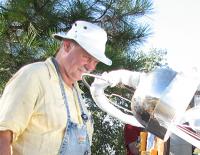 Our units are hybrid, and use a combination of wind power and solar PV (photo voltaic) panels. The hybrid system has the advantage over a purely solar power system in that it uses wind, so when the sun is not shining you can still produce power.

Another advantage of the hybrid system is that it comes with a lower price tag. Wind power technology is much cheaper to produce than the silicone-based PV panels. Thus, by combining the two, you can bring down the total cost of an “off–the-grid” system, while producing the same amount of power.

These hybrid units could be taken to Indian villages to give the people there, for the first time, electrical power to help improve their quality of life. To that end, Ananda Solar Technologies has teamed up with the Government of India. 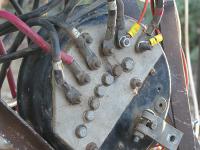 Statistics show that whenever electrical power is brought to Indian villages, their economy improves. Electrical light gives the villagers additional time not just during the day, but after sunset, for cottage industries.

It also gives them power to run a fan. This can make a big difference in the Indian village on a hot day!

When we visited villages that received government funds for solar power systems, we noticed that they would have a TV set. That TV was the only means of communication with the outside world for a village with no way of transportation other than walking. News of state, country and the world could now reach the villagers, who before would be only aware of a nearby area they could reach by walking. New ideas and ways of doing things come from such expanded knowledge. 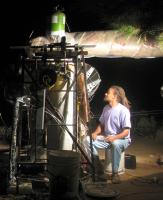 The night is lit up by the solar thermal storage unit!

We are also working on bringing these hybrid systems to other clients: a Girls’ School in Varanasi, an organic dairy near Faridabad, and the Ananda Sangha Ashram in Gurgaon.

The Varanasi Girls’ School was started by a trust fund that recognized the limited options girls had in Indian villages. They would marry young and spend their lives taking care of husband and children. An opportunity for good education is changing that, and the hybrid power is an essential part of the change.

The dairy outside Faridabad is a small operation that makes organic milk products, and hosts what is called agro tourism. Agro tourism gives people an experience of what it is like to live on an organic farm. 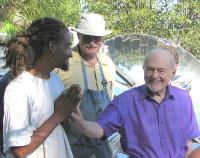 Swamiji and the engineers

The owners of the farm noticed that the laborers from the local village would bring their children with them to work. The families found this easier than to make the trip to the far-off school.

The owners of the farm then took it upon themselves to start a trade school for the children. They are now taught how to sew, plus carpentry and electrical skills. Ananda Solar Technologies is working with the farm owners on bringing hybrid electrical power to this school, as there is no reliable electrical power there.

Ananda Ashram in Gurgaon is a 3- story building with a large basement. The upstairs houses the staff, and the basement has the Ashram’s temple. 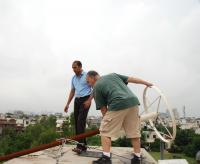 On the Roof of the Ashram in Gurgaon

Ananda Solar Technologies recently turned the basement into a “green” area. We installed a wind turbine and solar panels on the roof, and are using this power to run the temple lights and fans. This also gives us a convenient place to try out new techniques!

One of the funding ideas for our fledgling company is to sell the “green” hybrid systems to affluent people in India, in hopes of reducing the widespread use of diesel power generators during the daily power outages.

Let there be Light!

In Gurgaon alone, for example, the power goes out 8 – 10 hours a day. To cope with this problem, every residential, industrial, and commercial customer uses diesel generators. This creates huge air and noise pollution.

If we can replace these generators with clean and quiet hybrid systems, it would go a lo-o-ong way in reducing the area pollution, as well as the green house effect that is responsible for global warming. 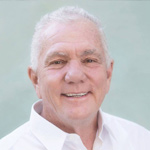