Only a few days left to the launch of the new book “Revelations of Christ” written by Swami Kriyananda. A large group of us from the Ananda Village are heading down to Los Angeles to help with and attend this event as well as to attend and support the opening of Ananda Los Angeles.

I recently interviewed my wife Suzanne, who is the event coordinator for the upcoming book launch.

Koral: How are the preparations for the book launch going?

Koral: How many people are working on the book launch?

Suzanne: The core group is four people. Underneath that core group there are eight different teams, including 70 people in choir, green room team of four people, vending team (book and CD sales) of ten people, security team of six, special edition (for the special edition of the Revelations) team of four, will call and ticket team of two, usher team of twelve in addition to the twelve ushers from the theater, production team of three people with four staff from the theater and last but not least, the stage design team of four. So, there is quite a number of people helping create this beautiful event.

Koral: Have you seen the theater yet ?

Suzanne: Yes, I went down and visited it a few weeks ago. It’s a very nice theater.

Koral: How does it compare to last year’s theater that was used for the “The Essence of the Bhagavad Gita” book launch ?

Suzanne: It’s about 40% bigger than last year’s theater. Last year’s theater held 900 people. This one holds just under 1400 people. It’s set in a very beautiful location of the Veterans Administration complex. So, it’s got a lot of grass and park-like area around it. The inside has a very intimate setting. Even the person in the very back of the top balcony will feel like they are still very much part of the show. 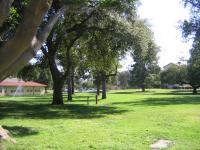 Koral: What are we doing differently this year compared to last year’s event?

Suzanne: Well, Ananda is very much a place of invention and new ideas and new thoughts, always trying to improve things. One of the things we are doing differently from last year is last year we had one person managing every detail about the event; everything from promotion to the ticket sales, and to the event itself. This year we have things separated more into teams, instead of one person we have a core managing team of four.

Koral: What is your role in this event?

Suzanne: My role is to make sure that the event on Saturday night happens without a hitch. Making sure that the production team, stage design team, green room team, ushers, greeters, choir, and guests have everything they need.

Koral: Are you excited to be doing this project?

Suzanne: Yes, I am. It’s a nice opportunity and something different than my normal everyday routine.

Koral: Would you do it again next year ?

Suzanne: [laughter] It actually has not been as stressful as it could have been. I think one of the reasons it has not been that stressful is because I don’t have responsibility for every aspect of the event. Somebody else is in charge of publicity and public relations. A wonderful person in the team is dealing with ticket sales, complimentary tickets, etc. Of course Sean (manager of Crystal Clarity Publishers) is making a lot of the very important overall decisions. Sean is the one who selected the hotel, the theater, and did a lot of the preliminary footwork. There are many other people that are coordinating all the other events leading up to the launch. Even though it’s been a fun, creative, a wonderful opportunity to work creatively with others, and inspiring others, next year I think it would be a wonderful opportunity for somebody else to have these experiences.

Koral: How are the ticket sales going?

Suzanne: Actually we think we will sell out. We only have about 187 tickets left. We started a very strong advertising campaign this week. So, we feel like we are going to sell out very quickly.

Koral: Thank you very much Suzanne for your time.